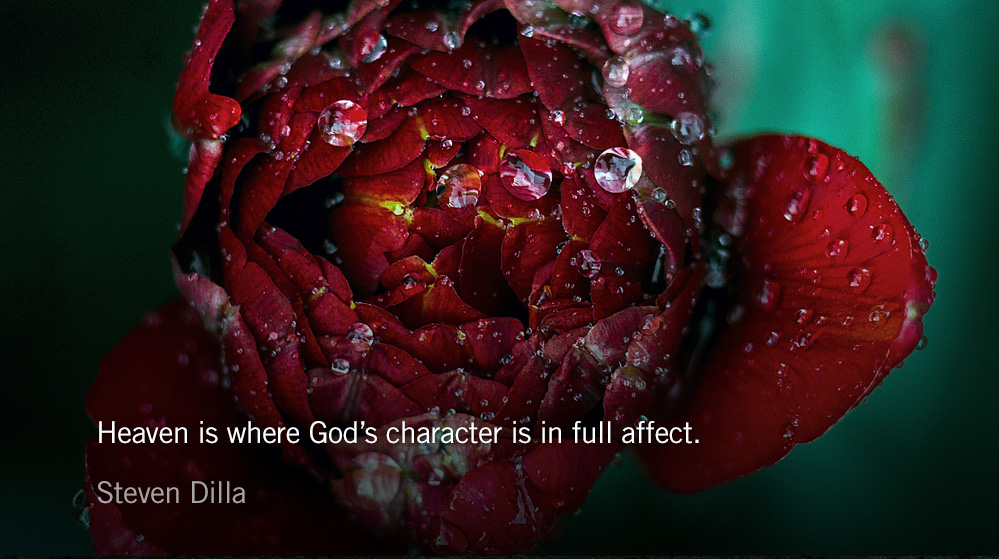 Anyone who does not love does not know God, because God is love. — 1 John 4.8

In the mid 18th century William Paley formulated what is known as the ‘Watchmaker Argument.’ Though Paley’s analogy was meant to provide a God-centered explanation of scientific creation, “There cannot be design without a designer,” it greatly impacted the trajectory of theology in the western world.

The Watchmaker Analogy described creation as an intricate and complex pocket watch. God crafted the heavens and the earth, humans and culture, beauty and brilliance—he set everything in motion—and now sits, detached from his creation, in heaven. Paley explained:

The watch must have had a maker: there must have existed, at some time and at some place or another, an artificer or artificers who formed it for the purpose which we find it: who comprehended its construction and designed its use.

The equivalence of the divine with a master craftsman—as fastidious as he is devoid of personal interaction with his creation after it is set in motion—guided many of America’s founding fathers, and continues to shape our culture’s de facto understanding of God.

Later American theology, perhaps in an overcorrection, depicts God as intimately involved—but only because his intense anger demands he wage war against humankind. Entire branches of modern theology start and end with God’s anger. Heaven, in this way of thinking, is the place where God fumes, standing ready to lash out on his categorically unruly creation.

Heaven is not a distant place where God sits aloof and fuming; Heaven is where God’s character is in full affect. Scripture confesses that God is love—not just that he has love or shows love, but that his very nature is love. In this sense, 1 Corinthians 13 tells us who God is. The famous passage on love could be paraphrased: