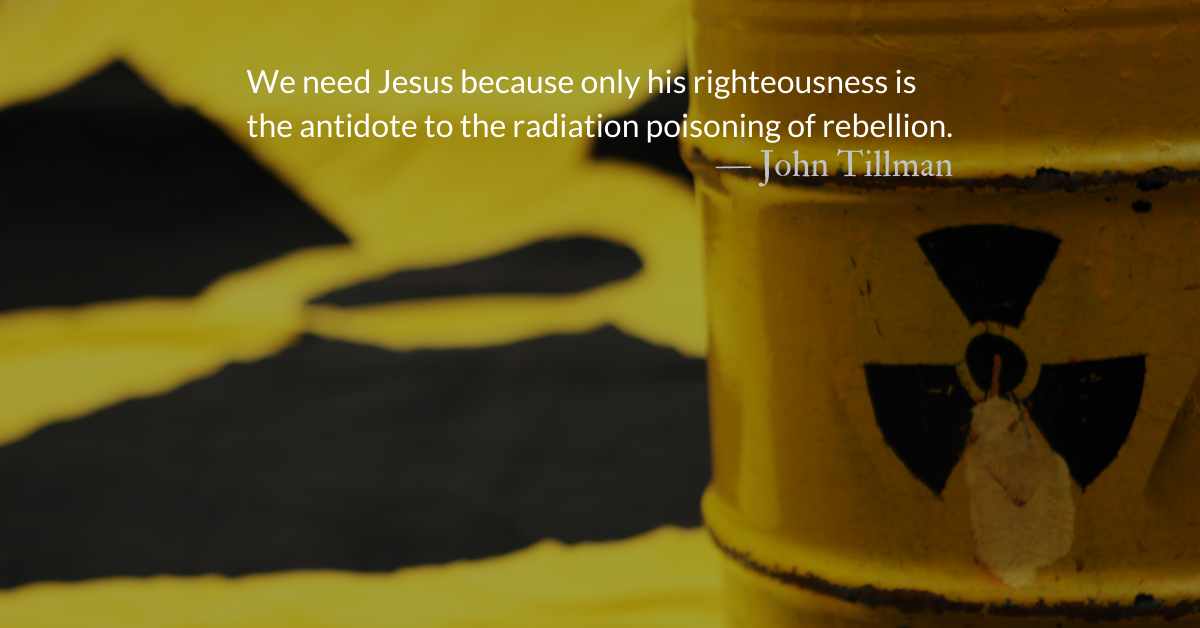 Scripture Focus: John 9.34
“You were steeped in sin at birth; how dare you lecture us!”

This mode of sin evaluation is favored by the Pharisees and many modern Christians. Thinking about sin in this manner makes it measurable and able to be compared. No matter how bad we are, we can always find someone who makes us look good by comparison.

This thinking also leads us, like the Pharisees, to see those in difficulty or hardship as suffering from their own sin and wrongdoing. This allows us to further exclude and punish the suffering while absolving ourselves from any responsibility to help them. Today, many view the poor through this lens, seeing generational poverty as the fault of the poor, and the community’s responsibility as minimal or non-existent. This view of the poor can’t be found anywhere in scripture—except perhaps in the views of the Pharisees.

Sin isn’t like a disease, a condition inside our bodies, as much as it is like an environmental condition, an inescapable influence that surrounds and penetrates us.

Sin is gravity. It is our atmosphere. It is our water. We are radioactive with sin. It vibrates out of us in ways that damage and harm us and anyone we come near.

We need Jesus because only his righteousness is the antidote to the radiation poisoning of rebellion. Making better choices and “sinning less” is a pleasant side effect.

We can blind ourselves, like the Pharisees, refusing to see our sin. Or we can admit our former blindness and, seeing Jesus, we can say as the formerly blind man did, “Lord, I believe.”

Divine Hours Prayer: The Small Verse
The people who have dwelt in darkness have seen a great light.

Read more about The Focus of Christ’s Anger
Jesus spent time with people who, by every cultural definition and religious law, would be under God’s wrath. Sinners. Heretics. Financial swindlers. Fallen women. Foreign occupiers. Shouldn’t Jesus have been angry with them?

Read more about Suffering and Sin
We feel less responsible when we believe only the lazy are poor, only the promiscuous are in danger of sexual assault, only hedonists become addicts, and only nihilists suffer depression.