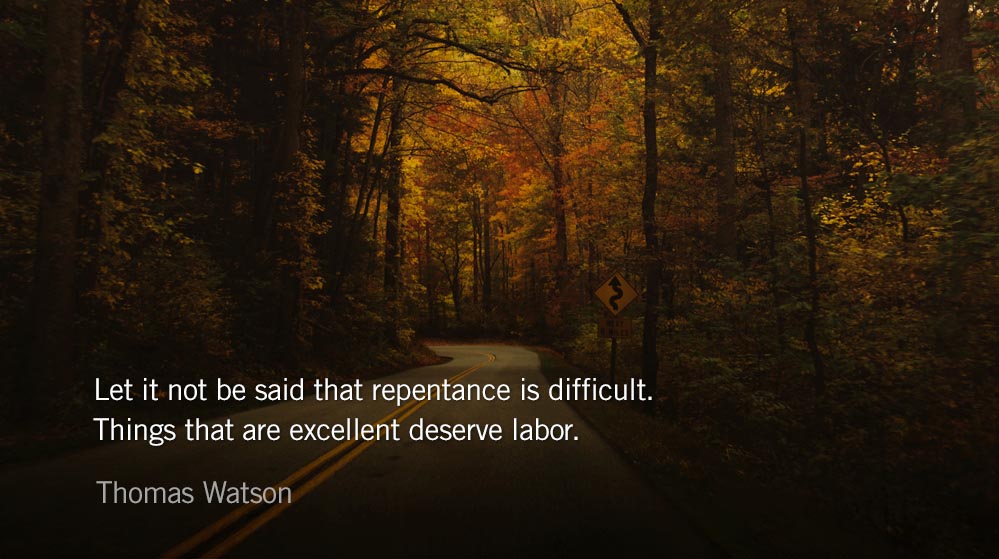 It is one thing to be a terrified sinner and another to be a repenting sinner. Sense of guilt is enough to breed terror. Infusion of grace breeds repentance. If pain and trouble were sufficient to repentance, then the damned in hell should be most penitent, for they are most in anguish. Repentance depends upon a change of heart.

Repentance is a grace of God’s Spirit whereby a sinner is inwardly humbled and visibly reformed. For a further amplification, know that repentance is a spiritual medicine made up of six special ingredients:

If any one is left out it loses its virtue.

Godly sorrow is fiducial. It is intermixed with faith: “the father of the child cried out, and said with tears, Lord, I believe” (Mark 9.24). Here was sorrow for sin checkered with faith, as we have seen a bright rainbow appear in a watery cloud.

Spiritual sorrow will sink the heart if the pulley of faith does not raise it. As our sin is ever before us, so God’s promise must be ever before us. As we much feel our sting, so we must look up to Christ our brazen serpent.

Some have faces so swollen with worldly grief that they can hardly look out of their eyes. That weeping is not good which blinds the eye of faith. The Christian has arrived at a sufficient measure of sorrow when the love of sin is purged out.

Confession of sin makes way for pardon. No sooner did the prodigal come with a confession in his mouth, “I have sinned against heaven,” than his father’s heart did melt towards him, and he kissed him

True hatred is implacable; it will never be reconciled to sin any more. Anger may be reconciled, but hatred cannot.

Let it not be said that repentance is difficult. Things that are excellent deserve labor.

*Excerpted and languages updated from The Doctrine of Repentance by Thomas Watson.