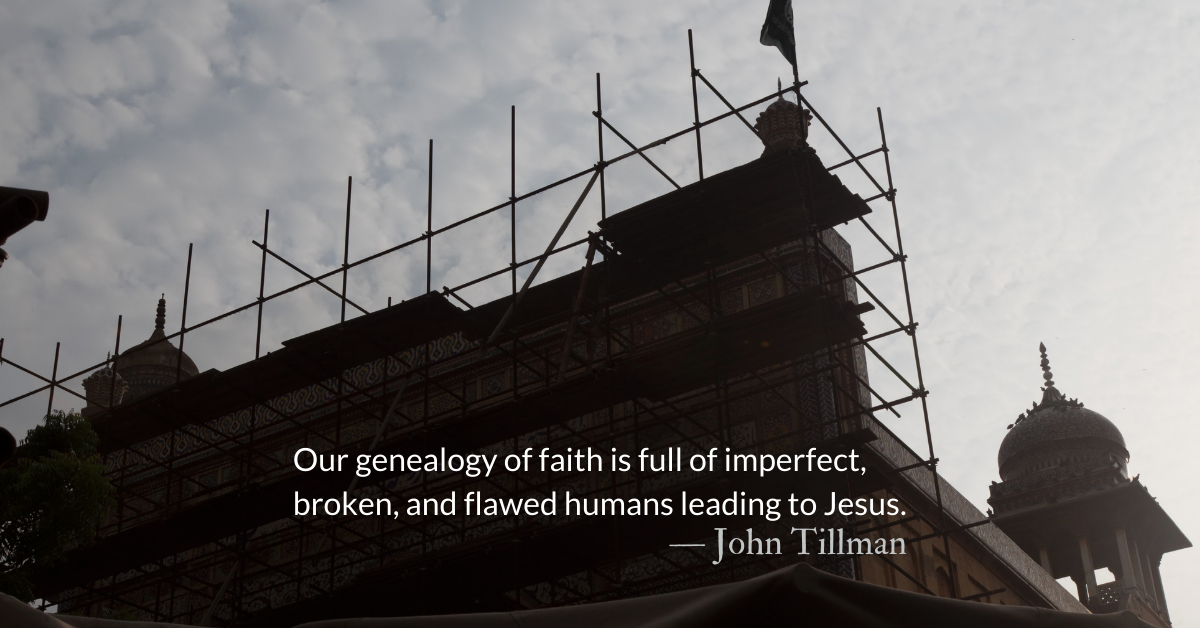 Scripture Focus: 1 Chronicles 7.21-24
Ezer and Elead were killed by the native-born men of Gath, when they went down to seize their livestock. 22 Their father Ephraim mourned for them many days, and his relatives came to comfort him. 23 Then he made love to his wife again, and she became pregnant and gave birth to a son. He named him Beriah, because there had been misfortune in his family. 24 His daughter was Sheerah, who built Lower and Upper Beth Horon as well as Uzzen Sheerah.

Hebrews 11.13-16
13 All these people were still living by faith when they died. They did not receive the things promised; they only saw them and welcomed them from a distance, admitting that they were foreigners and strangers on earth. 14 People who say such things show that they are looking for a country of their own. 15 If they had been thinking of the country they had left, they would have had opportunity to return. 16 Instead, they were longing for a better country—a heavenly one. Therefore God is not ashamed to be called their God, for he has prepared a city for them.

Most readers probably don’t remember Sheerah because her only mention is in a genealogy. Genealogies typically go father to son, father to son. Mentions of females are notable.

Genealogies seem boring to modern readers. Name after name parades down the page (often names we have difficulty pronouncing) and we just don’t see the point.

The extreme individualism of our age is one reason for this boredom. We don’t typically feel connected to our ancestors. We see ourselves as solo artists or heroes, not a part of a whole. However, genealogies go beyond record-keeping. They tell stories.

Reading these passages was a way to re-experience the stories of those mentioned. Readers knew the stories from the other scriptures and the prophets. Their memories would light up as they read even just the names. Like a cameo of a Marvel character appearing briefly in a post-credits scene, these lists of names have exciting tidbits for those with the patience to read them.

The miniature stories we find in genealogies are hints of a larger tale. They are like open windows installed in a stairway, and it is worth pondering what the architect, the writer of the genealogy, hoped we would see.

Sheerah is a leader and architect. She built multiple cities, one of which bore her name. The other cities were twin cities on a border between two Israelite tribes: Ephraim and Benjamin. Upper Beth-Horan and Lower Beth-Horan, were not typical farming settlements. They were extremely important militarily and as part of the country’s religious life.

Beth-Horan guarded an important ascent toward Jerusalem and was a city dedicated to the Levites amidst those tribes. The “upper” part of the city was Ephraim’s and the “lower” part was Benjamin’s. Levites from these cities would serve in Jerusalem’s Temple on a rotating basis.

The writer of Hebrews says all the faithful long for another land, another city. This includes the men and women listed in the genealogy of faith called the “Hall of Faith” in Hebrews 11.

Our genealogy of faith is full of imperfect, broken, and flawed humans leading to Jesus. God is not ashamed to be called their God and he is not ashamed to be ours either. We are not alone in our walk of faith. Connection to and knowledge of our “cloud of witnesses” can inspire more Sheerahs to build cities leading others to God’s city.

Divine Hours Prayer: The Greeting
Your statutes have been like songs to me wherever I have lived as a stranger. — Psalm 119.54

Read more about No Such Thing as God Forsaken
May we not lose hope in our God or hope for our cities.

Read more about Faith of the Flawed
The purpose of this passage is to demonstrate how ordinary people overcame difficult situations through their faith in God.