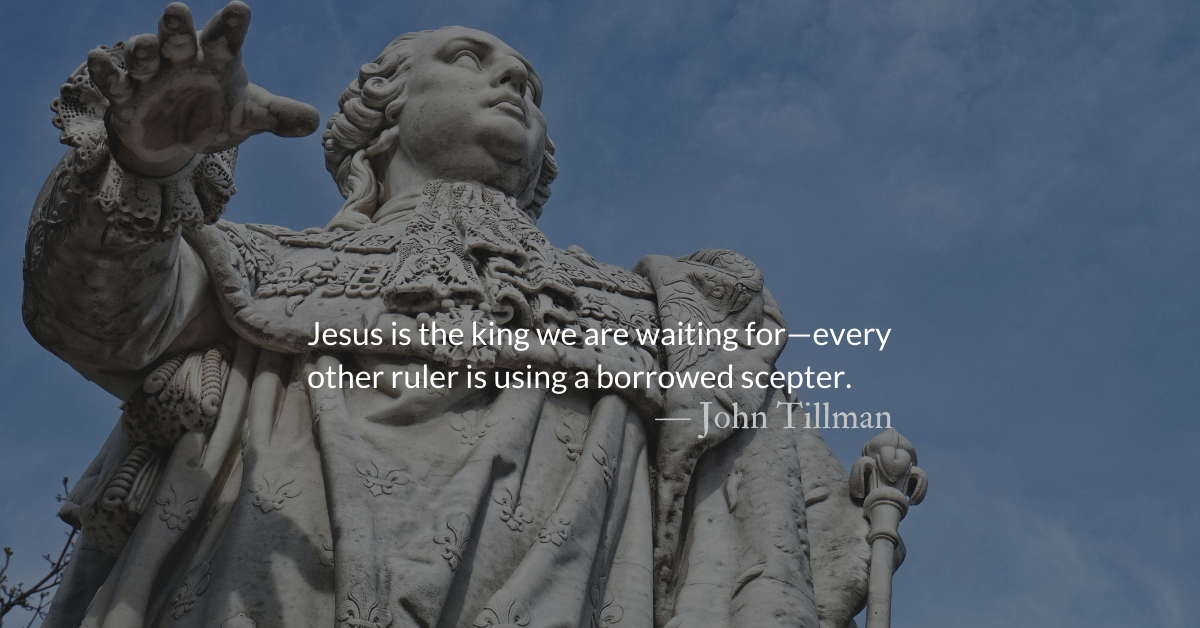 Scripture Focus: Genesis 49.10
10 The scepter will not depart from Judah,
nor the ruler’s staff from between his feet,
until he to whom it belongs shall come
and the obedience of the nations shall be his.

Luke 2.30-32
30 For my eyes have seen your salvation,
31 which you have prepared in the sight of all nations:
32 a light for revelation to the Gentiles,
and the glory of your people Israel.”

Most of what Israel says to Judah has little to do with the son in front of him, but the Son who was to come through him.

The ruler prophesied would eventually come to Judah. The staff of rulership that Israel saw, resting between the feet of Judah’s descendants, would one day be claimed and taken up.

Ten tribes broke away from the Davidic kings’ after Solomon’s death. The Northern secessionists kept the name, Israel, and the Southern kingdom, composed of Judah and Benjamin, was called Judah after the tribe of its rulers.

Judah and Benjamin managed to preserve their identities and heritage through Babylonian captivity and, eventually, were returned to their capital of Jerusalem to rebuild. The northern tribes were less successful, if at all, in holding on to their unique identity. This is perhaps due to how muddled and corrupted their identity was even before captivity.

The Northern kingdom never had a ruler who could be classified as “good.” In fact, King Ahab, whose name is synonymous with poor leadership and corruption, might be considered one of the better kings Israel ever had. He set quite a low bar, but most who came after him were even worse. Almost half of the kings of Israel took the throne by insurrection or assassination.

The rulers of Judah fared better but still suffered political swings from evil and idolatrous rulers to pious and faithful reformers. However, none of them were the one foreseen. That is Jesus alone.

Jesus is the king we are waiting for—every other ruler is using a borrowed scepter.

From Joseph’s beneficent Pharaoh to Moses’s genocidal Pharaoh, rulers are highly variable. But no ruler, not the best of Pharaohs or of Judah’s kings, not any emperor or empire past, present, or future, is worthy of our unswerving loyalty. Any of them will betray our hopes. None of them can be trusted to deliver us. The best human rulers are but poor stand-ins for Christ and the worst of them are anti-Christs.

No matter if we live under Pharaohs or Sauls, under Davids or under Ahabs, under Hezekiah’s or under Nebuchadnezzars, they are only shadows that will pass and grass that will dry up and blow away.

Divine Hours Prayer: The Greeting
Out of Zion, perfect in its beauty, God reveals himself in glory.
Let the heavens declare the rightness of his cause; for God himself is judge. — Psalm 108.2