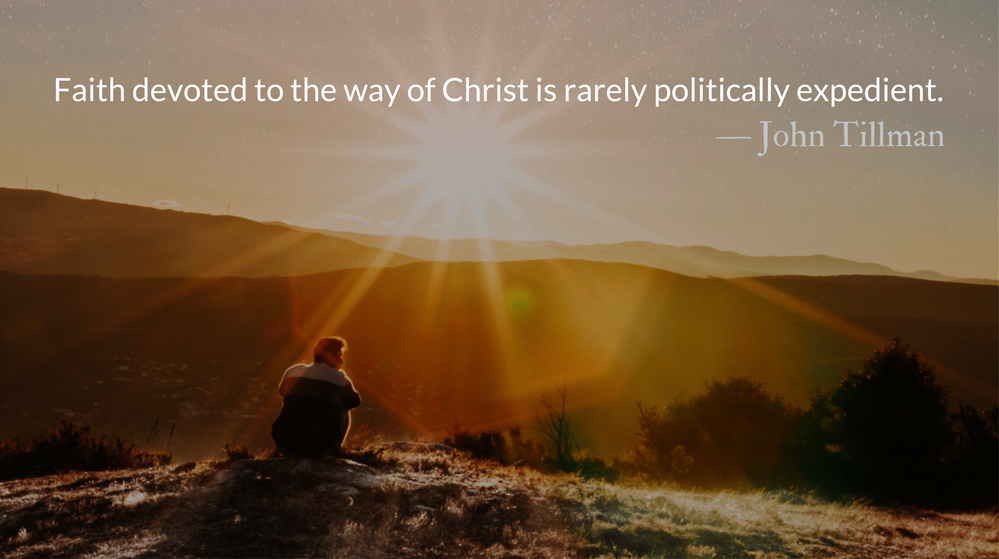 Scripture: Romans 1.16-17
For I am not ashamed of the gospel, because it is the power of God that brings salvation to everyone who believes: first to the Jew, then to the Gentile. For in the gospel the righteousness of God is revealed—a righteousness that is by faith from first to last, just as it is written: “The righteous will live by faith.”

Constantine, Emperor of Rome from 306 AD to 337 AD, is known as a “Christian Emperor” but for most of his public life was a follower of Sol Invictus and seemed to be unable or unwilling to renounce publicly this politically advantageous faith, only being baptized in the last moments of his life.

Constantine’s statements were frequently ambiguous enough that Sol Invictus supporters would assume he was reverencing the Sun and Christians would assume he was reverencing the Son of God. One of several examples noted in A Brief History of Sunday, by Justo Gonzalez is that when walking to set the lines that the walls of Constantinople would follow, he was asked how far he intended to walk and responded, “As far as the One who leads me.” Christians understood this “one” to be their God, and devotees of the Sun to be theirs.

This ambiguous rhetorical caution is repeated in Constantine’s edict that made, from a Christian point of view, the day we call Sunday a day of Christian rest and worship. From the viewpoint of a Sol Invictus worshiper, Constantine promoted their religion to primacy by enshrining the day of the sun, Sunday, as the first day of the week—demoting the god Saturn by demoting Saturday.

Was Constantine faking or just being “ecumenical?” Was he being wise yet innocent, as Jesus advised? Or was he being “ashamed of the gospel”? Maybe a little of both? We don’t know for sure, but many of his actions seem to indicate sincerity.

Faith devoted to the way of Christ is rarely politically expedient and being a Christian in political service involves careful, refined, rhetorical language. Yet, Christians in any party have proved to be a politically naive group—swallowing whatever politicians want as long as they quote the Bible verses we like and avoid the ones we don’t.

We have been duped by politicians who have no demonstrable history of spiritual practice, discipline, or charity but who suddenly start standing on stages with famous Christian pastors, talking about prayer or about helping the poor.

May we view faith that conveniently seems similar to our own with grace, but also with wisdom—accepting but also testing. When it comes to politicians, and anyone else, may the only standard we judge them by be the one Jesus gave us: by the fruit of their actions.

The Call to Prayer
Sing to the Lord and bless his Name; proclaim the good news of his salvation from day to day.
Declare his glory among the nations and his wonders among all peoples. — Psalm 96.2-3