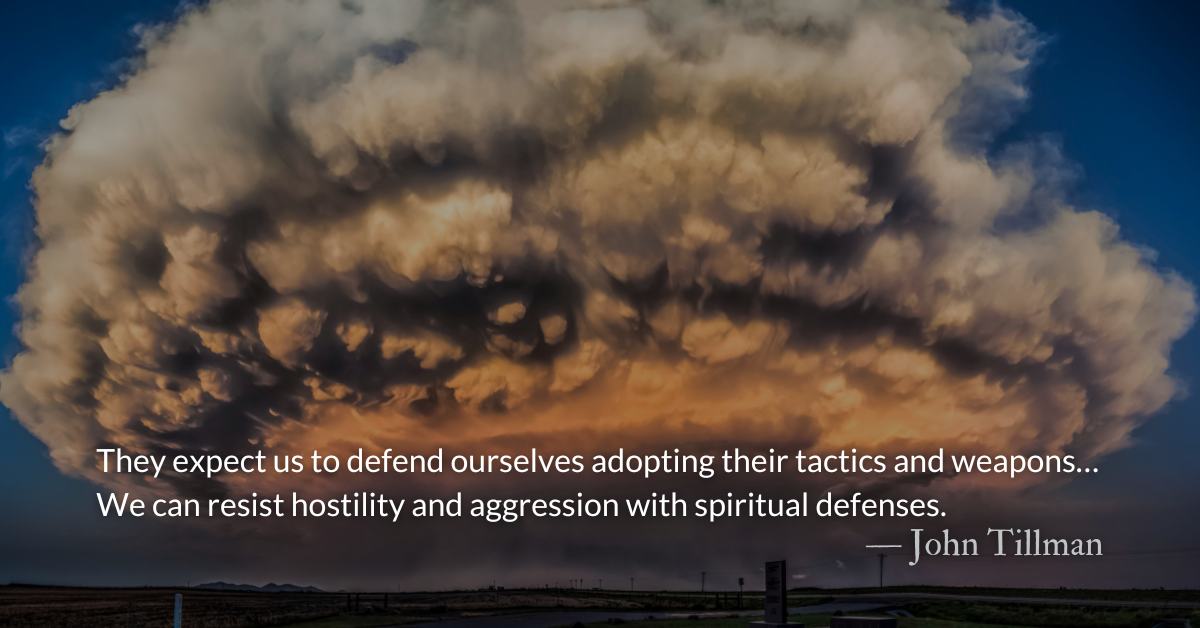 Scripture Focus: Ezekiel 38.21-23
21 I will summon a sword against Gog on all my mountains, declares the Sovereign Lord. Every man’s sword will be against his brother. 22 I will execute judgment on him with plague and bloodshed; I will pour down torrents of rain, hailstones and burning sulfur on him and on his troops and on the many nations with him. 23 And so I will show my greatness and my holiness, and I will make myself known in the sight of many nations. Then they will know that I am the Lord.’

The identity of Gog and Magog is one of those mysteries well-meaning Christians have spent much energy deciphering without success.

Ezekiel used symbolic names (Oholah and Oholibah) for Israel and Judah. Gog and Magog could be symbolic names as well. However, Ezekiel pronounced judgments by name against nation after nation, including Egypt, Sidon, and Tyre. He didn’t have a problem putting them on blast. It makes sense that Gog and Magog are metaphors for many kings and kingdoms rather than having specific symbolism.

Gog and Magog show us how nations and powers align themselves against God’s people wherever they settle. Ezekiel tells us the thoughts in the invaders minds. “The villages have no walls. The people are peaceful. The land is unsuspecting. Once we loot them, we will prosper at merchants who will buy what we steal.” (Ezekiel 38.10-13) God’s people seem like an easy target. These invaders come against a land that seems defenseless but they face destruction they have no defense against. Gog’s swordsmen will turn on themselves. Magog’s hellish aggression will fall on his own troops. (Ezekiel 38.21-22).

Perhaps Gog and Magog were intended to represent specific kingdoms but it seems more likely, and more useful to our discipleship, to see Gog and Magog standing in for all kingdoms. They might represent any nation or powerful group.

The Gog and Magog that come against us today are not necessarily physical kingdoms. They can be kingdoms of ideas and agendas armed with misinformation and conspiracy theories. They think us easy marks. They expect to conquer us, using us to enrich themselves. They expect us to defend ourselves adopting their tactics and weapons.

We can frustrate the kingdoms of this world by refusing to meet these expectations. We don’t live in the dreamy world of idyllic safety and peace that Ezekiel describes, yet; we can resist hostility and aggression with spiritual defenses.

By simply living under our own vine and fig tree and refusing to be made afraid, we nullify arguments based on fear. By living in openness and hospitality, we destroy weaponized racism and division. By treating enemies with grace, we conquer them with kindness.

Powers aligned against God’s people will always think us an easy target. But God is our defender and hope. When we rely on him we do not need to let anyone make us afraid and we will bring glory to him no matter the outcome.

Divine Hours Prayer: The Request for Presence
Be my strong rock, a castle to keep me safe; you are my crag and my stronghold. — Psalm 71.3

Read more about Of Pride and The Sword
In scripture the sword is not inanimate. The sword is hungry…The sword is wielded by kings and empires and then cuts them down.

Read more about God of all Nations
It seems ludicrous that we must keep repeating that the God of the Bible is not American, not White, and not partial to any race.