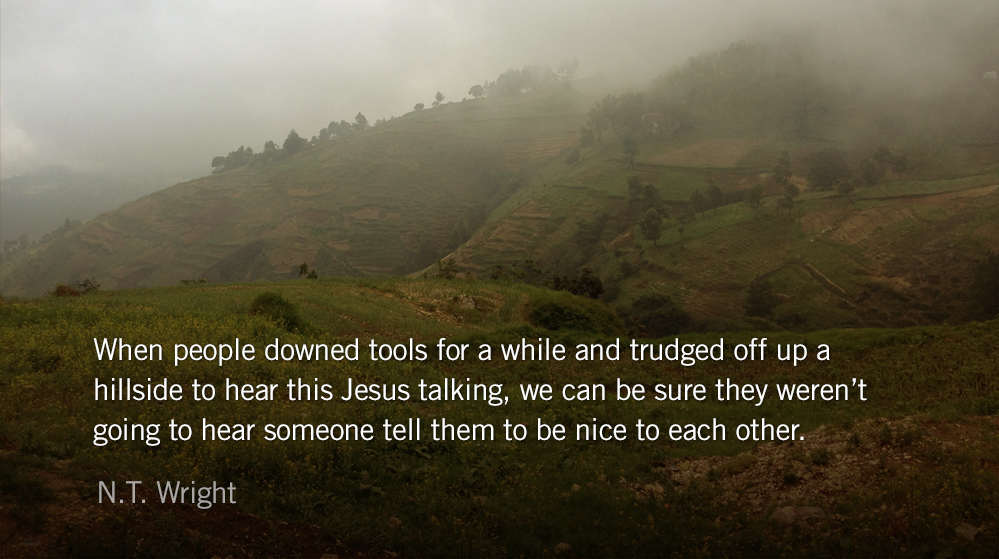 They saw the mute speaking, the crippled healthy, the lame walking, and the blind seeing. And they glorified the God of Israel. — Matthew 15.31

Reading the miracles of Christ with modern eyes can be challenging. One option, favored first by Thomas Jefferson, is to simply remove miracles from Christ’s story. In this way of understanding the New Testament, Jesus becomes a moral exemplar. His miracles, because they are inconsistent with modern science, simply vanish (Jefferson cut them out of his Bible with razor blades).

Yet understanding miracles is not simply a matter of taping them back in to what we accept about Christ’s life. In order to understand what Christ was doing, and why the Gospel writers chose to record particular miracles in their accounts, we must first look at why anyone gathered around Jesus in the first place. In his book Who Was Jesus?, N.T. Wright explains:

When people downed tools for a while and trudged off up a hillside to hear this Jesus talking, we can be sure they weren’t going to hear someone tell them to be nice to each other; or that if they behaved themselves (or got their minds round the right theological scheme) there would be a rosy future waiting for them when they got to ‘heaven’; or that God had decided at last to do something about forgiving them for their sins.

Instead, Wright proposes, people gathered around Jesus because they saw the Scriptures they knew so well being fulfilled in front of their eyes. A cursory glance at the miracles recorded in Matthew parallels Isaiah’s prophecy:

Then the eyes of the blind shall be opened, and the ears of the deaf unstopped; then shall the lame man leap like a deer, and the tongue of the mute sing for joy.

Christ’s miracles weren’t entertainment for a crowd or party tricks to show he was a neat prophet. With each miracle Christ demonstrated that restoration beyond what our world is capable of producing will one day come through his reign. Dr. Wright concludes:

The strange thing about Jesus’ announcement of the Kingdom of God was that he managed both to claim that he was fulfilling the old prophecies, the old hopes, of Israel and to do so in a way which radically subverted them. The Kingdom of God is here, he seemed to be saying, but it’s not like you thought it was going to be.