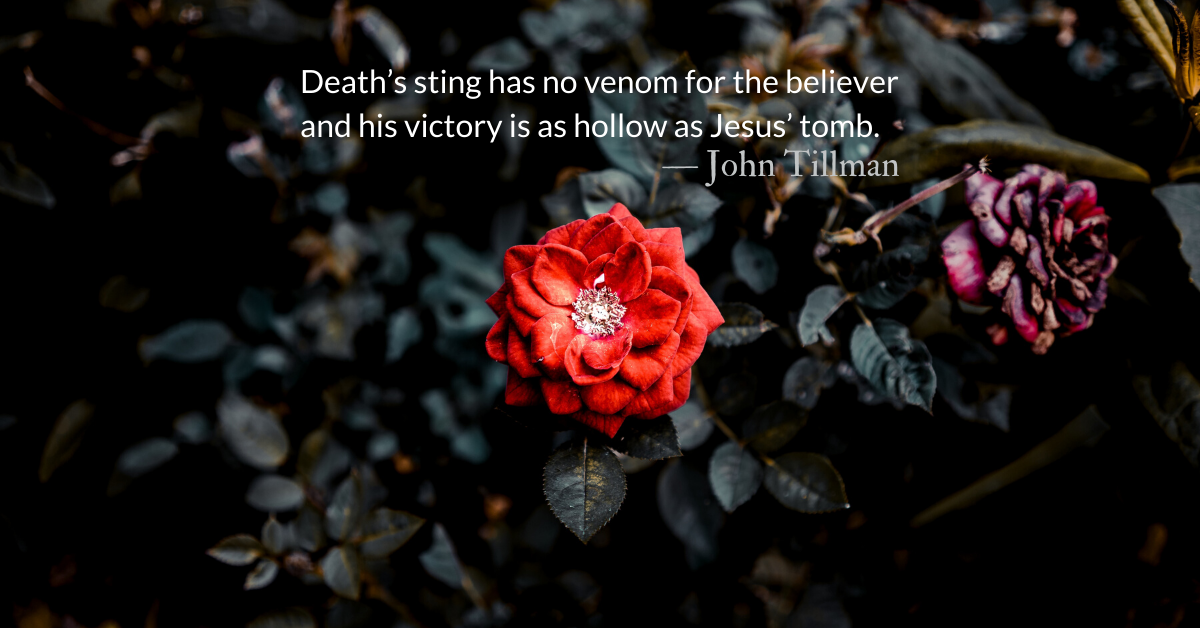 Make No Peace With Death

Reflection: Make No Peace With Death
By John Tillman

Divine Hours Prayer: A Reading
Jesus said to the disciples: “In truth I tell you, when everything is made new again and the Son of man is seated on his throne of glory, you yourselves will sit on twelve thrones to judge the twelve tribes of Israel. And everyone who has left houses, brothers, sisters, father, mother, children, or land for the sake of my name will receive a hundred times as much, and also inherit eternal life. Many who are first will be last, and the last, first.” — Matthew 19.28-30

Read more about Immortality and Resurrection
The point of the resurrection…is that the present bodily life is not valueless just because it will die. — N.T. Wright