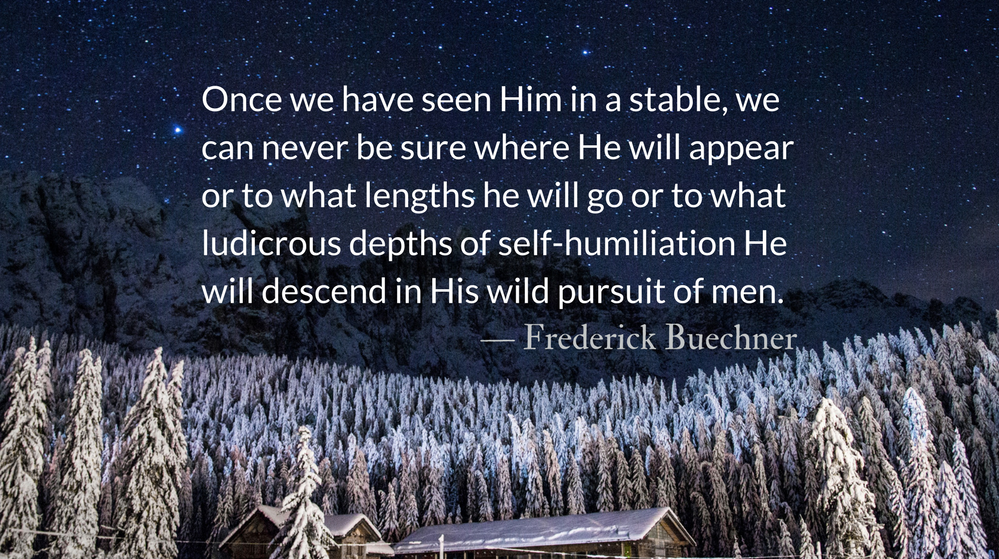 The Christmas story is not, primarily, a news report of Jesus’ birth—it is an account of the significance of Immanuel; God with us. In his book, The Hungering Dark Frederick Buechner explains:

The longer I live, the more inclined I am to believe in miracle, the more I suspect that if we had been there at the birth, we might well have seen and heard things that would be hard to reconcile with modern science.

“How silently, how silently, the wondrous gift is given. So God imparts to human hearts, the blessings of His Heaven.” remarks Phillip Brooks’ 19th century hymn, “Oh Little Town of Bethlehem.” Brooks had visited Bethlehem and was so moved by Christ’s birthplace he said the experience would be forever, “singing in my soul.” In a letter to his father in December of 1865 he wrote,

After an early dinner took our horses and rode to Bethlehem. It was only about two hours when we came to the town, situated on an eastern ridge of a range of hills, surrounded by its terraced gardens. It is a good-looking town, better built than any other we have seen in Palestine. As we passed, the shepherds were still “keeping watch over their flocks,” or leading them home to fold.

The simplicity of Bethlehem became Brooks’ artistic contrast for the remarkable brilliance of Christ’s advent. In the same spirit, Buechner concludes, “Once we have seen Him in a stable, we can never be sure where He will appear or to what lengths he will go or to what ludicrous depths of self-humiliation He will descend in His wild pursuit of men.”

The Morning Psalm
When the Lord restored the fortunes of Zion, then were we like those who dream. Then was our mouth filled with laughter, and our tongue with shouts of joy. Then they said among the nations, “The Lord has done great things for them.” — Psalm 126.1-2