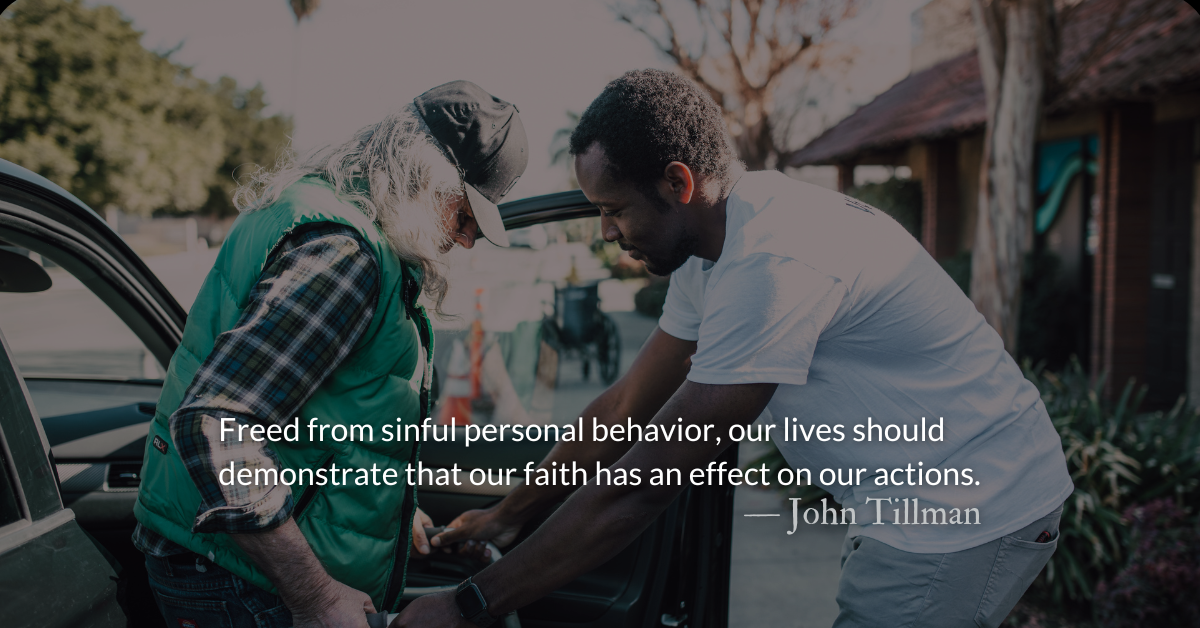 Scripture Focus: James 2.8, 12
8 If you really keep the royal law found in Scripture, “Love your neighbor as yourself,” you are doing right.

12 Speak and act as those who are going to be judged by the law that gives freedom, 13 because judgment without mercy will be shown to anyone who has not been merciful. Mercy triumphs over judgment.

James 1.25
25 But whoever looks intently into the perfect law that gives freedom, and continues in it—not forgetting what they have heard, but doing it—they will be blessed in what they do.

When first-century Jews spoke of “the Law,” they were not referring to the law of the land. Jews believed the laws of Rome and other city or regional governments they lived under were corrupt—even sinful. They lived their lives within and under these governments, however, they followed and appealed to a higher moral code from the scriptures.

What we call the “Old Testament” is composed of “The Law,” “The Prophets,” and “The Writings,” which correspond to the Pentateuch, the prophets, and the wisdom books such as Job, Psalms, Proverbs, and Ecclesiastes. However, “The Law,” often referred to the entire collection. The Law was more than a civil code. “The Law” implied the totality of the wisdom of God expressed through scripture in many ways.

James, the brother of Jesus, mentions “The Law” many times. It is unlikely that he meant only the sections of the Torah that contained rules and regulations. When he referred to the “Royal Law” he quoted not just Leviticus 19.18, but Jesus from Matthew 5.43.

Freed from sinful personal behavior, our lives should demonstrate that our faith has an effect on our actions. (James 2.14) Freed from greed and selfishness we should act on social concern for our neighbors, caring for the poor and standing against favoritism in all its forms. (James 2.3-4, 15-17) Freed from cultural relativism, we can live according to renewed inner values, loving all without fear, regardless of how the culture or governments respond. (James 2.22, 25-26)

Christian distinctiveness from the world is not merely in exterior behaviors but in our inner being. We may live under governments that are corrupt—even sinful. Our higher moral code is the law of freedom. This law Christians live by sets us free from something but it also sets us free to something. The freedom we have in Christ is that sins can no longer hold us back from what God calls us to do.


Divine Hours Prayer: The Request for Presence
Hear, O Lord, and have mercy upon me; Lord, be my helper. — Psalm 30.11

Readers’ Choice is Coming!
Tell us your favorite post from the past 12 months. We’ll repost it in September.

Read more about Captivity, Exile, and Exodus
While living in political freedom, the people of Israel and Judah became spiritually enslaved.