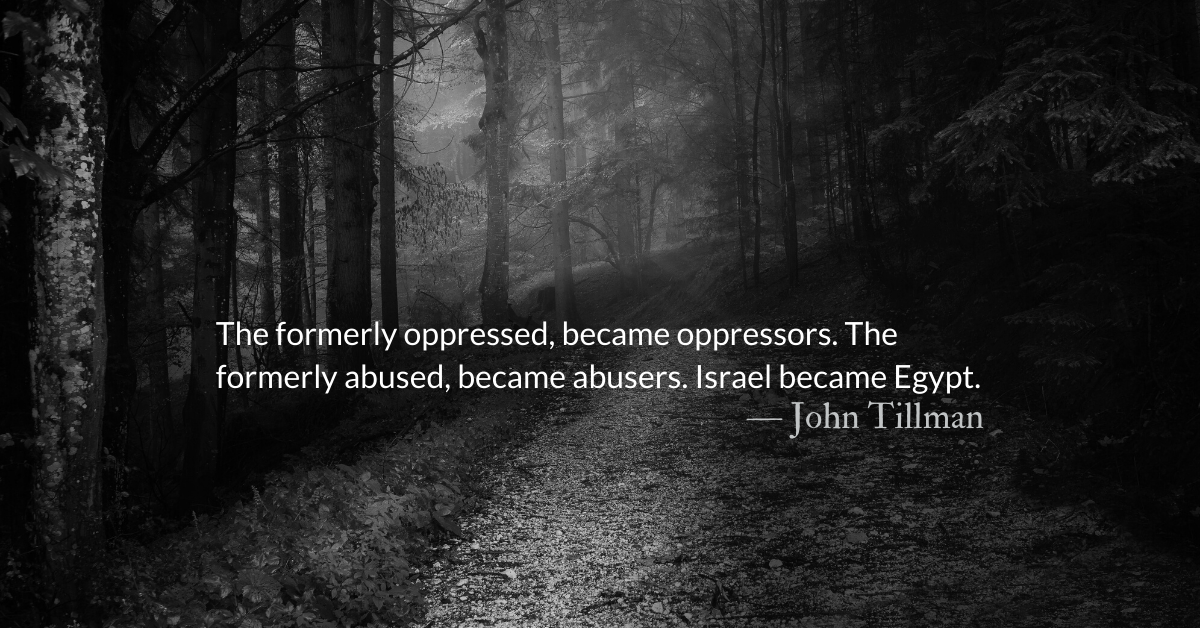 In this mirror version, the corrupt state of Egypt is the corrupt states of Israel and Judah. The false gods of Egypt are the false gods of Israel and Judah. The harsh, desert wilderness experience is the harsh experience of the people in captivity in exile. The entrance to the promised land is the return home of the exiled people of God from all corners of the world.

In the original Exodus narrative, God’s people were enslaved by state power. The people did not abandon God, the state turned against them. In freeing the people from Egypt, God used plagues that were specific attacks on the false gods of the state in order to free his people to worship him, the one true God.

But Jeremiah describes a different kind of enslavement. While living in political freedom, the people of Israel and Judah became spiritually enslaved. They rejected God and set up their own gods and a government filled with oppression and mistreatment of the poor and outcasts. In the desert, they grumbled to go back to Egypt. When they made it to the promised land, they made another Egypt out of it.

The governments God established for his people were intended to be a light to the pagan world, carrying out God’s justice and demonstrating his righteousness. Instead, they became just like the pagan nations. The formerly oppressed, became oppressors. The formerly abused, became abusers. Israel became Egypt.

How often do we repeat this cycle?
How often do we become our own spiritual oppressors, enslaving ourselves to sins and idolatry?
What unholy “state” do we build up, abusing the power we have for our benefit?
What gods do we allow to set up shop in the temple of our hearts?
What suffering people have we shut out to make more room for ourselves?

God brought plagues to destroy the false gods. May he destroy ours.
God moved his people through a place of suffering and purification. May we follow him.
God restored his people and renewed his covenant with them. May we seek his face in repentance and be restored.

Divine Hours Prayer: The Refrain for the Morning Lessons
It is not the healthy who need the doctor, but the sick…And indeed I did not come to call the virtuous, but sinners. — Matthew 9.12-13

Read more about Keeping The Greatest Commandments
Even Christians are easily misled into thinking love is primarily a feeling. Yet, it is so much more.

#ReadersChoice is time for you to share favorite Park Forum posts from the year. What post helped you forgive?