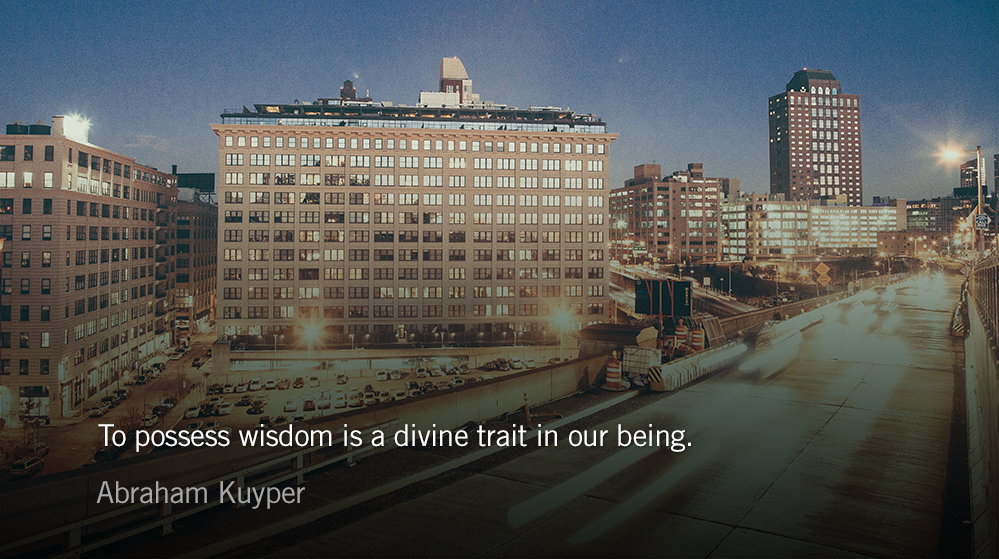 Kuyper on God’s Sovereignty in Politics

Some trust in chariots and some in horses, but we trust in the name of the Lord our God.

At that time Abimelech and Phicol the commander of his army said to Abraham, “God is with you in all that you do.”

Reflection: Kuyper on God’s Sovereignty in Politics
The Park Forum

In the fall of 1880 Abraham Kuyper delivered a lecture simply, if perplexingly, titled “Sovereignty in its Circle.” In some ways the pluralistic ontology he presented could have only been conceptualized by someone like Kuyper—who would spend his life as a journalist, a theologian, and a politician. (Kuyper served as the Prime Minister of the Netherlands in the first few years of the 20th century.)

Kuyper, throughout all his works, responded to the rising nationalism in his own day, as well as to religious pluralism and—though he thought it a fad that would quickly pass—modernism’s structural reorganization of Christian orthodoxy.

In order to confront these seismic trends, Kuyper believed we must identify the different spheres of our world, and the powers that rule over each:

Just as we speak of a moral world,” a scientific world,” a business world,” the world of art,” so we can more properly speak of a sphere” of morality, of the family, of social life, each with its own domain. And because each comprises its own domain, each has its own Sovereign within its bounds.

As he moved to the sphere of politics, the future statesman observed:

The various spheres of life cannot do without the State sphere, for just as one space can limit another, so one sphere can limit another—unless the State fixes their boundaries by law. The State is the sphere of spheres, which encircles the whole extent of human life.

At the heart of every sphere there smolders and smokes the flame of passion, whence the sparks of sin fly upward. That unholy blaze undermines the moral vitality of life, weakens resiliency, and finally bends the strongest stave. In any successful attack on freedom the state can only be an accomplice. The chief culprit is the citizen who forgets his duty, wastes away his strength in the sleep of sin and sensual pleasure, and so loses the power of his own initiative.

Though Kuyper readily admitted that, “Sin threatens freedom within each sphere just as strongly as State-power does at the boundary,” he did not lose hope:

To possess wisdom is a divine trait in our being…. Ideas shape public opinion; that opinion, the sense of justice; and that sense, the thawing or congealing of spiritual life. Therefore, whoever expects his principles to exert influence cannot simply float about in feelings, does not advance by fancy, and even with his (religious/theological) confession comes only halfway. He gains a hold on the public only if he has also attained power in the world of thought, if he can transfer his inner urge, the “Deus in nobis” [God inside us], from what he senses to what he knows.

No single piece of our mental world is to be hermetically sealed off from the rest, and there is not a square inch in the whole domain of our human existence over which Christ, who is Sovereign over all, does not cry: “Mine!”

Righteousness shall go before him, and peace shall be a pathway for his feet.