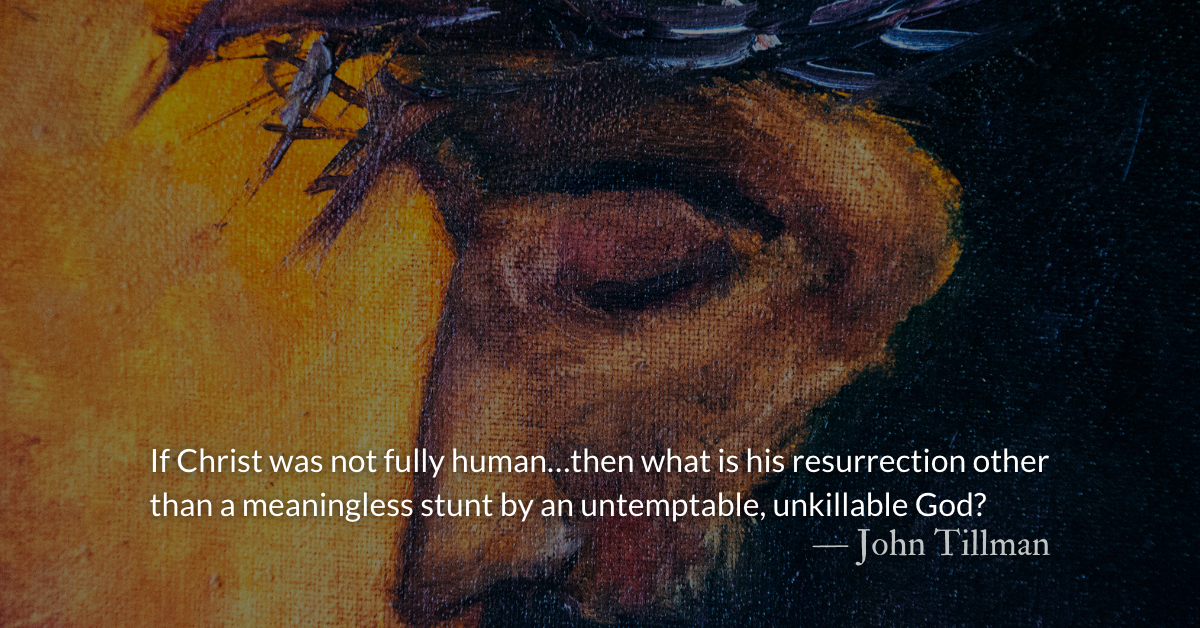 Scripture Focus: Hebrews 2.14-18
14 Since the children have flesh and blood, he too shared in their humanity so that by his death he might break the power of him who holds the power of death—that is, the devil—15 and free those who all their lives were held in slavery by their fear of death. 16 For surely it is not angels he helps, but Abraham’s descendants. 17 For this reason he had to be made like them,  fully human in every way, in order that he might become a merciful and faithful high priest in service to God, and that he might make atonement for the sins of the people. 18 Because he himself suffered when he was tempted, he is able to help those who are being tempted.

Hebrews describes the power of death as a weapon wielded by the devil. Fear of death fuels sinfulness. Greedy obsession with possessions, prideful pursuit of prominence, insecure demands for recognition…these temptations are defenses we raise against death.

The death and resurrection of Jesus strike at the root of this power. We don’t need to race death to make ourselves significant or raise ourselves to prominence. Our significance is in his sacrifice for us and, like Jesus, we will be raised from death in the same way and by the same power.

The teacher is emphasizing Jesus’ humanity because early Christians had difficulty with the idea. The first heresies the early church dealt with were ones which diminished (or completely denied) the humanity of Jesus.

Some, even today, struggle with the idea that Jesus could be human enough to be tempted by sin. They theorize about whether Jesus could have chosen to sin or not. Scripture, however, confirms that not only was Jesus tempted, but that he “suffered” in it. It is Jesus’ experience of suffering temptation that, according to Hebrews, makes him uniquely qualified to help us in our temptations.

Paul said that if Jesus was not raised, Christians are most to be pitied. (1 Corinthians 15.17-19) But if Christ was not fully human and fully experienced in the suffering of temptation and death, then what is his resurrection other than a meaningless stunt by an untemptable, unkillable God? Jesus is not a not-quite-human God who laid down for a few days to trick everyone. No. There is no hope in that for us.

Our hope rests in Jesus who was human enough to touch, to bleed, to have dirty feet that needed washing, and hands willing to dirty themselves washing the feet of others. Our hope is not in his invulnerability, but that his vulnerability leads us on a path to victory.

We need not fear death or temptation. Jesus has suffered them and defeated them both. When we fear death, the answer is not piling up security but resting in Jesus. When we suffer temptation, the answer is not surrendering to longing but resting in Jesus. Our high priest, Jesus, despite being human, remained God, remained faithful, and won every battle that was impossible for us to win.

When fear comes or temptation comes, turn to him who knows and cares and can help us endure and conquer.

Read more about Supporting Our Work
The Park Forum strives to provide short, smart, engaging, biblical content to people across the world for free with no ads and no agendas.