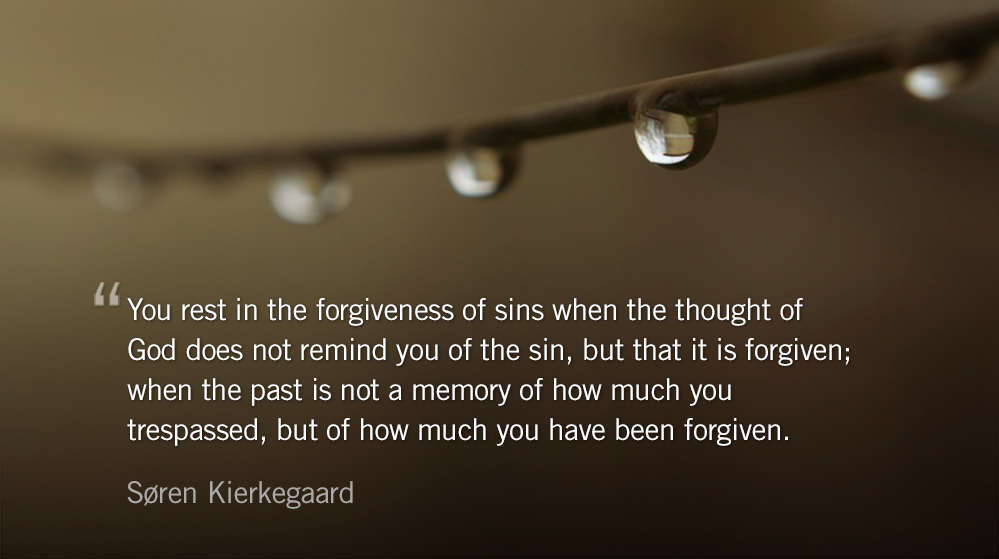 The Freedom of God’s Forgiveness

Blessed are those whose lawless deeds are forgiven, and whose sins are covered; blessed is the man against whom the Lord will not count his sin.” — David, Romans 4.7-8

There are two ways in which a Christian can become trapped in sin. The first is readily recognizable—perpetuation of pride and brokenness despite awareness of their darkness. The other way a Christian can become trapped in sin is to go on living as if he has not been forgiven.
It’s the equivalent of Lazarus shouting back at Jesus from his grave—refusing to come out because he knows he has died and ought not be able to walk normally again among the living. The weight of sin, not the act itself, has become the trap.
Oftentimes people will say things like, “if I could just go back.” This sentiment (it is clearly not a viable solution) is our confession that we would rather solve our greatest problems on our own than have to humble ourselves and accept God’s unmerited grace.

Forgiveness of sins cannot be such that God by a single stroke, as it were, erases all guilt, abrogates all its consequences. Such a craving is only a worldly desire that has no idea of what guilt is. — Kierkegaard

We are truly shocked when we become aware of our sin. Prior to recognizing our failure we would never have confessed such darkness was in us. Yet, if we really believe God foresaw us and sees throughout all time, our sins did not surprise him. We overestimated our intrinsic goodness—feeling as if we had earned God’s approval through our devotion and discipline. God loved us first—even knowing the specific ways in which we were yet sinners.
Once we’ve seen our own unrighteousness, the only way forward is to find the glory of grace greater than the destruction of sin. The Church, at its best, is the spiritual community that surrounds each individual and echoes this truth through word and deed.

You rest in the forgiveness of sins when the thought of God does not remind you of the sin, but that it is forgiven; when the past is not a memory of how much you trespassed, but of how much you have been forgiven. — Kierkegaard

Until we see Christ’s forgiveness of our sins as a blessing, and feel the natural rejoicing of the soul that comes from such a miracle, we have not experienced the full force of forgiveness. Either grace is a mere fantasy—something which would be lovely if it were true—or it is as mighty and wonderful as the Scriptures proclaim it to be.