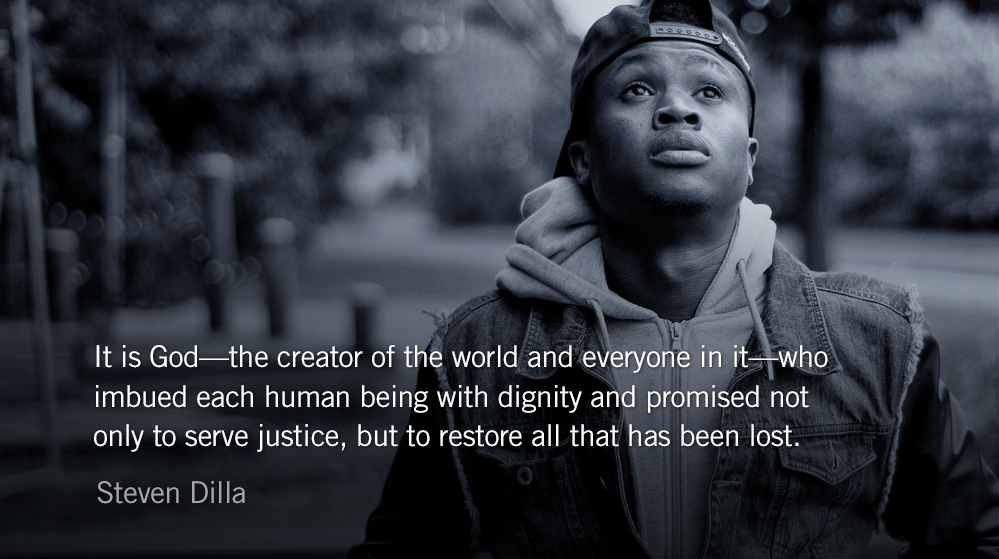 In our world, the phrases we repeat are either untrue (“Best movie of the year!”) or run against normative behavior (“If you see something, say something.”) The more untrue or unnatural the phrase, the more often we repeat it. This is one of the reasons the daily and ubiquitous refrain “black lives matter” is so confrontational.

Author Stephen Mattson observes that, “Many white Christians will be afraid to say [Black Lives Matter] because they think it’s too political, or too progressive, or too liberal, or too unfair, or too controversial.” But confessing that “black lives matter” doesn’t have to come at the expense of other lives. Historically, it has been when faithful Christians took up the banner of human rights that structural change started to occur.

Wilberforce, who was mentored and encouraged by the Anglican pastor John Newton, was the first to stand up against slavery in Parliament. “Wilberforce’s embracing of the anti-slavery cause was from the direct effect of embracing the Christian worldview,” says The Wilberforce School. Similarly, Martin Luther King Jr.’s message during the civil rights movement was profoundly Christian—even the crescendo of Dr. King’s famous “I have a dream” speech was the Messianic prophecy of Isaiah 40.

The greatest threat to the Black Lives Matter movement isn’t the police or a conservative pundit, it’s the lack of voices supplying it a robust theological vision. Where can you justify human rights without God? As a worldview, evolution robs minorities of rights—bestowing them only on the fittest. Progressivism—humans have rights because we’ve progressed as a society—need only protect human rights as long as it’s agreed upon by the majority (present circumstance, case-in-point).

It is God—the creator of the world and everyone in it—who imbued each human being with dignity and promised not only to serve justice, but to restore all that has been lost.

Yet the chorus of Christian voices has not risen in unity for the oppressed.

We are, of course, socially adept enough to articulate our reasons: Black Lives Matter is not a Christian organization, nor does it seek a theological vision. But we should tremble when our understanding of theology removes us from the world. In Jesus’ story of The Good Samaritan, the Priest and the Levite each had their own reasons for avoiding the victim of a broken world.

In the conversations I’ve had with people, they are afraid to affirm any part because they fear that it means they are affirming the whole. The fear of association is so huge. The discomfort with standing side by side with somebody who doesn’t believe in Jesus is depressing to me.

Looking back at history, “fear of association” has always been a primary motivator when the Church missed its role in doing justice, loving mercy, and walking humbly with God. Author Stephen Mattson outlines our history in stark binaries:

In every modern opportunity to be a radical countercultural force for good in the U.S., many white Christians blew it by conjuring up excuses, looking the other way, and even being directly complicit in the subjugation of other human beings.

So here we are again, facing a historic crisis, where people are fighting for their rights and dignity, and once again many Christians will have to choose whether or not to act. Which begs the question: If Christians have nothing to do or say to support the lives of the marginalized and abused, what good is Christianity at all?

The abolition of slavery and Civil Rights Movement were profound transitions for American society—yet as brutal and difficult as both were, they didn’t accomplish the most difficult part: redeeming the broken hearts that lead to racism.

This is a magnificent opportunity for the Church—but we have to choose. “We don’t see a pursuit for justice because we’ve been conditioned to pursue wealth and acclaim and not necessarily the flourishing of our neighbors,” Higgins laments. Taking the first step toward reconciliation, she writes, “means that you no longer find yourself as the center and most important part of your story.”