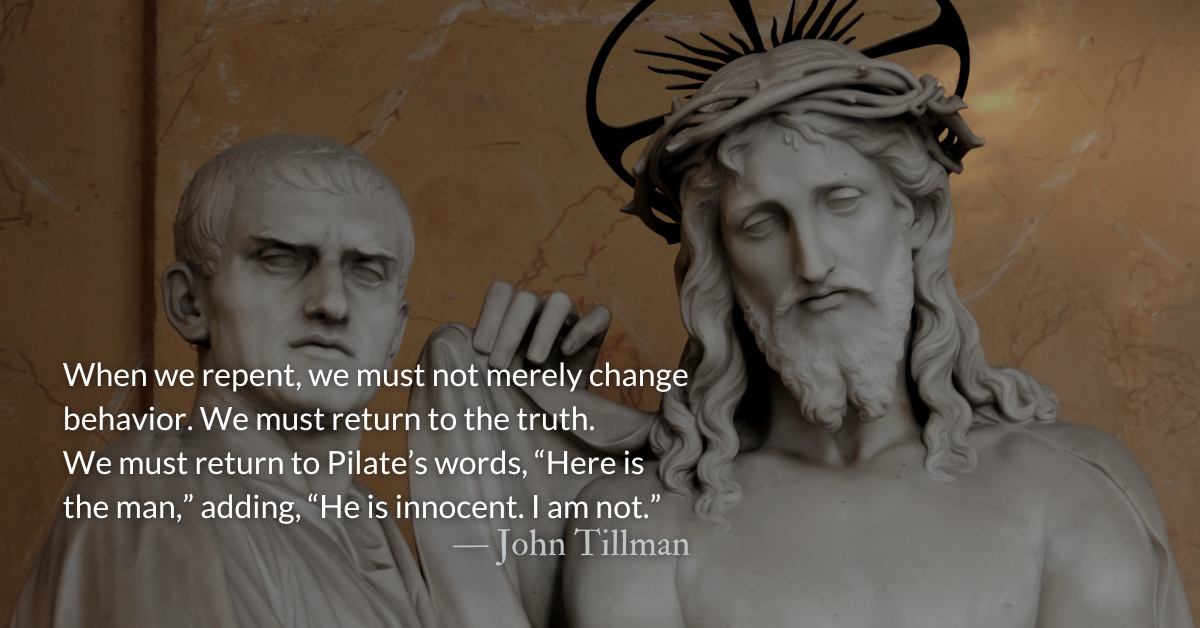 Scripture Focus: John 19.5, 13-16
5 When Jesus came out wearing the crown of thorns and the purple robe, Pilate said to them, “Here is the man!”

13 When Pilate heard this, he brought Jesus out and sat down on the judge’s seat at a place known as the Stone Pavement (which in Aramaic is Gabbatha). 14 It was the day of Preparation of the Passover; it was about noon.

“Here is your king,” Pilate said to the Jews.

“Shall I crucify your king?” Pilate asked.

“We have no king but Caesar,” the chief priests answered.

16 Finally Pilate handed him over to them to be crucified.

Pilate presented Jesus as innocent, saying, “Here is the man.” Ecce homo is the Latin Vulgate translation of this statement. The moment is recorded in many works of art.

In 2012, the 19th-century fresco, Ecce Homo, was in poor shape. Much of the paint had flaked away over time. An aged parishioner, who had seen it slowly deteriorating, decided to attempt to restore her favorite depiction of Jesus. Unfortunately, she had no formal art training and the result was…not good. The Internet swarmed with scorn for her work and memes of other famous artwork ruined in the same style.

Despite affection for Jesus and good intentions, her depiction of Jesus was a blurry blob, with none of the details that gave the artwork meaning.

Many of us may have a blurry, blob of affection for Jesus. It is vital for us to return to the master artists of scripture regularly to see the details they skillfully composed for us.

The details John focuses on are legal, political, and damning. Until the ecce homo moment, Pilate had been speaking informally—like banter at a press conference. But when the politicking and bargaining were over Pilate sat in “the seat of judgment” called “the Stone Pavement.”

The precise location is unknown but this was the official seat representing justice under the law. It would be like a U.S. president sitting down behind his desk in the Oval Office, or the justices of the Supreme Court taking their seats. It just got official.

Sin is not merely behavior. It is rebellion. Every sin you’ve ever heard of or committed is a result of rebellion—a follow-on effect of our conspiratorial coup against God’s kingdom.

Read more about Were You There?
“Were you there?” is a question that asks us to reconcile our present with the past.