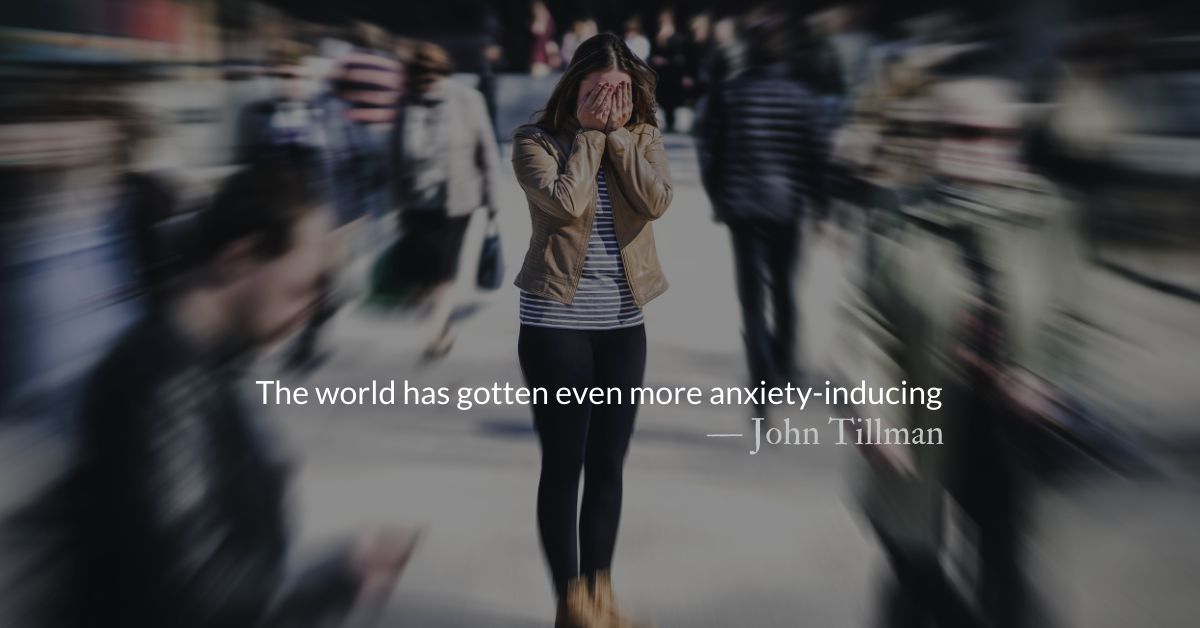 Discipline for the Anxious

From John: The world has gotten even more anxiety-inducing since we originally posted this in 2018. Many suicides of Christians and Christian ministers in the intervening years testify to this.

Christian meditation and prayer is still an important discipline to help us in distressing times but some problems you can’t pray away. Ask Paul. Ask Jesus. If you need the help of a counselor or doctor you are not being unfaithful. See the resources at the end of this post for help and more information.

Reflection: Discipline for the Anxious
By John Tillman

Although the benefits of meditation can help in a crisis, meditation is not a quick fix. It is not a fast-acting antidote for the world’s venom, but an inoculation to be taken ahead of time.

When beginning (or returning to) meditative prayer, start small and short. Use the prayer provided at the end of this devotional (Psalm 119.147) as a start. Spend two to five minutes simply re-reading the prayer with an expectant heart, asking God to be with you.

*We are in no way implying that meditation should be pursued in lieu of proper medical treatment. If you are in need of counseling and professional services, please consider the following resources:
Mental Health Grace Alliance
Not A Day Promised Resource Page
Life Recovered (Resources for Ministers)
Suicide Prevention Lifeline
Action Alliance for Suicide Prevention
Suicide Prevention Resource Center

Divine Hours Prayer: The Request for Presence
Hearken to my voice, O Lord, when I call; have mercy on me and answer me.
You speak in my heart and say, “Seek my face.” Your face, Lord, will I seek.
Hide not your face from me, nor turn away your servant in displeasure. — Psalm 27.10-12