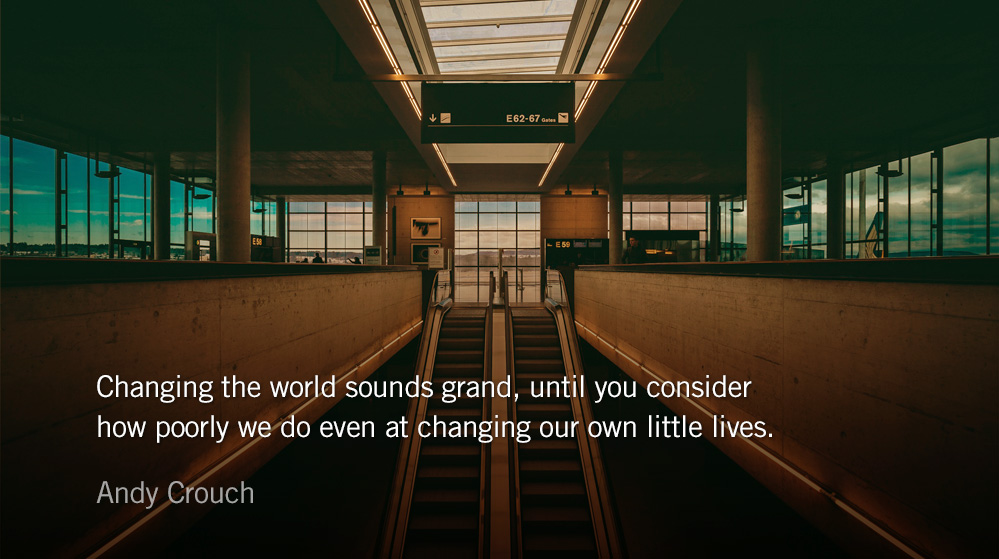 I wonder what we Christians are known for in the world outside our churches. Are we known as critics, consumers, copiers, condemners of culture? I’m afraid so.

Why aren’t we known as cultivators—people who tend and nourish what is best in human culture, who do the hard and painstaking work to preserve the best of what people before us have done? Why aren’t we known as creators—people who dare to think and do something that has never been thought or done before, something that makes the world more welcoming and thrilling and beautiful?

Many attempts, especially Christian attempts, to come to terms with culture have fallen short because they paid too much attention to [individual] categories of culture. High culture, pop culture, ethnic culture, political culture—all are part of culture and worthy of attention, reflection and action. But culture is more than any of these things.

Culture is, first of all, the name for our relentless, restless human effort to take the world as it’s given to us and make something else. This is the original insight of the writer of Genesis. God, of course, began with nothing, whereas we begin with something. But the difference is not as great as you might think. For every act of creation involves bringing something into being that was not there before—every creation is ex nihilo, from nothing, even when it takes the world as its starting point.

Changing the world sounds grand, until you consider how poorly we do even at changing our own little lives. I sometimes wonder if breathless rhetoric about changing the world is actually about changing the subject—from our own fitfully suppressed awareness that we did not ask to be brought into this world, have only vaguely succeeded at figuring it out, and will end our days in radical dependence on something or someone other than ourselves.

So do you want to make culture? Find a community, a small group who can lovingly fuel your dreams and puncture your illusions. Find friends and form a family who are willing to see grace at work in one another’s lives, who can discern together which gifts and which crosses each has been called to bear. Find people who have a holy respect for power and a holy willingness to spend their power alongside the powerless. Find some partners in the wild and wonderful world beyond church doors. And then, together, make something of the world.