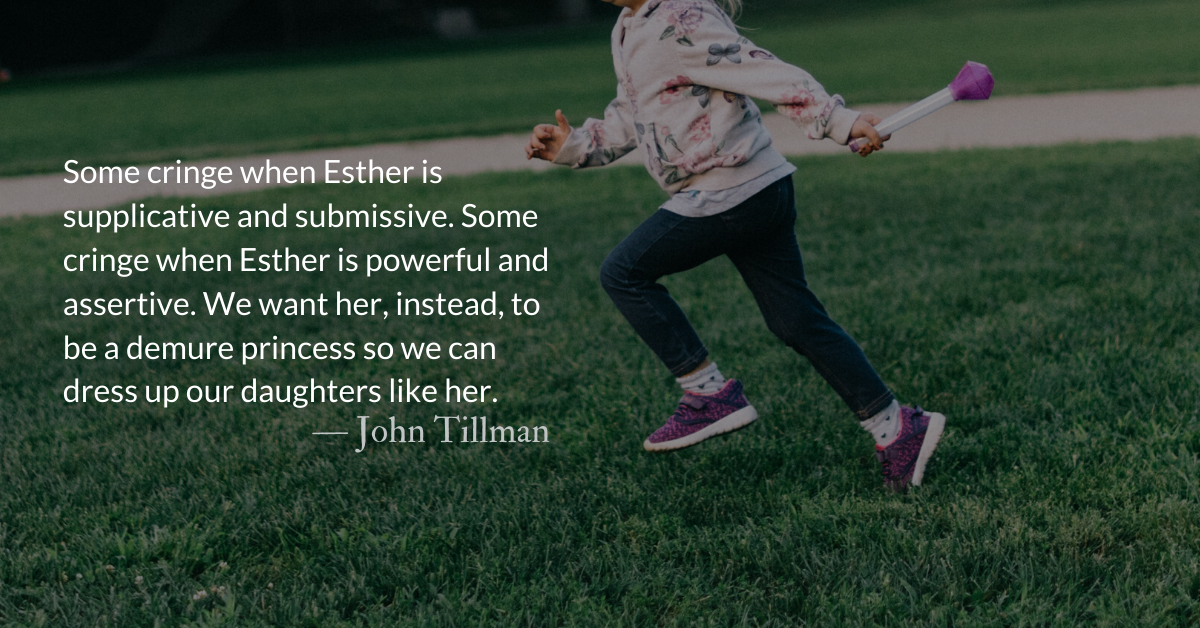 Scripture Focus: Esther 8.3, 7-8
Esther again pleaded with the king, falling at his feet and weeping. She begged him to put an end to the evil plan of Haman the Agagite, which he had devised against the Jews…King Xerxes replied to Queen Esther and to Mordecai the Jew, “Because Haman attacked the Jews, I have given his estate to Esther, and they have impaled him on the pole he set up. 8 Now write another decree in the king’s name in behalf of the Jews as seems best to you, and seal it with the king’s signet ring—for no document written in the king’s name and sealed with his ring can be revoked.”

You’d be hard pressed to find a Christian or Jew who would express dislike for Esther. However, depending on your political/philosophical bent there are aspects of her story that make one cringe.

Some cringe when Esther is supplicative and submissive—submitting to being one of a harem of wives, throwing herself into servile hospitality and beauty as strategy, and finally, pleading and begging, apologetically before the king, her husband. We want her, instead, to be a modern, powerful, assertive woman.

Some cringe when Esther is powerful and assertive—she is unashamed of her sexuality and uses the power of beauty and seduction, she writes law for a nation, she orders the death of her enemies, she tells the king what to do. We want her, instead, to be a demure princess so we can dress up our daughters like her.

Esther’s culture specifically and biblical culture in general is so foreign to us that we often fail to understand it. Even with years of study and knowledge of cultural facts, we can’t fully understand what living in that culture was like. When we don’t understand biblical culture, we tend to assume the lesson God has for us is that our culture is better. This is always the wrong lesson. Always.

Yet Christ is both. And we must accept him completely. And Esther is both. And she deserves to be seen fully. And as we attempt to manifest Christ in our world and to our culture, we must allow the Holy Spirit to bring out in us the fullest picture of who God is.

It is healthy for us to remember that what we admire in biblical heroes and heroines came to them from God. We need not emulate the heroes so much as we need to allow the Holy Spirit to work in us, drawing out of us the shining vestiges of God’s image that are needed.

Divine Hours Prayer: The Request for Presence
Show me your marvelous loving-kindness, O Savior of those who take refuge at your right hand from those who rise up against them.
Keep me as the apple of your eye; hide me under the shadow of your wings. Psalm 17.7-8

Read more about For Such a Time
God calls us to obedience during the dark and the daring moments of our lives.

Read more about Every Man a King?
Esther, begins with a tale of fragile male ego. What follows is what typically follows after a bruised male ego—overreaction leading eventually to violence.