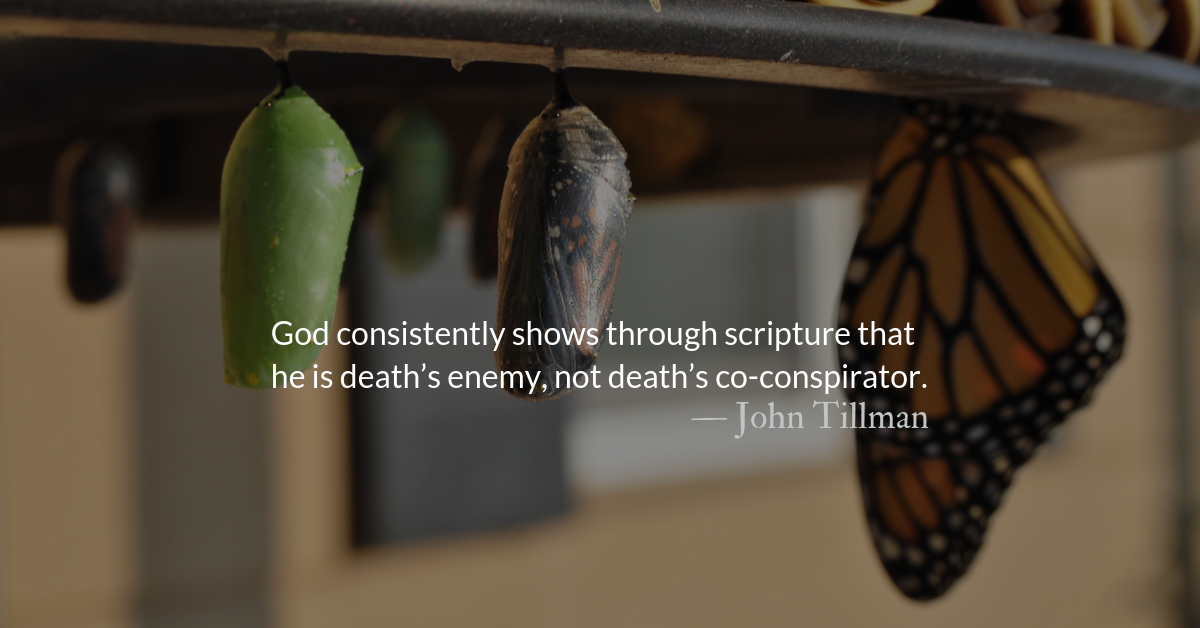 Scripture Focus: 1 Kings 17.18
She said to Elijah, “What do you have against me, man of God? Did you come to remind me of my sin and kill my son?”

Colossians 4.3
Pray for us, too, that God may open a door for our message, so that we may proclaim the mystery of Christ.

God’s plan may refer to the unchanging will of God that cannot, due to God’s sovereignty and purpose, be overturned. This is true of God’s eternal purpose for humanity to live eternally in peace with God. Eden was an expression of this plan, and the new earth to come, will be the completion of this unchangeable and inevitable sovereign plan of God.

Divine Hours Prayer: The Greeting
You brought me up, O Lord, from the dead; you restored my life as I was going down to the grave. — Psalm 30.3

Read more about The Gospel is an Uprising
The Anastasis—the Uprising—is…a visualization of Christ’s resurrection gleaned less from gospel accounts than from multiple sources throughout scripture.

Read more about He Stoops to Raise
He goes from the highest place, to the lowest place. And then, he ascends.