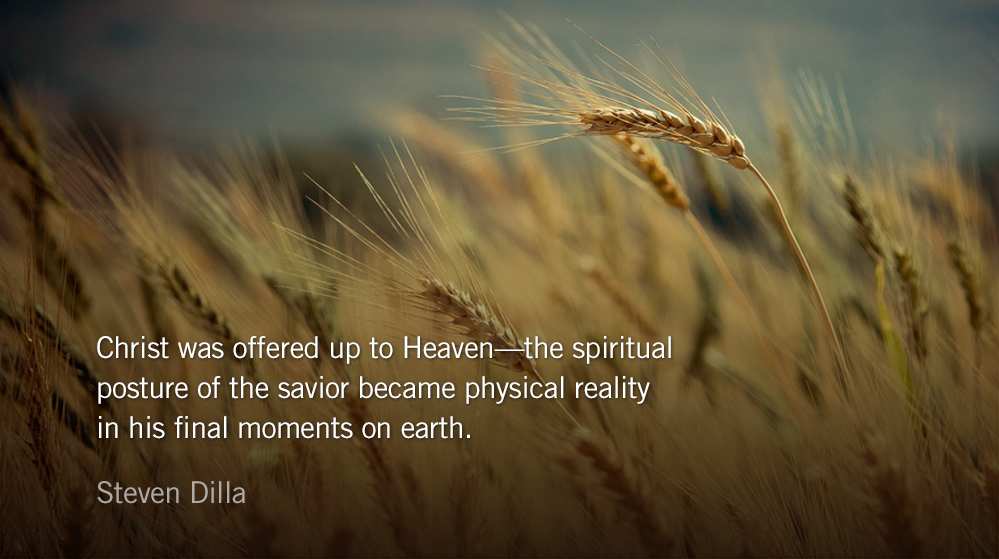 Christ, Offered Up to Heaven

But when Christ appeared as a high priest of the good things that have come… he entered once for all into the holy places, not by means of the blood of goats and calves but by means of his own blood, thus securing an eternal redemption. — Hebrews 9.11–12

Tomorrow Christians around the world will celebrate the Day of Ascension. “While he blessed them,” records the gospel of Luke, “he parted from them and was carried up into heaven.” The Greek word translated carried up is the same word used throughout the New Testament for offering. In other words, Christ was offered up to Heaven—the spiritual posture of the savior became physical reality in his final moments on earth.

The language of offering ties directly into the symbolism presented by the author of Hebrews. Christ is the fulfillment of the old system. Yet if he brought that system to its end, what can we learn from the New Testament’s continual use the language of high priest, temple, and law? N.T. Wright explains:

This puzzle, very close to Paul’s frequent question as to why God gave the Law, is often answered in terms of religious development: people in earlier days thought they needed animal sacrifices, but we’ve grown out of such things. That’s not the New Testament answer.

The Temple was given as a true signpost; there was nothing wrong with it. But the signpost isn’t the reality, and if people are mistaking the one for the other the time may come to chop the signpost down.

A person draws near to Christ, Dr. Wright explains, “Not because you’re climbing a ladder of spiritual advancement, but because you’ve grasped the truth at the heart of Jesus’ ministry: Jesus has come to offer, and accomplish, the reality to which the Temple points but which it cannot ultimately deliver.”

Hebrews teaches that Christ is seated at the right hand of God—he offered himself to the father to bless his Church by interceding on their behalf. The only way we can reject this blessing, N.T. Wright concludes, is by trying to create our own sacrifice, temple, and high priest:

We don’t go in for killing bulls and goats, but do we show evidence of the reality to which their blood was supposed to point? Or have we substituted a new regime of ‘dead works’ which impede, rather than facilitate, our worship of the living God?