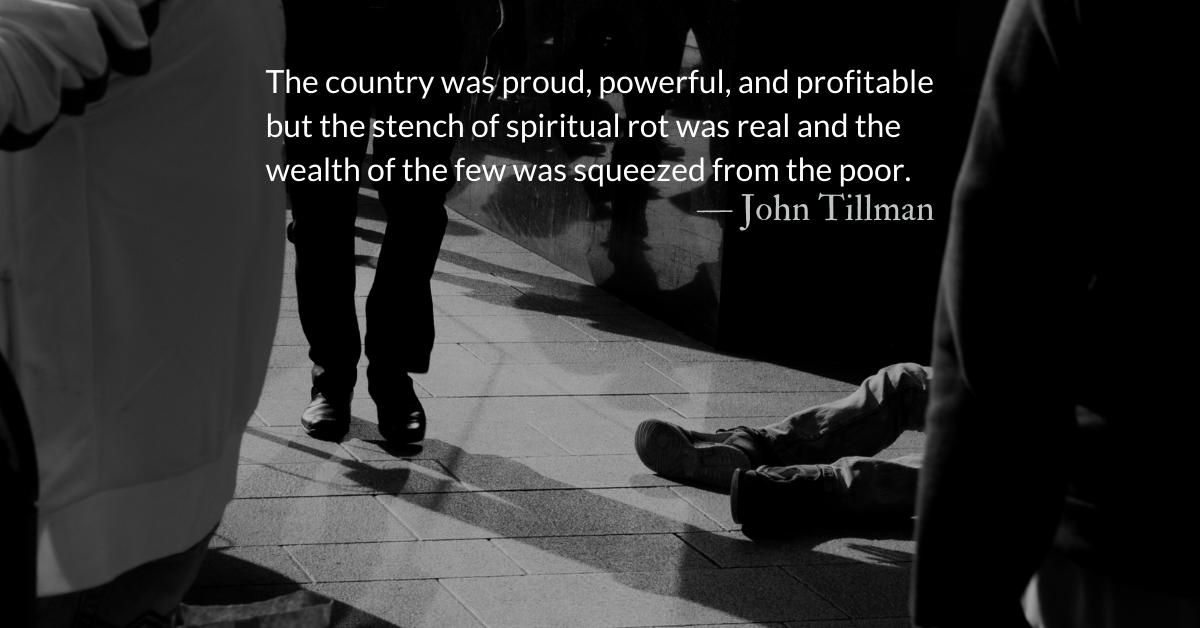 Scripture Focus: Amos 1.1-2
1 The words of Amos, one of the shepherds of Tekoa—the vision he saw concerning Israel two years before the earthquake, when Uzziah was king of Judah and Jeroboam son of Jehoash was king of Israel.
2 He said:
“The LORD roars from Zion
and thunders from Jerusalem;

Amos, the fig picker and shepherd prophet, was an outlier. He was not trained as a prophet, was not a part of the priestly lineage or profession, and was not a part of the higher class of educated people from whom most prophets came. And even if all of that were not the case, he was an out-of-towner. He came from the southern kingdom of Judah to the northern kingdom of Israel to confront one of Israel’s most powerful and successful kings.

Financially and militarily, Israel was at a peak of power when Amos arrived.

Because of God’s compassion for the people, God had used Jeroboam II to save them militarily, despite him being an evil king. (2 Kings 14.23-27) But God would also remove him. Bad news was coming. The good times were about to be over. The country was proud, powerful, and profitable but the stench of spiritual rot was real and the wealth of the few was squeezed from the poor. (Amos 4.1-2)

Amos would have been comfortable among the fishermen-followers of Jesus. When these men confronted the religious elite of their day, the Sanhedrin were astonished that “they were unschooled, ordinary men…” (Acts 4.13)

Amos shared the background of the shepherds in the fields who heard of Jesus’ birth. He would have been more familiar with the smell of the sheep and the fields than temple courts and palaces. But instead of carrying “good news of great joy,” Amos carried news of great suffering, judgment, and disaster.

Amos’s name means “burden” or “burden bearer” and he certainly bore a burden. He was burdened with bad news. Yet, the Lord was still willing to relent. (God turned back two judgments due to Amos’s prayers. Amos 7.1-6) Amos was burdened with a love for Judah and Israel. Yet, he would be accused of being an unpatriotic outsider and a conspirator against the king. (Amos 7.10-17)

Often, part of the “good news” of the gospel is the “bad news” of our sins. This is a part of the burden we bear toward others to speak this truth to them in love.

May we, like Amos, be burdened to intercede and intervene.

May we bring to others the news that Jesus Christ will, if we ask him to, bear our burdens of sin and spare us as a remnant from the judgment to come.

Read more about Pie In The Sky and Strange Fruit
The trees in the kingdom of God will bear fruit that heals the nation, redeeming the “strange fruit” of oppression and hate.

Read more about The Losers Who Write History
Even under a “good” king Micah spoke of the leaders of Judah when he said, “Therefore because of you, Zion will be plowed like a field…