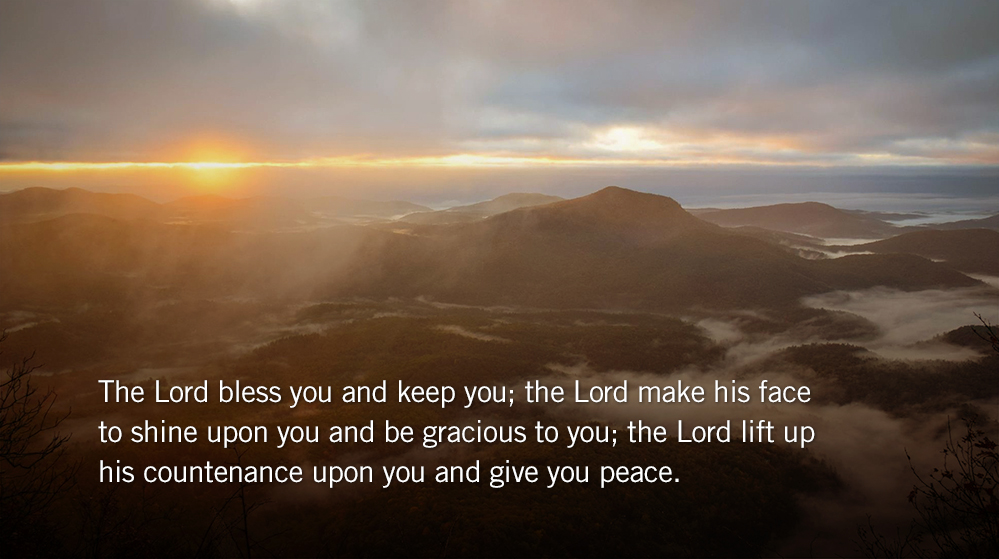 My grandmother blessed me for two reasons: because I was the oldest and because it was her way of saying good-bye forever.

Then he said, “Have you not reserved a blessing for me?”

On snowy mornings I would often catch a ride to high school with my best friend. As we exited his mother’s minivan in front of the school she would recite the Aaronic blessing over us. I remember feeling awkward that I was riding to school instead of walking and even more awkward that a priestly blessing had been recited over me just before 8am swimming.

These semi-frequent exchanges had faded from my memory, thankfully, along with most adolescent embarrassments, until I came across André Aciman’s account of being blessed by his grandmother inside a terminal at JFK:

My father asks the attendant for a few moments, then turns to his mother: “I want you to bless him,” he says, indicating me. This is a first. I had no idea that my father believes in religious practices, much less that he would ask her to bless me in public. But it is clear to me now that, without saying anything to me, the two of them know that we’ll never meet again.

She asks me to come closer and, in front of all the young people my age… she places her right hand on my head and begins to mutter a prayer in both Hebrew and Ladino. I wished she hadn’t done that.

I want it over and done with, but she is dragging out the prayer as if she means every word of it. I am so embarrassed. Everyone is staring at us. I roll my eyes, hoping they’ll notice. I even smile in an effort to scoff the whole thing away, to show I’m merely putting up with the old lady’s antics.

Embarrassment aside, I was struck by Aciman’s explanation of a blessing’s effect:

What grants blessings their peculiar power is that they are usually given by people who are either very old or on the point of dying—in other words people who are no longer tied to the things of this world and who already have a foot elsewhere.

I didn’t understand the Aaronic blessing until I had children of my own. It has become my heart’s cry for them. In a way, I have come to see blessings in much the same way as Aciman—though he is not religious—they are for those who “have a foot elsewhere” and have decided that nothing else they have to give is of value in comparison.