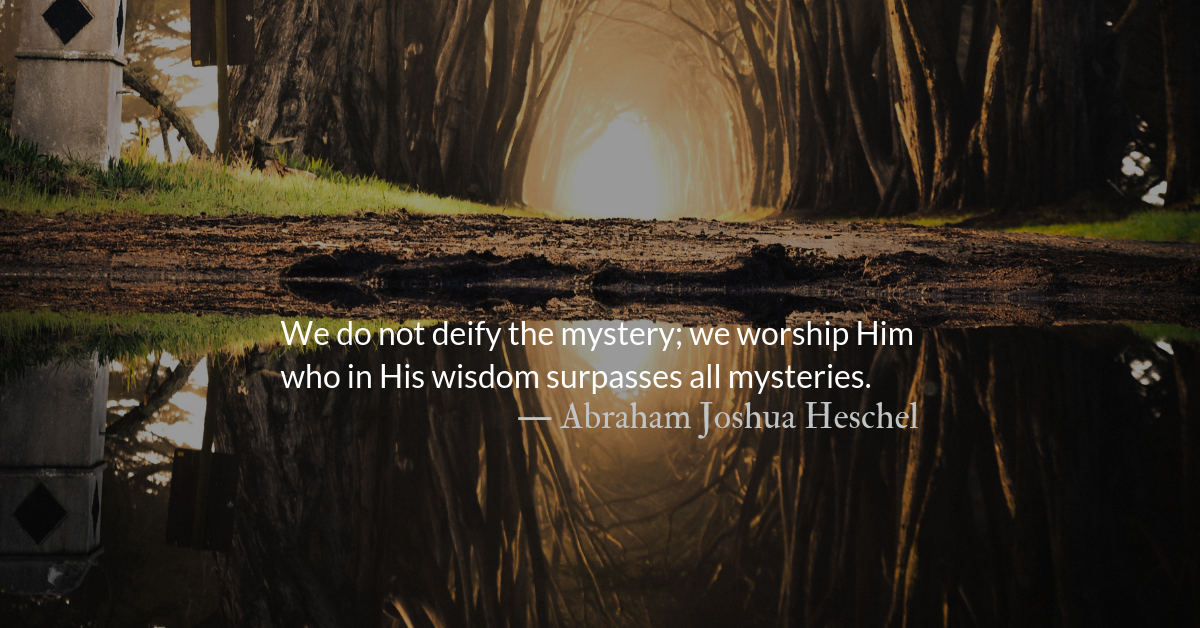 Psalm 75.2-3
At the set time that I appoint I will judge with equity. When the earth totters, and all its inhabitants, it is I who keep steady its pillars.

From John:
In the next couple of days we will look back at some posts highlighting Jewish scholar, Abraham Joshua Heschel. Heschel was instrumental in the efforts of the civil rights movement, working alongside Christian pastors who stood for the cause and is an important theological voice for Christians to be familiar with.

Prayer: A Reading
Jesus taught us, saying: “So always treat others as you like them to treat you; that is the Law and the Prophets.” — Matthew 7.12

Read more about Saved by Mercy
But one must face the fact: the power of Evil in the world is not finally resistible by incarnate creatures, however ‘good’; and the Writer of the Story is not one of us.