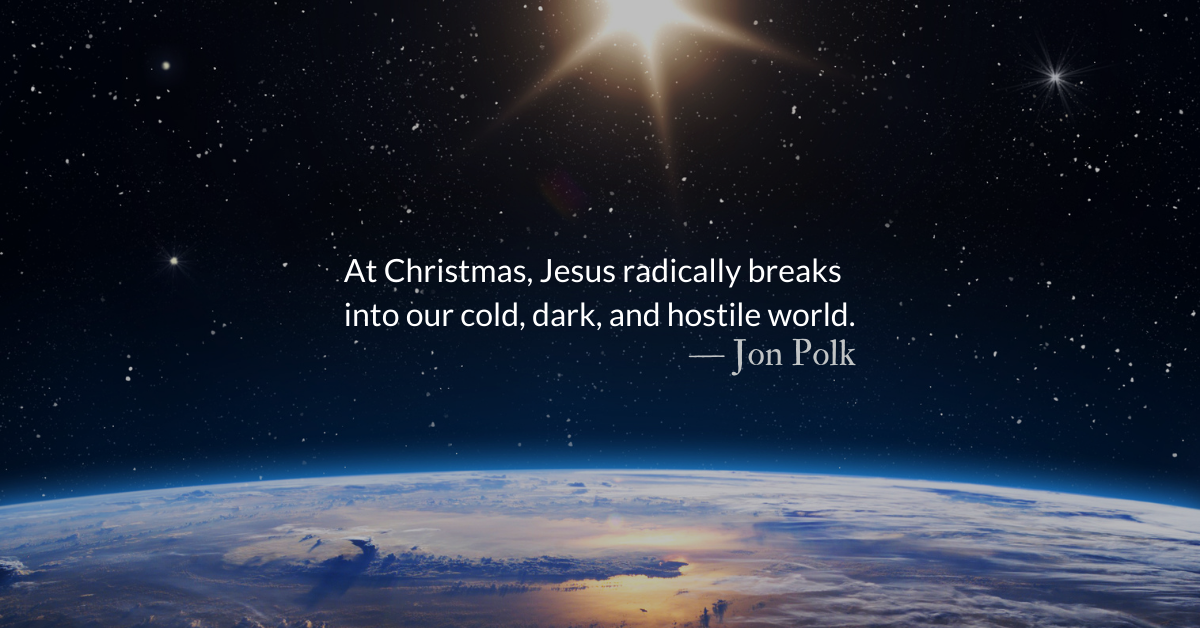 I Heard The Bells On Christmas Day — Carols of Advent Peace

Scripture Focus: John 14.27
27 Peace I leave with you; my peace I give you. I do not give to you as the world gives. Do not let your hearts be troubled and do not be afraid.

Matthew 1.20-23
20 But after he had considered this, an angel of the Lord appeared to him in a dream and said, “Joseph son of David, do not be afraid to take Mary home as your wife, because what is conceived in her is from the Holy Spirit. 21 She will give birth to a son, and you are to give him the name Jesus, because he will save his people from their sins.”
22 All this took place to fulfill what the Lord had said through the prophet: 23 “The virgin will conceive and give birth to a son, and they will call him Immanuel” (which means “God with us”).

Isaiah 9.6-7a
6 For to us a child is born,
to us a son is given,
and the government will be on his shoulders.
And he will be called
Wonderful Counselor, Mighty God,
Everlasting Father, Prince of Peace.
7 Of the greatness of his government and peace
there will be no end.

Reflection: I Heard The Bells On Christmas Day — Carols of Advent Peace
By Jon Polk

“I Heard the Bells on Christmas Day” was written during the American Civil War by the poet Henry Wadsworth Longfellow.

Longfellow’s wife had died in an accidental fire and his oldest son had been severely wounded in the war, so it is no surprise that when he penned the lyrics on Christmas Day 1863, he included somber words:

And in despair I bowed my head
There is no peace on earth I said
For hate is strong and mocks the song
Of peace on earth, good will to men

Fifty years later, a war broke out across the world so terrible that it was called the War to End All Wars.

Germans invaded France and Belgium and some front-line trenches were only fifty yards apart. At the end of 1914, initiatives for peace were rejected, including a request by Pope Benedict for a truce on Christmas Day.

A miracle took place on Christmas Eve. Roughly 100,000 British and German troops were involved in an unofficial Christmas Truce.

We heard the Germans singing “Silent night, Holy night”… and we joined in… One German took a chance and jumped up and shouted, “Happy Christmas!” Our boys said, “If he can do it, we can do it,” and we all jumped up. A Sergeant Major shouted, “Get down!” But we said, “Shut up Sergeant, it’s Christmas time!”

Troops from both sides climbed out of their trenches, wished each other “Merry Christmas,” played games, and shared gifts. For a few hours, the peace of Christmas prevailed on the fields of battle.

This is what Christmas does. Jesus radically breaks into our cold, dark, and hostile world.

The world says, “Get down. Don’t try to make peace. Don’t cross enemy lines. Don’t befriend people whose race, politics, culture or nationality are different from you.”

The world says, “In despair I bowed my head, there is no peace on earth, I said.”

Jesus says, “Then pealed the bells more loud and deep, God is not dead, nor does He sleep.”

The world says, “For hate is strong, and mocks the song of peace on earth, good will to men!”

Jesus says, “The wrong shall fail, the right prevail, with peace on earth, good will to men.”

History reminds us the War to End All Wars did not do so. Physical wars continue but so do wars of words, ideologies, and cultures. Strife and discord still exist in our world.

Jesus brings a new kind of peace, not only absence of war, but a new way of living. It is a peace that allows us to take risks by loving both our neighbor and our enemy, by being a voice of hope and the hands and feet of God in the world.

Each and every year, this peace is available to all who find rest in the Savior, Christ the Lord.

Listen: I Heard the Bells on Christmas Day by Bryan Duncan
Read: Lyrics at Hymnary.org
Bonus View: Sainsbury’s 2014 Christmas Advert on the 100th Anniversary of the 1914 Christmas Truces

Read more about End of Year Giving and Supporting our work
We rely on gifts of all sizes, including mustard-seed-sized gifts from many people, that can enable us to move mountains.

Read more about The Peace of Christ :: Peace of Advent
How many Christ-Followers have come to fully understand the divine reality that peace is our inheritance? 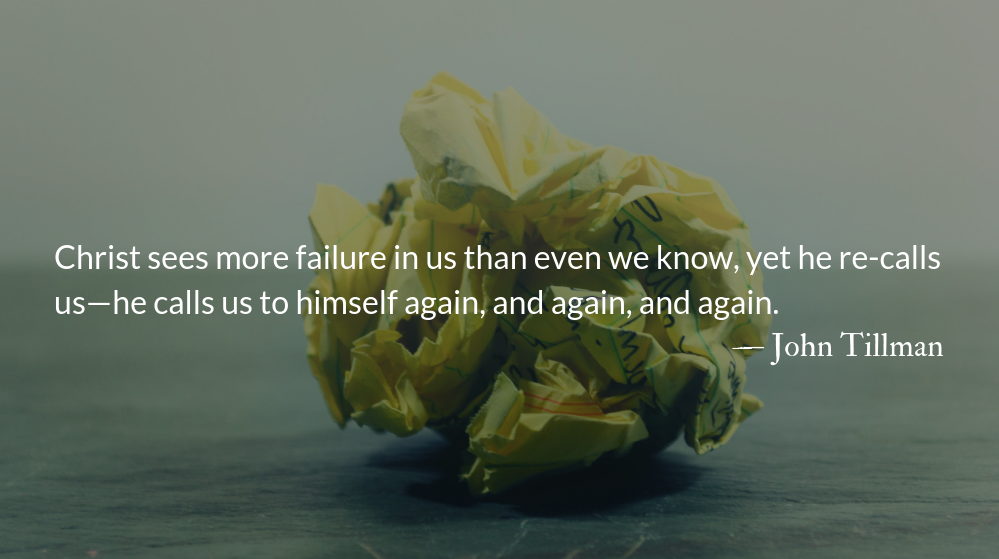 There are many meanings of the word recall.

Industries recall products that are flawed, defective, or dangerous. Employees and representatives can be recalled from their positions when they have an embarrassing failure.

At this reflective time of year we, individually and collectively, recall both good memories and bad. We tend to focus on the bad.

It is not just Peter who is reinstated in the last chapter of John’s gospel and our last reading of this year. Other disciples who failed famously are there—Thomas who doubted, Nathanael the cynical elitist, the power-hungry sons of Zebedee. These confused and doubtful disciples are going back to the familiar when they are met by a familiar face on the shore.

Once in a parable, Jesus said, “they will not be convinced even if someone rises from the dead,” and he meant it. One thing that rings so true about the gospel accounts is that the disciples are slow to believe and understand what has happened, even after seeing Jesus alive.

The resurrected Jesus is patient with them, staying around, appearing to the disciples over and over. He slowly and lovingly works to overcome their doubts and fears and reissue his call on their lives. And he is lovingly patient with us as well.

Christ’s message of reinstatement is for all of us. He doesn’t see our failures as the world sees them.

The world calls us a bad debt. Jesus redemptively reinvests in us.
The world sees us as the sum of our shortcomings. Jesus adds himself to our equation and calls us to our eternal future.
The world wants to put us back in our place after failure. Jesus comes to us with a second (third, fourth, fifth…) calling.
The world wants us to compare our calling to others. Jesus rejects comparisons and personally invites us to a unique path.

The failures of the past year, or any year, are not our end, but our beginning. Jesus brings hope to our aftermath. Hope amidst our confusion. Jesus speaks calm and welcoming words to the anger prone. He feeds the weary and hungry. He comforts the hurting and troubled. He washes away the doubts of the disbelieving.

Jesus has a following—a following of failures. Join us, won’t you?

*When looking back at your year, do so with insight into your failures from the Holy Spirit, but also with his redemptive grace and love. The Prayer of Examen is a wonderful tool of reflective prayer. We recommend it daily or weekly. But the practice can be adapted to review this year in the light of God’s grace. For more information about the prayer, follow this link. Take your time in an examen prayer, especially when reviewing a long period. Set aside time this evening or tomorrow to spend in this practice.

Prayer: The Greeting
Happy are they whom you choose and draw to your courts to dwell there! They will be satisfied by the beauty of your house, by the holiness of your temple. — Psalm 65:4

Additional Reading
Read More about Prayer for Busy People
Central to the practice of healthy, gospel-centered prayer is the awareness of God’s presence in and around our lives. The Prayer of Examen, was designed to be prayed even when the necessities of life made other forms of prayer impossible.

Read More about The Beautiful Feet of Lepers
This is the gospel—that terrorists can be healed and saved and the rejects of society can bring the news of salvation and the testimony of victory unimaginable to their city.

How far will you travel in God’s Word this year?
On January 1st we restart our two year Bible reading plan in Genesis and the Gospel of Matthew. Join us on the journey. We read the Old Testament over two years and the New Testament and Psalms each year.

Read with us at a sustainable pace. Subscribe and invite friends to join you using this link.

Where will a journey through the Bible take your faith in the coming year? Jesus calls each of us, saying, “Follow me.”

Support our Work
End of Year giving and monthly giving each play a large part in keeping The Park Forum ad-free and helping us to be able to continue producing fresh content.
Support the spiritual development of thousands of readers, feeding Christ’s sheep across the world, by making a donation today or joining our monthly donors.