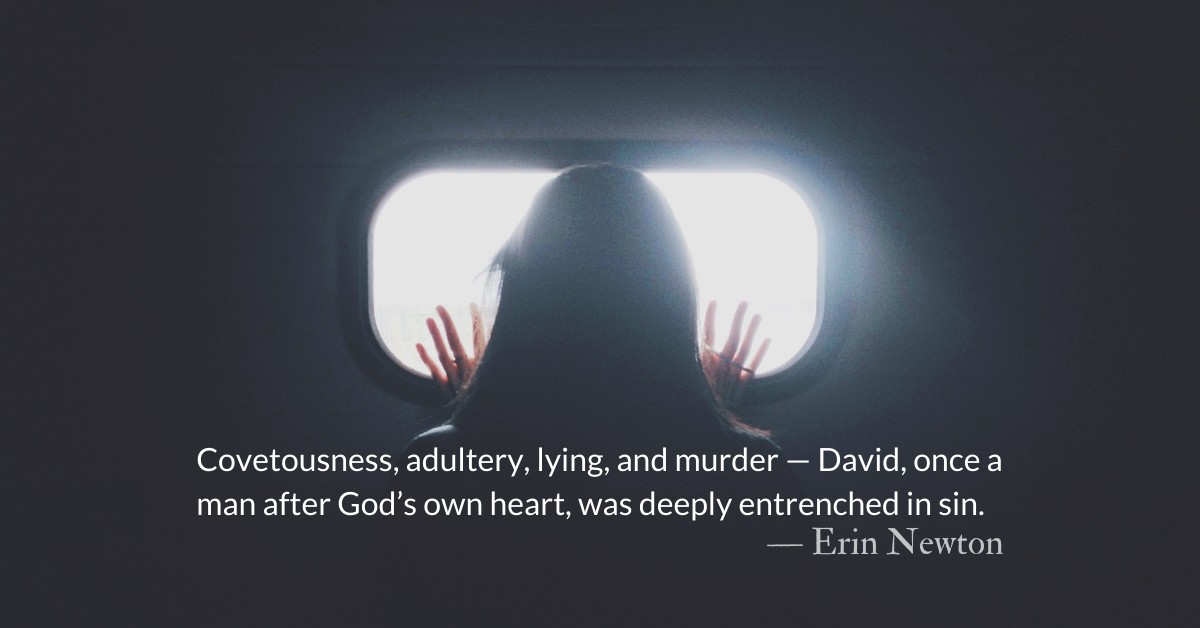 Scripture Focus: 2 Samuel 11:27
…But the thing David had done displeased the Lord

Not long ago, my former youth minister was convicted of sexually abusing minors. My friends were victims. He was a spiritual leader, a person in authority. Girls believed he was safe. In reality, he manipulated that trust and abused his power. And for decades, it remained hidden.

Stories of abuse are difficult to read. Some misuse 2 Samuel 11 and place blame on Bathsheba for somehow enticing David to sin. The truth is, this is a story of the gross abuse of power. Although painful, it must be told.

The story of David’s sin against Bathsheba is one filled with moments of moral failure and compounding sin. David neglected his military duty. Instead, he lusted after the unclothed, married woman he didn’t know. He inquired about her and wielded his authority, sending an invitation that could not be refused. Selfishly embracing sin, David slept with Bathsheba and sent her home. The incriminating results followed: Bathsheba was pregnant with his child.

David schemed to create reasonable doubt that Uriah could be the father. In contrast to the sinfulness of the king, Uriah upheld his integrity and resisted the lure of comfort and pleasure. When these schemes failed, David organized Uriah’s death and secured the anonymity of his prior sin. Covetousness, adultery, lying, and murder — David, once a man after God’s own heart, was deeply entrenched in sin.

The text does not indicate why David succumbed to this temptation. Some blame the corruption of power. Maybe it was bad company, spiritual apathy, or the unresolved temptation of lust. We can only conjecture, but it might be beneficial to meditate on how sin can be so easily embraced. No one is immune to sin. Sin is always crouching at the door.

Recent investigations revealed that churches have been guilty of enabling abusive leaders and attempting to cover up sexual assaults. As with David, authority has been used as a tool to shift blame to the victim, silence any witnesses, or hide the crime in darkness. These schemes to preserve the image of the institution corrupt the witness for Christ. Where do we go from here?

The next step must be to seek justice. The bold voice of Nathan was needed to bring the king to a place of repentance. Bathsheba deserved an advocate. We listen, we believe, and we speak out. Truth must be revealed in places where sin is hidden.

Divine Hours Prayer: The Refrain for the Morning Lessons
How sweet are your words to my taste! They are sweeter than honey to my mouth. — Psalm 119.103

Read more about Reflection: Have Mercy—Guided Prayer
David sinned against God by bringing harm to those God cared for, who included Bathsheba, Uriah, Joab, and the entire nation.

Read more about From Shameless to Blameless
Did he not take vengeance, commit war crimes, commit adultery by taking multiple wives and concubines in addition to taking (and possibly raping) Bathsheba?