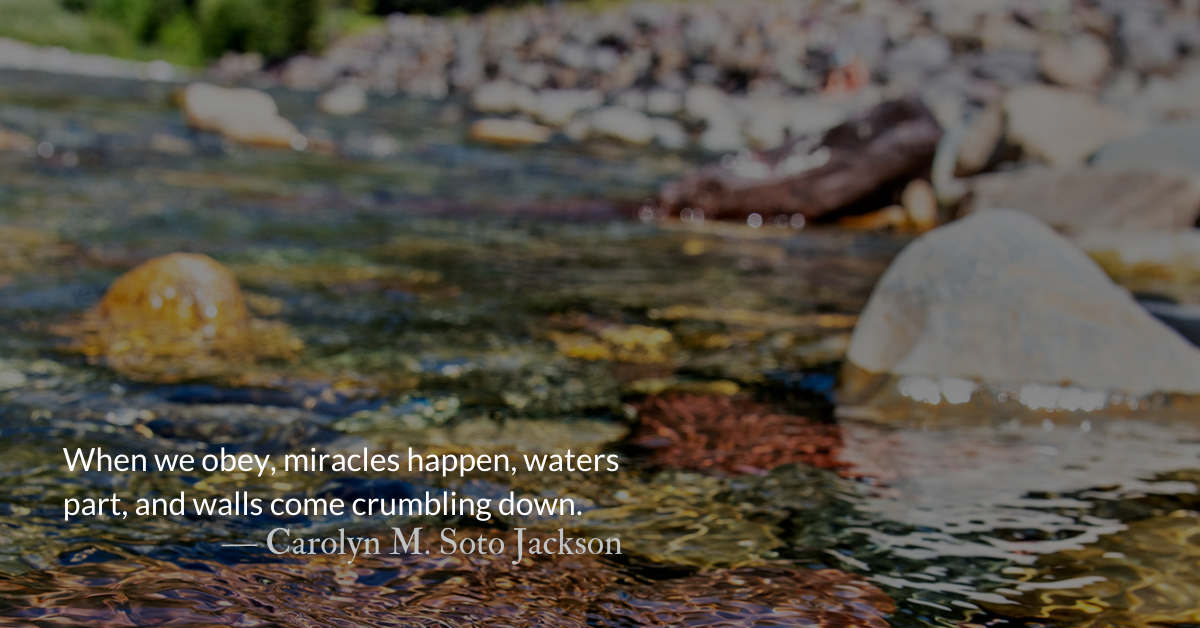 Lake McDonald, in the heart of Montana, is known for its remarkably clear water and for the striking multi-colored rocks below its surface. However, when they are removed from the water, these vibrant rocks are no longer as red, green, or blue as they once seemed.

This reminds us of the importance of being submerged in the living water of God’s presence and of how God kept His promise to the children of Israel. You may be thinking, how?

These aged rocks formed from clay under extreme heat and pressure caused by the weight of glaciers. The vivid colors come from their iron content and the presence or absence of water. Red rocks indicate oxidation from the air after they formed. Green rocks indicate they were formed in deep water, an environment preventing oxidation. Pressure and heat over numerous years resulted in beauty decades later. If God does this for rocks (Matthew 6.28-30), can you imagine what He does for his children?

Just as God brought them through the Red Sea, He also guided His children as they crossed the Jordan river. God gave Joshua instructions for twelve men to pick up twelve stones, while crossing. These twelve stones were used to construct a memorial as a sign of God’s fulfilled promise.

Like Aaron’s breastplate (Exodus 28.15-21), these twelve stones were a constant reminder of perseverance, deliverance, and redemption. These stones from the river allowed God’s glory to shine, not only below water, but above.

We know obeying God’s commands enhances his kingdom. When we obey, miracles happen, waters part, and walls come crumbling down. But it takes our steadfast love, obedience and faithfulness while we are in the waiting, especially under the pressure and heat of the world. We can be confident in this, if we are firm in the waiting, God will create beauty not only in heaven but here on earth.

Photo Credit: Today’s photo was also taken by Carolyn on a recent trip to Lake McDonald. Melissa and I have traveled there (Glacier National Park) as well and highly recommend making a trip.

Divine Hours Prayer: The Morning Psalm
I waited patiently upon the Lord; he stooped to me and heard my cry.
He lifted me out of the desolate pit, out of the mire and the clay; he set my feet upon a high cliff and made my footing sure.
He put a new song in my mouth, a song of praise to our God; many shall see, and stand in awe.
And put their trust in the Lord. — Psalm 40.1-3

Read more about Readers’ Choice 2021
Tell us about posts from the past eleven months (September 2020 through July 2021) that challenged you, comforted you, or helped you find new meaning in the scriptures.

Read more about Jericho’s Wall :: Readers’ Choice
We don’t deserve what God has given us…if we are unfaithful, we too will face God’s wrath and no wall will stand in its way. 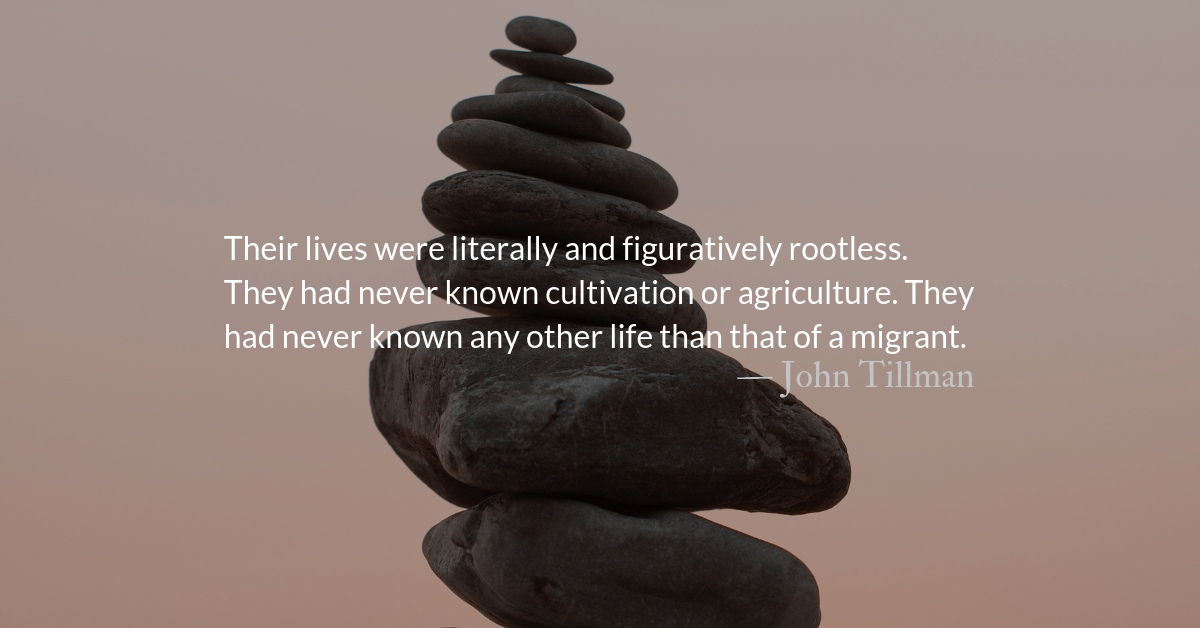 Joshua 4.20-22
And Joshua set up at Gilgal the twelve stones they had taken out of the Jordan. He said to the Israelites, “In the future when your descendants ask their parents, ‘What do these stones mean?’ tell them, ‘Israel crossed the Jordan on dry ground.’

Spiritual Markers are important. They mark places and times when we measured some extent of the width or depth of length of what God has done for us.

The younger generation of Israelites who crossed the Jordan with Joshua likely had no memory of slavery in Egypt or the miraculous plagues or the escape through the Red Sea. They were children who had grown up in the desert. Their lives were literally and figuratively rootless. They had never known cultivation or agriculture. They had never known any other life than that of a migrant.

Even the God they worshiped was a migrant God, wandering the desert with his people. The very mobility of the Tabernacle testified that God was a god like no other—a God not tied to a place but to people.

But the rocks taken from the center of the river were different. The altar built from these rocks would be the first act of cultivation in the land. The wandering, desert children who had never planted a seed, planted a marker in the land of faith and trust in God. The rocks from the river were to be a remembrance to a future generation. But the rocks would be meaningless without the testimony of those who carried them.

What markers have you planted to cultivate remembrance of God in your life?
The strongest markers are those which are tied to community, to relationships, and to stories that can be retold.

In later days, God would be forgotten. The altar built near the Jordan would still be standing, but the people would not stand by it. They would forget.

We, like the Israelites, excel at forgetting God and we are especially good at forgetting him when we are comfortable, wealthy, and prosperous.

Prayer: The Morning Psalm
How long shall the wicked, O Lord, how long shall the wicked triumph?…
They murder the widow and the stranger and put the orphans to death. Yet, they say, “The Lord does not see, the God of Jacob takes no notice.”…
He that planted the ear, does he not hear? He that formed the eye, does he not see? He who admonishes the nations, will he not punish? — Psalm 94.3, 6-7, 9-10

Readers’ Choice Submissions
It is once again time for us to seek out the voices of our readers and hear from you about posts from the past eleven months that have challenged and comforted you and helped you find new meaning in the scriptures.

Read more about Good News to the Poor
Today we also see poverty as a result of sin. But the God we believe the poor have sinned against is the god of Materialism and the god of Competence.

Read more about A Different Kind of Exile
The church that is oppressed, attacked, sidelined, and shunned, is shunted back onto the narrow path of obedience to Christ.