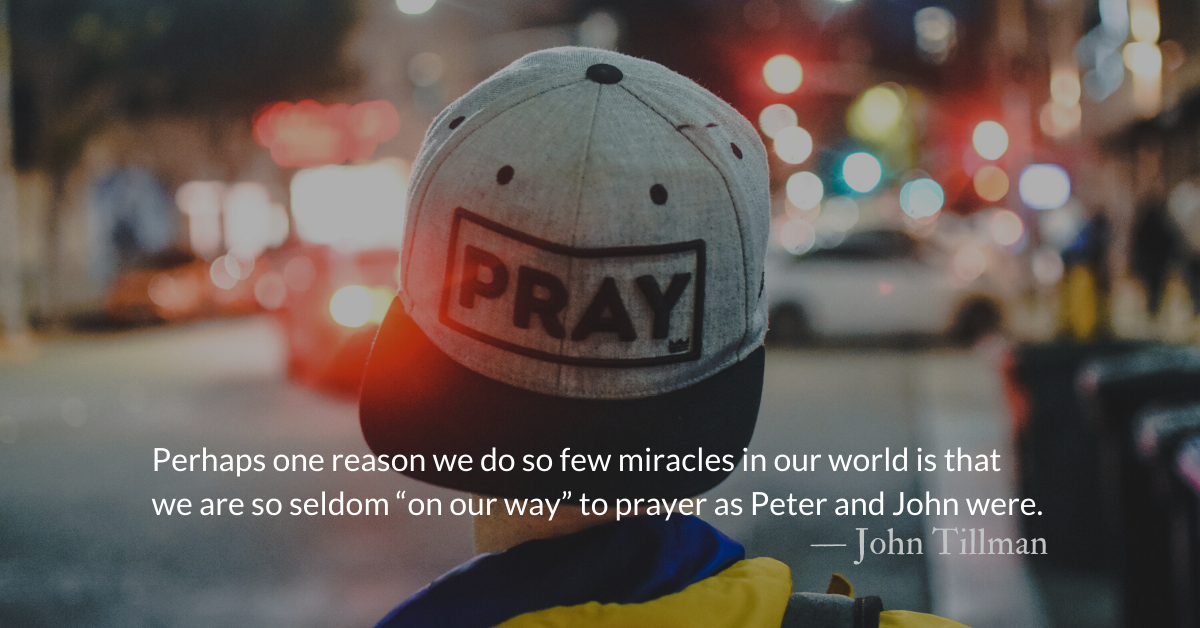 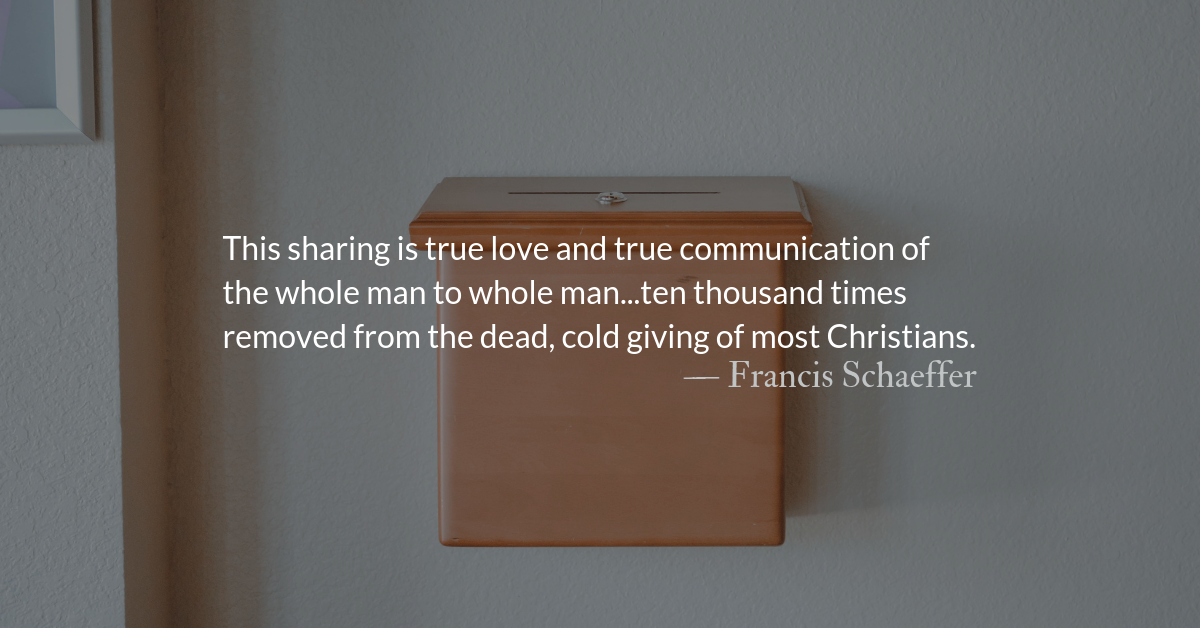 Acts 4.32
All the believers were one in heart and mind. No one claimed that any of their possessions was their own, but they shared everything they had.

Christian generosity is not merely passively giving a portion of our income as if we were being taxed by a government. Taxes push off our responsibility for others to an impersonal agency of government. Like Scrooge, we pay our taxes, pretending that it is our sole obligation.

If we treat Christian generosity in this manner, we rob it of any spiritual power. No wonder we feel powerless.

Francis Schaeffer rejects this concept, emphasizing that Christian generosity is not giving partially, but is a matter of sharing one’s whole life, irrevocably:

“In the Old Testament, the whole of life and culture was based upon the relationship of the people of God first to God and then to each other. It was not just a religious life, but the whole culture. It was a total cultural relationship, and through the New Testament no longer sees the people of God as a state, nevertheless there is still an emphasis upon the fact that the whole culture and way of life is involved in the vital diversity of love and communication. There is to be no platonic dichotomy between the “spiritual” and other things of life. Indeed, we read in Acts 4:31, 32:

After they prayed, the place where they were meeting was shaken. And they were all filled with the Holy Spirit and spoke the word of God boldly. All the believers were one in heart and mind. No one claimed that any of their possessions was their own, but they shared everything they had.

The Bible makes plain here that this is not a communism of law or external pressure. In fact, Peter, speaking to Ananias about his property, stressed: “While it remaineth was it not your own and after it was sold, was it not in thy power?” (Acts 5:4).

This sharing is not law, but true love and true communication of the whole man to whole man, across the whole spectrum of what humanity is. The same thing happened further abroad. Gentile Christians gave money to Paul to carry to Christian Jews. Why? So that there would be a sharing of material possessions.

This is ten thousand times removed from the dead, cold giving of most Christians. This is not a cold, impersonal act as a bare duty, but a sharing of the whole man with the whole man. True Christian giving is in love and communication across the whole framework of the interplay between whole men.”

*Excerpt from True Spirituality, by Francis A. Schaeffer.

Prayer: The Small Verse
My soul has a desire and longing for the courts of the Lord; my heart and my flesh rejoice in the living God. — Psalm 84.1

Read more about God Shivering on Concrete
Our God humbles nations addicted to greed—including His own.

Read more about A Cry to God for the Poor from Zimbabwe
We are overwhelmed by the breadth and depth of the wasteful exploitation of your creation.