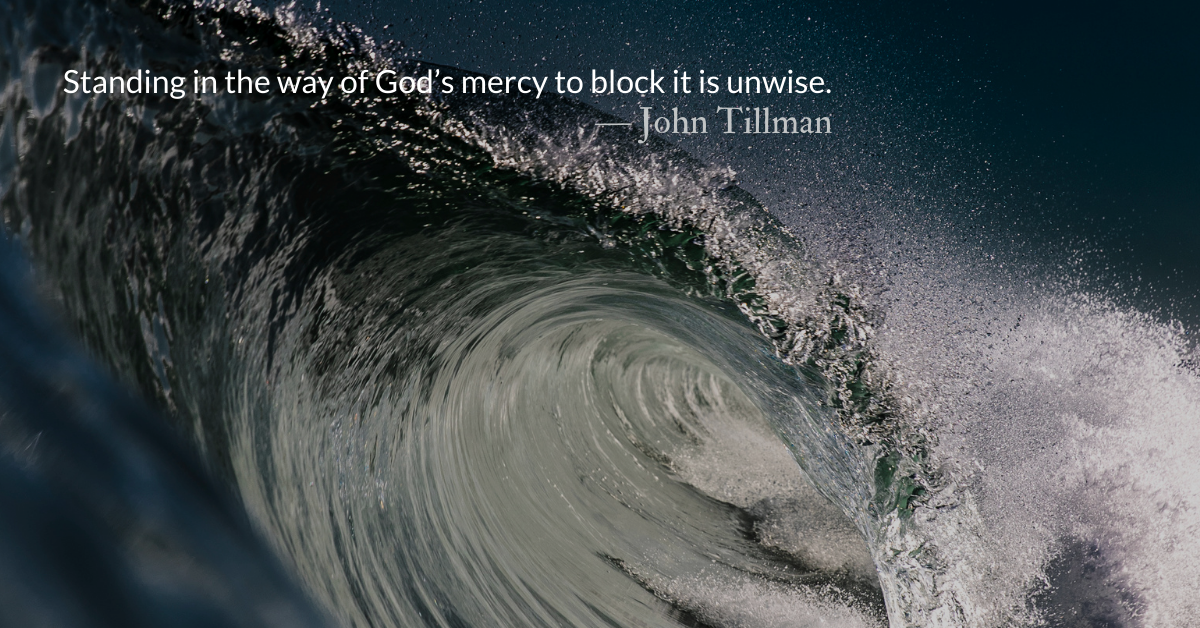 When God Has Mercy…Will We?

Scripture Focus: 2 Kings 14.23-25
23 In the fifteenth year of Amaziah son of Joash king of Judah, Jeroboam son of Jehoash king of Israel became king in Samaria, and he reigned forty-one years. 24 He did evil in the eyes of the Lord and did not turn away from any of the sins of Jeroboam son of Nebat, which he had caused Israel to commit. 25 He was the one who restored the boundaries of Israel from Lebo Hamath to the Dead Sea, in accordance with the word of the Lord, the God of Israel, spoken through his servant Jonah son of Amittai, the prophet from Gath Hepher.
26 The Lord had seen how bitterly everyone in Israel, whether slave or free, was suffering; there was no one to help them. 27 And since the Lord had not said he would blot out the name of Israel from under heaven, he saved them by the hand of Jeroboam son of Jehoash.

Reflection: When God Has Mercy…Will We?
By John Tillman

Jeroboam II became one of the most powerful and prosperous kings of Israel despite his unworthiness. Although he shared no familial line with the first Jeroboam, he shared his sin and wickedness.

The Lord’s compassion for the people, not the righteousness of their leader brought prosperity to Israel. However, that prosperity did not extend to all levels of society. Condemnations in Hosea and Amos record the extreme wealth of Israel’s leaders and the extreme suffering of the poor.

Another prophet serving during this time was Jonah son of Amittai. Chronologically, it is his first appearance. Jonah delivered the good news of God’s mercy to the wicked king of his own country. He carried God’s word to Jeroboam II that God would expand their borders and power. Later, when God wanted to send a message of mercy to Jonah’s political enemies in Nineveh, Jonah refused. His partiality led to his encounter with the fish, but his desire for vengeance remained undigested by the fish’s innards.

Jonah seemed to believe mercy should be limited to his own tribe and country while everyone else burned. How many of us are like him?

Do we mistakenly think we deserve God’s mercy while others don’t? Our leaders are no more deserving, our tribes are no more righteous, our institutions are no more worth saving.

God chooses to have mercy on whom he will. We can be channels of that mercy, like Abram interceding for Sodom, Moses interceding for the people, or dozens of other biblical examples.
However, standing in the way of God’s mercy to block it is unwise. God’s mercy may overwhelm us like it did Jonah, or it may destroy us like the officer trampled by the crowds running out to the spoils announced by the four lepers.

Jonah held his bitterness so deeply that the depths of the sea couldn’t wash it away and the sun couldn’t burn it away. How deeply will we hold on to ours?
One thing is certain, God keeps his merciful promises, even when we are unworthy vessels and unworthy recipients.

Read more about To Wicked Kings, Foreign and Domestic
We must abandon Jonah’s sinful wish to weaponize God’s wrath.

Read more about Beyond Selfish Thankfulness
A God who does not treat us as we deserve is also a God who often does not treat our enemies as we might feel they deserve. 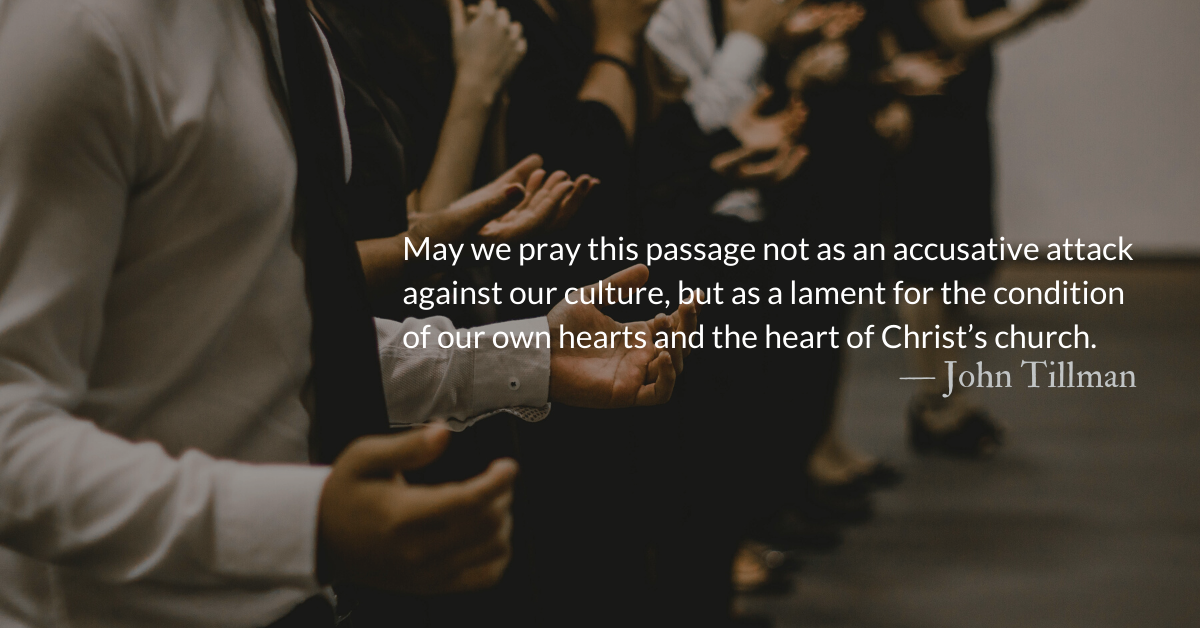 Praying for Repentance :: A Guided Prayer

Scripture Focus: 2 Timothy 4.3-4
For the time will come when people will not put up with sound doctrine. Instead, to suit their own desires, they will gather around them a great number of teachers to say what their itching ears want to hear. They will turn their ears away from the truth and turn aside to myths.

Reflection: Praying for Repentance :: A Guided Prayer
By John Tillman

Being stoned, being beaten, being imprisoned, and being run out of town by mobs doesn’t exactly sound like acceptance or tolerance. Doctrinal diligence is needed in every age of the church. Defending correct doctrine is the task Paul is quite seriously commanding Timothy to prepare for. We need to prepare for it too.

Let us pray for our culture and ourselves this weekend, a prayer of repentance. Our prayer today is based on yesterday’s readings from chapter 3, verses 2-5 and Paul’s description of sinful, self-interested people who are lovers of themselves.

A Prayer for Repentance
Lord we remember your prophecy from yesterday’s reading about how sinful people would become. Empower us to confess and repent of these sins, reversing them in our lives to bless others.

May we pray this passage not as an accusative attack against our culture, but as a lament for the condition of our own hearts and the heart of Christ’s church.

Lord rather then become like the people Paul warned Timothy of,
May we be found by you and seen by the world as we are:
Showing love to outsiders
Shunning the allure of money and wealth
Praising others not ourselves
Being humble
Healing others in words and deed
Honoring our elders and parents
Living in gratitude
Being made holy by the Holy Spirit
Indwelt by love beyond ourselves
Forgiving
Truth telling and affirming
Calming
Tender and caring
Loving the good
Showing loyalty,
Sharing wisdom,
Shunning the spotlight
And sacrificing our pleasure to serve others.

May our repentance bring glory to Christ and not to ourselves and may Jesus’ name be praised.

Divine Hours Prayer: The Request for Presence
Our God will come and will not keep silence; before him there is a consuming flame and round about him a raging storm. — Psalm 50.3

Read more about Confessing, Instead of Weaponizing PropheRather than weaponize Paul’s words to attack our culture with an accusing cry, we should instead cry for forgiveness and mercy as we recognize that these faults are also in us.

Read more about Praying as Priests
As followers of God today, a part of our identity is as carriers of the blessings of God that are intended for the world.