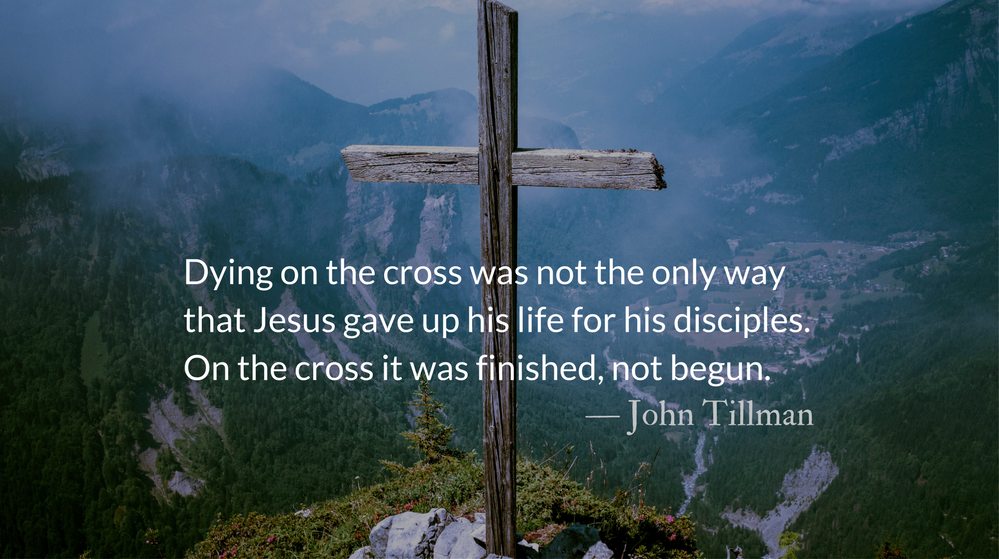 Scripture: 2 Timothy 4.6-8
For I am already being poured out like a drink offering, and the time for my departure is near. I have fought the good fight, I have finished the race, I have kept the faith. Now there is in store for me the crown of righteousness, which the Lord, the righteous Judge, will award to me on that day.

Even though Western Christians are not facing anything that could truly be called persecution, it is still possible, even in a modern, Western, Christian church to be martyred. Over the next two days we will look back at a not-so-recent story of a martyr that never really made it into the headlines and reflect on where martyrdom begins for every Christian. — John

Does martyrdom begin when a knife is held to your throat? If laying down our lives for another shows the greatest love, is it not possible to show that love unless our lives are taken in violence?

On July 26th, 2016, near the city of Rouen, in France, a Catholic priest, Father Jacques Hamel, was killed in a vicious attack. The attack occurred during mass in the church at Saint-Étienne-du-Rouvray, where, despite being of retirement age, the 85 year old had served as auxiliary priest since 2005.

It’s easy to think that when Jesus referred to laying his life down for his friends, he was referring to his imminent death on the cross. And we are right to do so. He died for us. He gave up his life on the cross. But stopping there simplifies what Jesus did — and what he said — into one single act.

When Jesus talked about giving up his life and commanded his followers to do as he did, he hadn’t died yet. What he had just done was wash their feet. He had lowered himself from his position as leader to serve them. And he served them in a way that was unreasonable, even degrading, in the eyes of some.

Our laying down our lives for each other as Christ did may include physical martyrdom, but it definitely includes more than that. It is harder than that. Father Hamel spent seconds—perhaps minutes—dying for his flock. He spent more than a half-century serving them.

We are commanded to take up our cross daily, not finally. It is in the so-called small, everyday sacrifices that we give our lives for each other. We do it in each hour, each moment, that we remember to not stay in lofty positions as respected teachers and friends, but to lower ourselves, perhaps humiliatingly, to serve each other.

Revised and abridged from a post on Garage For Faith.

The Refrain for the Morning Lessons
Protect my life and deliver me; let me not be put to shame, for I have trusted in you. — Psalm 25.19

Read More: Where Martyrdom Begins Part 2
Physically giving up your life — being martyred — on behalf of others is loving as Christ did on one day of his life. But giving up your rights purposely, embracing humiliating servitude to help others, and doing it with a heart of love and not resentment, is how Christ loved us on every other day of his life.