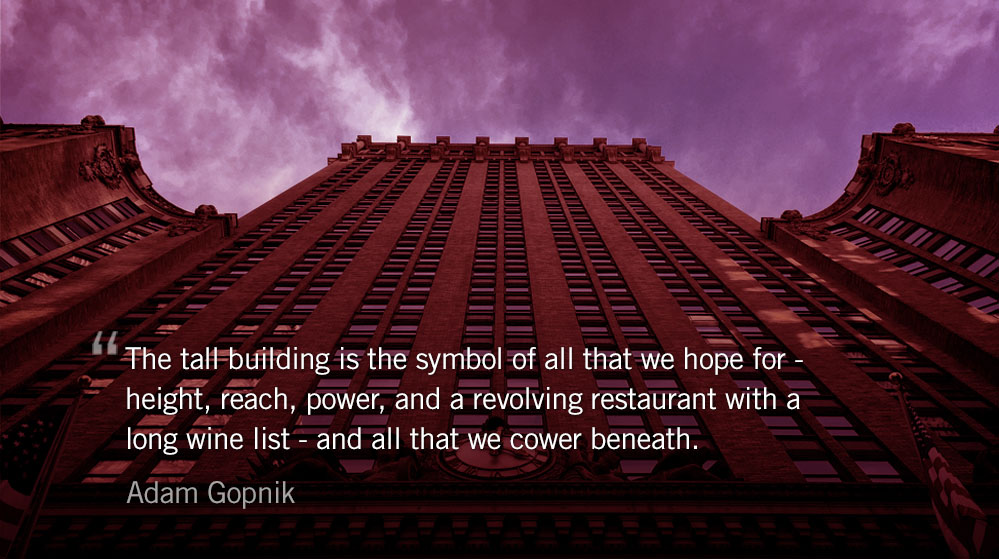 Weight of the World :: Readers’ Choice

“This is my favorite Park Forum of all time.” — Mark

Psalm 95:3-4
For the LORD is a great God, and a great King above all gods. In his hand are the depths of the earth; the heights of the mountains are his also.

It may be partially as survival mechanism, but urbanites find near-perverse delight in the idiosyncrasies of city life. Pastor Taylor Field of Graffiti Church in Manhattan recently shared one of his favorite urban contrasts, found in a 7 ton bronze statue of the god Atlas. Although immense, and depicted with defined muscle, the figure of Atlas strains under the weight of the world, which rests on his shoulders.

Because it is placed outside one of the entrances to Rockefeller Center, the 45 foot tall statue seems dwarfed by the scale of the buildings which surround it. Writing for The New Yorker, Adam Gopnik observes, “The tall building is the symbol of all that we hope for — height, reach, power, and a revolving restaurant with a long wine list — and all that we cower beneath.”Gopnik explains the ornate design of Rockefeller Center and its impressive artwork: “It was not that Rockefeller, in a burst of civic generosity, decided to go all out. It was that everyone then was expected to go all out… All the things that make Rockefeller Center immediately winning–the statues of Prometheus and Atlas, the molded glass bas-reliefs–were just part of what you were expected to do.” Expectations can be immensely heavy. We often find ourselves, like Atlas, crushed by the weight of the world.

Tucked humbly behind the alter inside St. Patrick’s Cathedral — just a few hundred feet from Rockefeller’s statue of Atlas on Fifth Avenue — is a significantly smaller statue of Jesus. The Christ stands, but a child, effortlessly holding the world in the palm of his hand.

The Psalmist writes, “In his hand are the depths of the earth; the heights of the mountains are his also. …Oh come, let us worship and bow down.” The best reason to find ourselves kneeling is not because we’re buckling under the weight of the world, but because we’re falling in worship and submission to the one who holds it effortlessly in his hands.

Prayer
Father, we confess the pride that leads us try and live with burdens for which we were not designed to carry. Truly our lives, and everything in them, are yours. We are stunned, Father, by the gentle embrace of your grace. Our lives are restored by your kindness that leads us to repentance. May we grow in trust as we respond to your love for us.