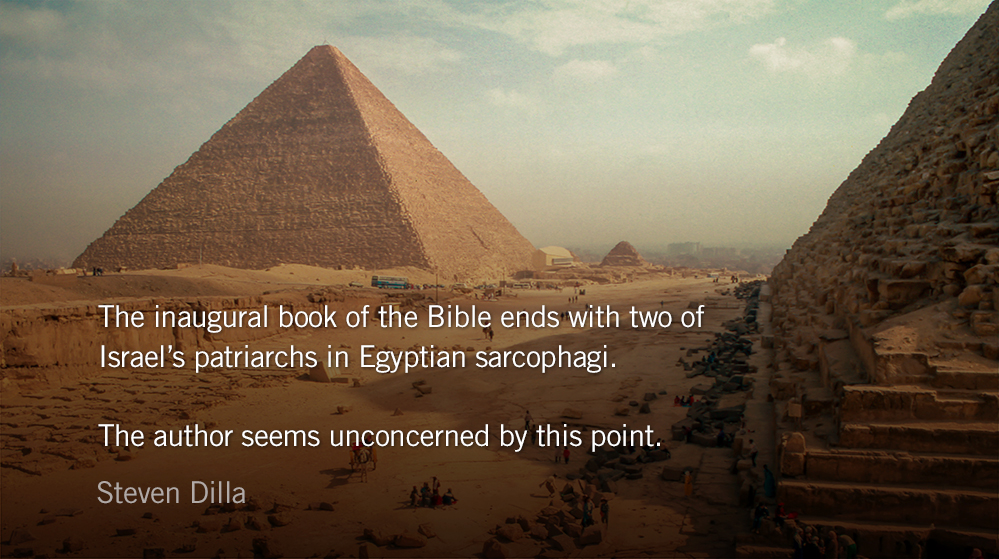 There is not a square inch in the whole domain of our human existence over which Christ, who is Sovereign over all, does not cry, Mine!

So Joseph died at the age of a hundred and ten. And after they embalmed him, he was placed in a coffin in Egypt.

Reflection: A Vocation Hostile to Faith
The Park Forum

The earliest-dated Egyptian mummies happened naturally—their bodies preserved by the relentless heat and arid climate of the ancient Near East. Around 2,600 B.C.E, long before Joseph’s time, Egypt formalized a mummification process.

“The embalmers took out the brains and entrails and washed them in palm wine,” the Greek historian Herodotus explained. “They began to anoint the body with the oil of cedar, myrrh, cinnamon, and cassia.”

Mummification was not simply a medical practice, but a spiritual rite. Archaeologists have unearthed amulets believed to provide blessing, and canopic jars which paired individual organs to gods for protection. Many mummies held a papyrus scroll containing spells from the Book of the Dead.

The Bible made a point to show that Joseph asked for his father to be embalmed by doctors. Priests would have been normative, and Joseph’s maneuver likely exempted Jacob from some of the spiritual murkiness of mummification. But because he had been a ruling official under Pharaoh, Joseph’s body would have had a full Egyptian burial ceremony.

This isn’t the only time in the scriptures where vocation creates tension with faith. When Naaman places his trust in God after Elijah heals him, the Syrian army commander presents a dilemma. Part of his occupation involves escorting his leader into a pagan temple and helping the leader bow before Baal’s idol—a act which caused Naaman to bow as well.

“Go in peace,” the prophet tells Naaman. Shalom he says—may things be exactly as God wills them.

God knows the true resting place of our hearts. God also values a person wholly submitted to him yet embedded in a pagan culture—how else will the nations be reached? How will each vocation be redeemed?