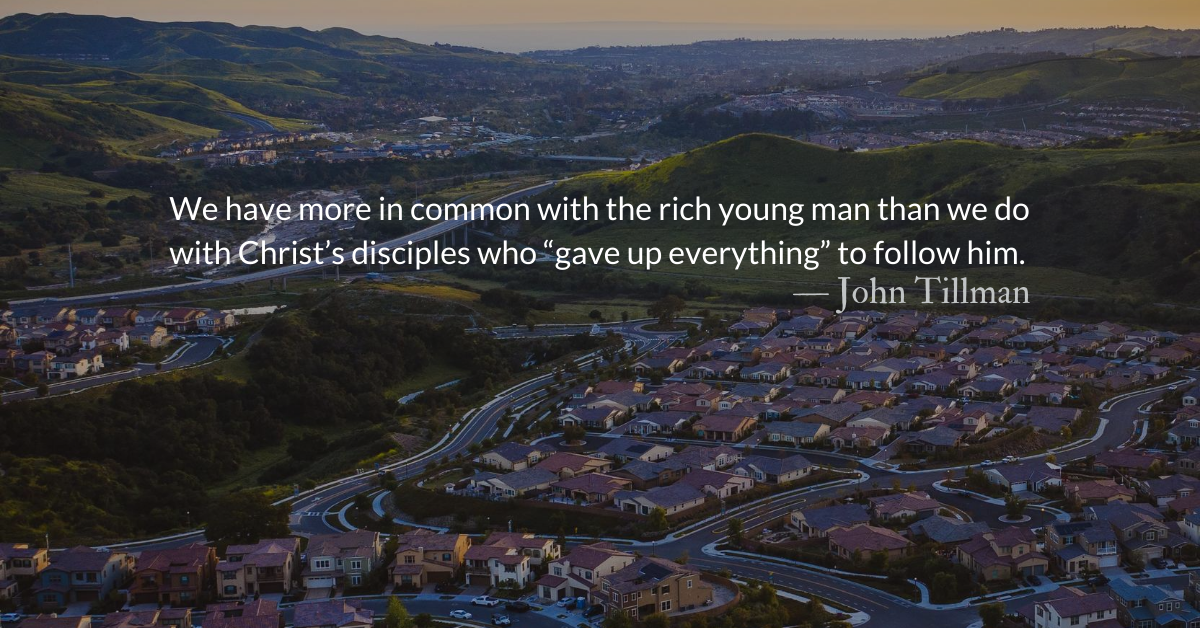 Scripture Focus: Mark 10.17
17 As Jesus started on his way, a man ran up to him and fell on his knees before him. “Good teacher,” he asked, “what must I do to inherit eternal life?”

Everything about how the rich man approached Jesus communicated urgency.

The rich man rushed up to Jesus and knelt down in a show of humility and concern. The way he approached was similar to the way Jairus approached when his daughter was dying. It was the way lepers knelt, desperate for healing. It is similar to the way a father approached Jesus when his demon-possessed child could not be healed by the disciples or the way the Syrophoenician woman begged for her child’s life to be delivered from demonic oppression. It was the way the demoniac of Gerasenes approached Jesus.

Most everyone who approached Jesus in this way had someone’s life on the line but the rich man was concerned with something else. He asked to know how to “inherit eternal life.”

The word translated “inherit” is fairly common in scripture. It consistently refers to receiving something of value that one has not earned. There are many promises of God that we can inherit, but none we deserve or earn.

We don’t know much else about the rich man but it seems safe to assume that he was familiar with earning and with inheriting. He was immersed in a system of earning and a system of spiritual achievement. He saw eternal life as the cherry on top of the delightful treat his life already was in contrast to those around him.

Jesus’ answer dashed his anticipation. Urgency melted to apathy. The wealthy young man wasn’t ready to give up earning and he didn’t yet trust what he would stand to inherit. We are so similar to him. Especially in the West, we have more in common with the rich young man than we do with Christ’s disciples who “gave up everything” to follow him.

Do we trust what we will inherit by giving up our worldly possessions to benefit others?
Are we willing to give up earning our righteousness and counting our trophies of achievement?

Scripture is silent about it but I like to imagine that the rich man eventually came back. After all, Jesus tells the disciples regarding this, “…all things are possible with God.” (Mark 10.27) The rich young ruler is not beyond saving and neither are we.

Divine Hours Prayer: The Refrain for the Morning Lessons
Great are the deeds of the Lord! they are studied by all who delight in them. — Psalm 111.2

Read more about The Miracle of Faith
I long to be filled with faith, but I’m often filled with…pride, like the rich young ruler who claimed to have kept all the commandments.

#ReadersChoice is time for you to share favorite Park Forum posts from the year.
What post lifted your spirit?
https://forms.gle/DsYWbj45y9fCDLzi7