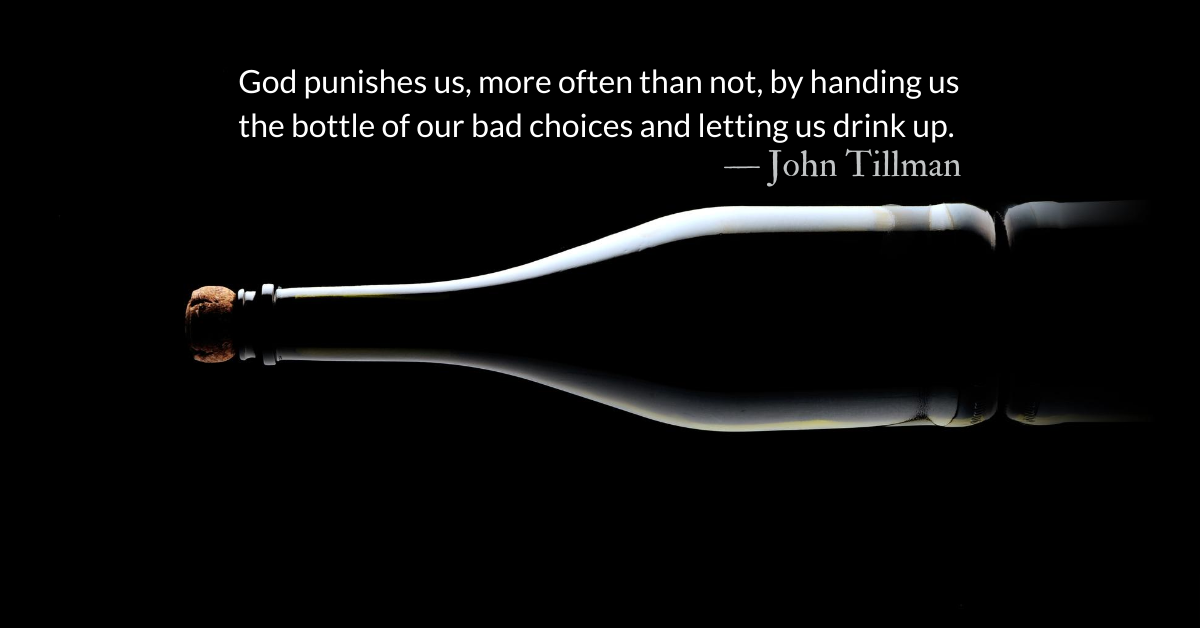 Scripture Focus: Jeremiah 25.27
27 “Then tell them, ‘This is what the LORD Almighty, the God of Israel, says: Drink, get drunk and vomit, and fall to rise no more because of the sword I will send among you.

Jeremiah’s prophecy of the cup of God’s wrath is so shocking that it leads to death threats against him.

We might imagine this cup filled with dreaded poison. We’d be wrong. We might imagine the horrific practice, used by ancient Romans, Spanish Inquisition torturers, and South American tribes, of having molten gold poured down one’s throat. This type of horrific torture is human wrath, not divine wrath.

The cup of God’s wrath, as described by Jeremiah, is not filled with poison, molten gold, burning sulfur from the lake of fire, or any fanciful substance of perverse punishment or torture. It is filled with wine.

No special torturous properties are needed. The contents are our own desires. Victims simply drink and drink and drink, until they vomit and die. The picture painted by Jeremiah is a messy nightmare of people dying in pools of their own vomit. It is still horrific, but a far cry from scenes that might garner high ratings on television programs like Game of Thrones.

God’s wrath does not work the way human wrath does. God punishes us, more often than not, by handing us the bottle of our bad choices and letting us drink up. Jeremiah describes how the cup of God’s wrath would be passed from nation to nation as they each in turn were judged by God for their excesses and sin.

The cup of God’s wrath is also a long time in coming. In this case, Jeremiah has been preaching for twenty-three years before God finally gives up appealing to his people and gives them over to self-destruction.

May we learn to listen to God’s prophets who, like Jeremiah, might not speak in ways we like or appreciate.
May we learn to soften our hearts to God’s appeals so that we, like the “good figs” mentioned in the previous chapter, (Jeremiah 24.4-10) will be carried through the judgment God allows rather than being destroyed in it.

Divine Hours Prayer: The Refrain for the Morning Lessons
For as the heavens are high above the earth, so is his mercy great upon those who fear him. — Psalm 103.11

Read more about Liquid Wrath and Liquid Forgiveness
When it comes to divine wrath, scripture often portrays it as a liquid.

#ReadersChoice is time for you to share favorite Park Forum posts from the year.
What post challenged or convicted you?https://forms.gle/DsYWbj45y9fCDLzi7