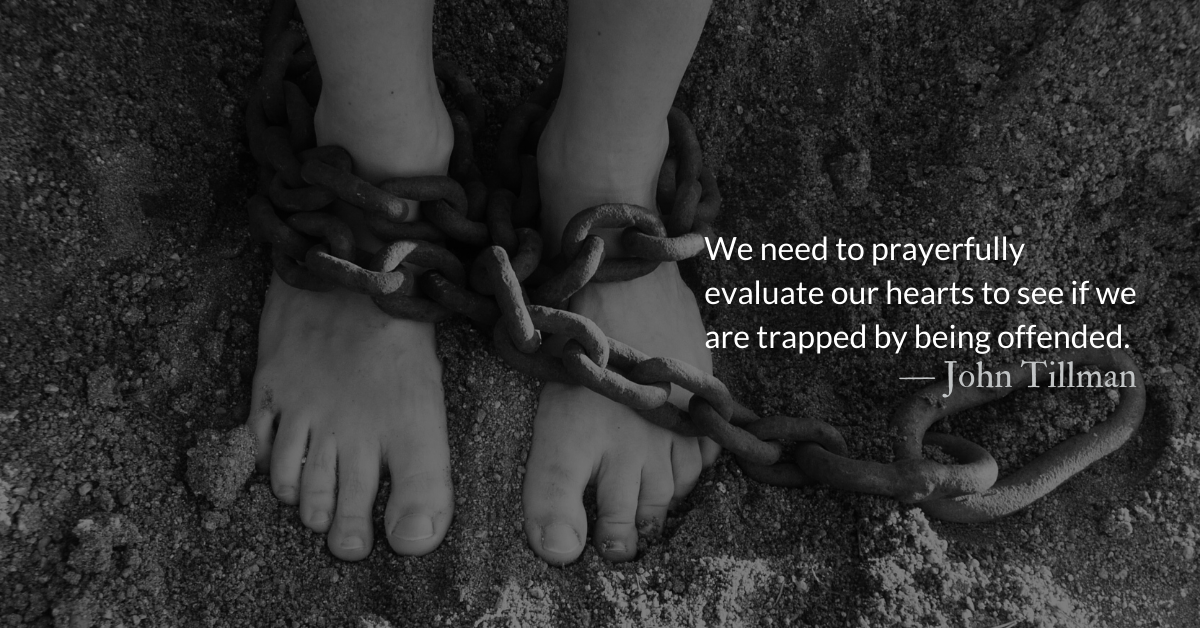 Trapped by Being Offended

Scripture Focus: Mark 6.4
A prophet is not without honor except in his own town, among his relatives and in his own home.

Jeremiah 20.1-2
When the priest Pashhur son of Immer, the official in charge of the temple of the Lord, heard Jeremiah prophesying these things, he had Jeremiah the prophet beaten and put in the stocks.

Mark 6.27-28
So he immediately sent an executioner with orders to bring John’s head. The man went, beheaded John in the prison, and brought back his head on a platter.

From John: This repost from 2018 is even more relevant today. When anyone today challenges us, our first instinct has become offense. Any prophet, preacher, politician, scientist, or fellow believer becomes a threat to us if they present evidence contrary to what is comfortable for us to believe. We marginalize them, attack their reputation, redraw our ideological lines to exclude them, and refuse to listen or to judge what they say.

Reflection: Trapped by Being Offended
By John Tillman

Step one: Minimize the prophet’s message based on his or her family background, age, race, gender, or history.
Focus on the prophet and magnify any flaw. Jeremiah was a young, unpatriotic upstart. Jesus was an out-of-wedlock, scandalous, small-town kid from a flyover state from which nothing good could come. John was an extremist and was politically insensitive.

Step two: Publicly censure the prophet, inviting shame, scorn, and sometimes violence.
Jeremiah was held in stocks in the Temple. The purpose of such a punishment is to shame and humble an enemy; to make him or her powerless, allowing verbal and physical attacks. This practice is common today. We still love shaming and stoning people. We just mostly do it digitally through social media.

Step three: Conspire with the powerful to have the prophet silenced.
John’s attack on Herod’s incestuous marriage brought him into political crosshairs and set in motion an illegal conspiracy to have him killed. Jesus also was the victim of conspiracy, leading to his shaming, humiliating death on the cross. Jeremiah was tortured many times. The Bible doesn’t record his death, but according to traditional sources he was eventually stoned.

Read more about Avoiding Haman’s Petard
Haman’s path to hatred was hatched based on an action which he interpreted as disrespect.

#ReadersChoice is time for you to share favorite Park Forum posts from the year. What post helped you pray more frequently?https://forms.gle/DsYWbj45y9fCDLzi7

An Officer and Four Leper Men