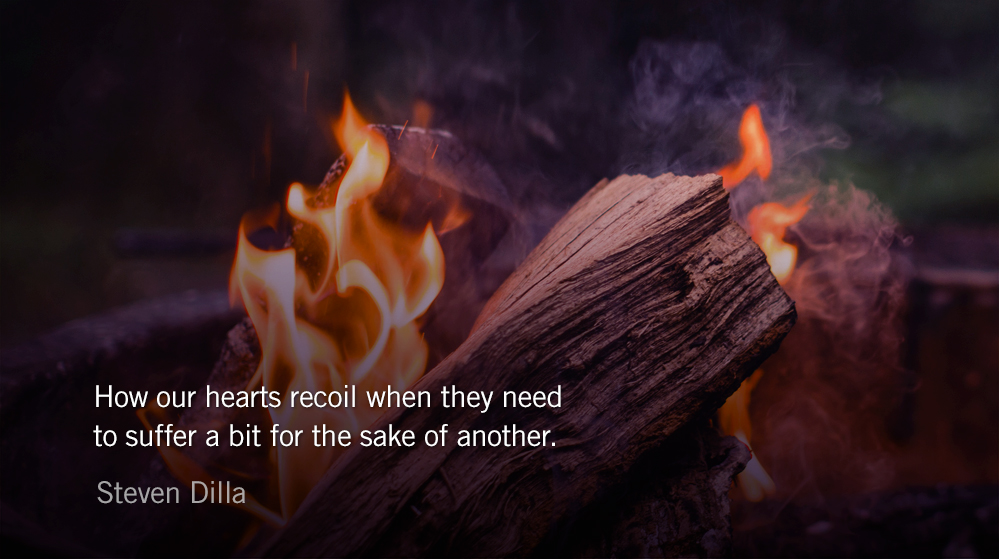 Through the Faith of Another

And when they could not get near him because of the crowd, they removed the roof above him, and when they had made an opening, they let down the bed on which the paralytic lay. — Mark 2.4

Near the middle of the 13th century Thomas Aquinas assembled a remarkable commentary on the Scriptures entitled Catena Aurea. The Saint quotes the works of over 80 church fathers—curating a work that is not only remarkably diverse, but also revealing of Aquinas’ own perspective.

Aquinas begins his commentary of the paralytic, whose friends cut a hole in a roof to lower him before Christ, with the arresting observation, “The desire of hearing Him was stronger than the toil of approaching Him.”

We, in the western world, do not have to toil to reach much of anything. Toil is understood as inefficiency which ought be eliminated. When it comes to faith we are then faced with a myriad of realities: It’s not toilsome to press a few buttons on our phones to read a devotional, but what happens when living our faith becomes costly? How our hearts recoil when they need to suffer a bit for the sake of another.

Aquinas’ commentary continues to follow the young men as they carry their friend to Christ:

Finding the door blocked up by the crowd, they could not by any means enter that way. Those who carried him, however, hoping that he could merit the grace of being healed, raising the bed with their burden, and uncovering the roof, lay him with his bed before the face of the Savior.

There follows: “And when Jesus saw their faith, he said to the paralytic, ‘Son, your sins are forgiven.’”

He did not mean the faith of the sick man, but of his bearers; for it sometimes happens that a man is healed by the faith of another.

The mens’ action was remarkably toilsome. Aside from digging through the layers of an ancient roof, they likely faced the scorn of the homeowner, the cost (and possibly labor) of repair, not to mention the disdain of the religious leaders who were only there to begrudge Christ.

We are remarkably efficient at performing real time cost-benefit analysis. Yet we are also surrounded by people whose lives could be transformed by the toil of our faith. Like Aquinas, our voice can be shaped by the multitude of the faithful who walked before us—a cloud of witnesses encouraging us to toil on behalf of others.