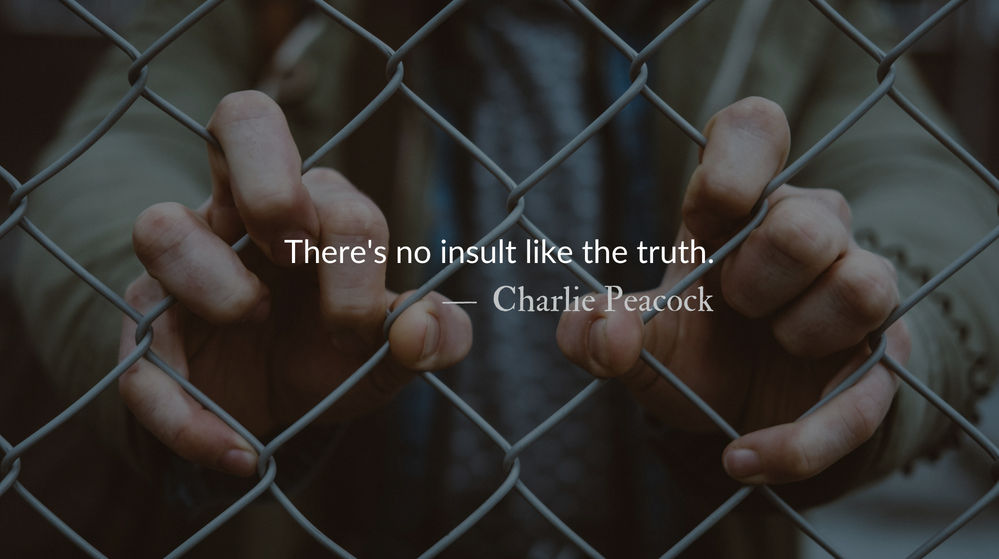 The Trap of Being Offended

When the priest Pashhur son of Immer, the official in charge of the temple of the Lord, heard Jeremiah prophesying these things, he had Jeremiah the prophet beaten and put in the stocks.

So he immediately sent an executioner with orders to bring John’s head. The man went, beheaded John in the prison, and brought back his head on a platter.

Reflection: The Trap of Being Offended
By John Tillman

Step one: Minimize the prophet’s message based on his or her family background, age, race, gender, or history.

Focus on the prophet and magnify any flaw. Jeremiah was a young, unpatriotic upstart. Jesus was an out-of-wedlock, scandalous, small-town kid from a flyover state from which nothing good could come. John was an extremist and was politically insensitive.

Jeremiah was held in stocks in the Temple. The purpose of such a punishment is to shame and humble an enemy; to make him or her powerless, allowing verbal and physical attacks. This practice is common today. We still love shaming and stoning people. We just mostly do it digitally through social media.

Step three: Conspire with the powerful to have the prophet silenced.

John’s attack on Herod’s incestuous marriage brought him into political crosshairs and set in motion an illegal conspiracy to have him killed. Jesus also was the victim of conspiracy, leading to his shaming, humiliating death on the cross. Jeremiah was tortured many times. The Bible doesn’t record his death, but according to traditional sources he was eventually stoned.

Prayer: The Greeting
My mouth shall recount your mighty acts and saving deeds all day long; though I cannot know the number of them. — Psalm 71.15

Additional Reading
Read More about Kingdom Manifestation :: A Guided Prayer
Pray God will use you in healing the infectious, in redeeming the lost causes, and in hospitality to the thieves crucified beside you.

Readers’ Choice
In August we will look back at our readers’ favorite posts of the year. Submit a Readers Choice post.
Tell us about a post and what it meant to you. What post comforted you?