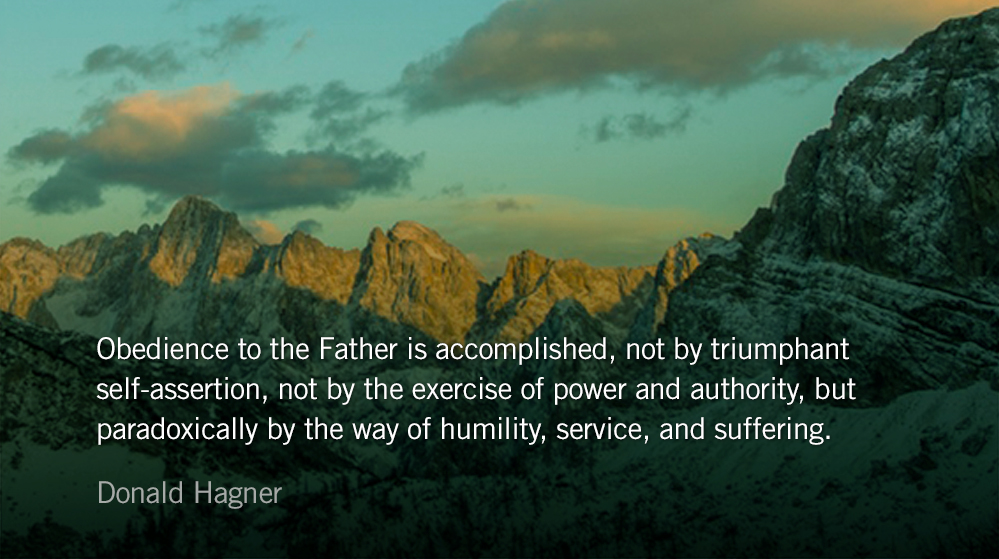 The Root of Faithfulness

Don’t aim at success—the more you aim at it and make it a target, the more you are going to miss it. For success, like happiness, cannot be pursued; it must ensue, and it only does so as the unintended side-effect of one’s personal dedication to a cause greater than oneself or as the by-product of one’s surrender to a person other than oneself. — Victor Frankl

Every temptation Christ faced was rooted in something which he was within his rights to claim. Jesus was tempted to claim his rights by his own power, on his own timeline, and apart from his Heavenly Father. The temptation account is not a lesson inspiring the faithful to live stronger lives, instead Christ demonstrates what is possible when a person’s identity is firmly rooted in God.

In the sum of his life, Christ’s success was antithetical to worldly success. He restored man’s broken relationship with God, defeated evil, and rose to the right hand of his Father. To accomplish this he became impoverished, homeless, rejected, scorned, beaten, and executed. There are contemporary versions of Christianity that pray for all opposition to be removed—they are effectively praying they fail at following Christ. In Jesus’ own words:

If anyone would come after me, let him deny himself and take up his cross and follow me. For whoever would save his life will lose it, but whoever loses his life for my sake will find it. For what will it profit a man if he gains the whole world and forfeits his soul?

In meditating on the story of Christ’s obedience in temptation, we must focus our attention to how and why he was steadfast. Donald Hagner, a theologian at Fuller in southern California, writes,

The goal of obedience to the Father is accomplished, not by triumphant self-assertion, not by the exercise of power and authority, but paradoxically by the way of humility, service, and suffering. Therein lies true greatness. In fulfilling his commission by obedience to the will of the Father, Jesus demonstrates the rightness of the great commandment as well as his own submission to it.