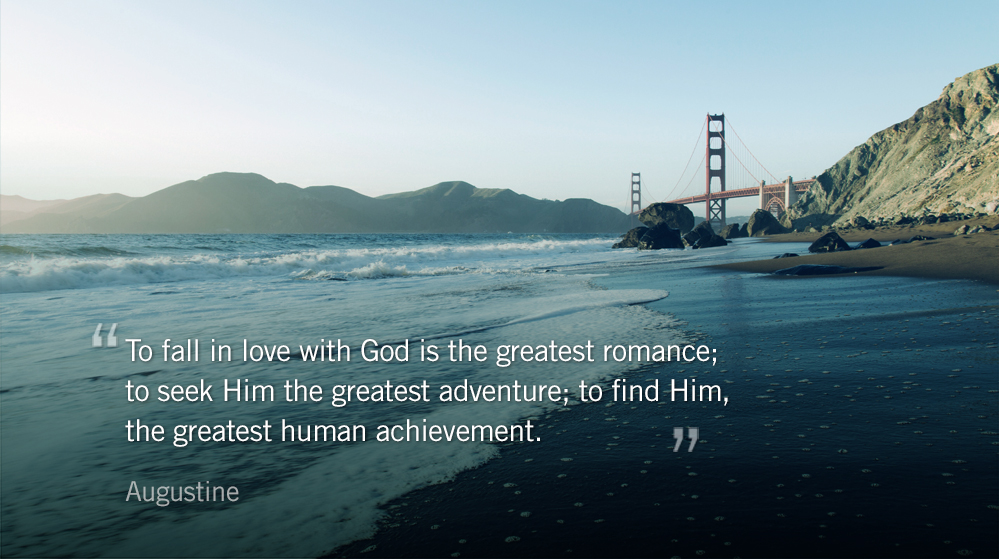 The Object of Our Faith :: Readers’ Choice

“I was reading Humans of New York’s Facebook page and a woman commented that she grew up with organized religion but once she moved to NYC, she was liberated from thinking what others told her to think. Christianity is more about falling in love, an adventure, and an achievement than about organized religion.” — JoAnn

Philip opened his mouth, and beginning with this Scripture he told him the good news about Jesus. —Acts 8.35

Coming to belief in Christ is a mysterious and wonderful thing. As Augustine explained, “To fall in love with God is the greatest romance; to seek Him the greatest adventure; to find Him, the greatest human achievement.”

Acts 8-9 recounts the stories of salvation among the least likely of subjects: a racially oppressed group, a mystic, a pagan leader, and ultimately a radical extremist who had dedicated the first half of his life to terrorizing the early Christians.

What each held in common was their willingness to forfeit their previous systems of belief as a response to the glorious grace set before them. Because the stories move so quickly from one to another it’s easy to miss the struggle each would have faced in yielding their worldview to an outside source.

This struggle has not diminished today. Timothy Keller recounts the story Duke University professor Stanley Hauerwas tells of his philosophy students and their assumption that modern individuals must determine truth for themselves.

The professor explains that “Every religion and culture was different, but every culture before our culture said, ‘Right and wrong is determined by something outside the self, and it’s the job of the self to harmonize with it.’ We are the first culture, Hauerwas says, that is marked by “expressive individualism.”

Hauerwas challenges his students with this; “‘I’m not going to argue which of these views is right. All I’m going to tell you is this: When an American says you have to think and determine truth for yourself, you are not thinking for yourself at all. You are adopting a particular way of thinking, a particular view of truth and spiritual reality. It is a Western, almost tribal, white European way of thinking based on the Enlightenment, based on Romanticism, those European movements, and you’re believing it not because you’re thinking for yourself, but because your culture has told you to do it.’”

Responding to Christ challenges our assumptions, pride, and illusion of self-sufficiency. The alternative, assimilating God into our personal worldview, is just as much an act of faith, but one rooted in selfishness. Augustine put it another way, “If you believe what you like in the gospels, and reject what you don’t like, it is not the gospel you believe, but yourself.”