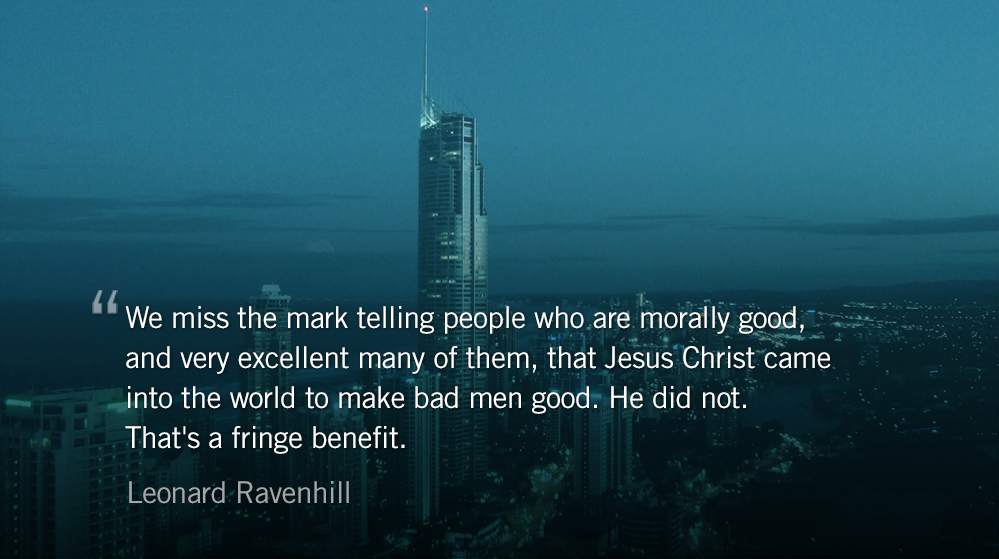 TBT :: The Transcendence and Sufficiency of the Gospel

1 Corinthians 15.1-2
Now I would remind you, brothers, of the gospel I preached to you, which you received, in which you stand, and by which you are being saved, if you hold fast to the word I preached to you—unless you believed in vain.
By Leonard Ravenhill
In 1912 H.G. Wells said, “It is possible for us to have a new race of people by intellectual and biological processes. We don’t need the Bible, we don’t need the church, we can pull down the hills of wealth, we can fill up the valleys of poverty.”
And then a shadow came over the sky. We had the 1914-18 war.
In 1939 came the 2nd World War.
H. G. Wells had written his outline of history, but the last book he wrote, in the middle of World War II, was not this rosy optimism. His last book was Mind at the end of it’s Tether. And he said, “There is no hope for humanity.” And he said one more sensible thing, “There is a little cavity somewhere in the human breast which can be filled by God and only by God.”
We miss the mark telling people who are morally good, and very excellent many of them, that Jesus Christ came into the world to make bad men good. He did not. That’s a fringe benefit.
The first argument God has with a man is not that he’s bad, it’s that he is DEAD in trespasses and in sin. And Christianity is the only Gospel in the world, the only message in the world, where a man’s God comes and lives inside of him.
I believe one key to the apostle Paul’s life was this, “This – one – thing – I – do.” He lived God. He thought God. He prayed God. That’s all.
He’d had a vision of the cross, he’d had a vision of the resurrection power.
He’d realized the greatest thing this side of eternity is to be a God filled man. And goes out and proclaims that message, whether he goes to Jews, to barbarians, the Greeks, the intellectuals. He is as at home in the intellectual capital of the world, Athens, as he is in the religious capital of the world, Jerusalem.
— Excerpt from Weeping Between the Porch and the Altar.