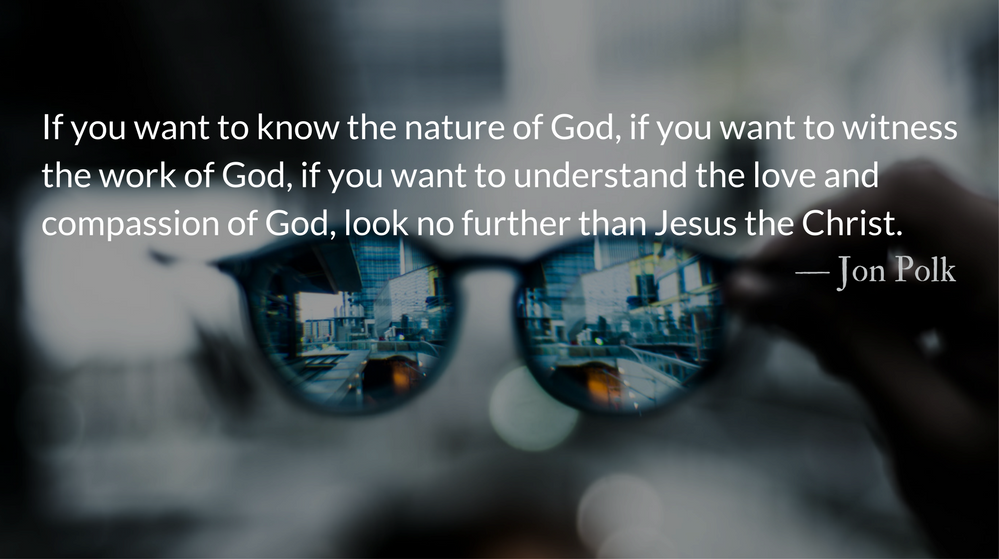 Scripture: Hebrews 1.1-2a
In the past God spoke to our ancestors through the prophets at many times and in various ways, but in these last days he has spoken to us by his Son….

I am excited for the next two weeks as Jon Polk takes us on a deep dive through the book of Hebrews starting with this expansion of its beautiful opening passage. Hebrews is rich ground and I’m looking forward to what Jon has for us. — John

Abraham, by faith, left his home and set off with his family on a journey to an unknown promised land, but he was not called the Son of God.

The deliverer, Moses, by the power of God, led the children of Israel out of captivity in Egypt and became their spiritual leader. He was used by God to reveal the law and the commandments, yet he was not called the Son of God.

The great king, David, indeed, the greatest of all the kings of Israel, was known as a man after God’s own heart, but he was not called the Son of God.

Isaiah, Micah, Jeremiah, Joel, Hosea and all the other prophets were the very mouthpiece of God, proclaiming truth to the people of Israel, yet not one of them was called the Son of God.

There is only one through whom God created the universe.

There is only one who is the radiance and majesty of God’s glory.

Only one who upholds all things by his mighty, powerful word.

Only one who, through his sacrifice, provided cleansing for sin.

And only one who sits at the right hand of God in heaven.

This is the one who is called the Son of God. The one through whom God has spoken to us in these final days. He is God’s Final Word.

Jesus, the Son of God, the Christ, the Messiah, the Liberating King, is the exact representation of God’s being. In Jesus, we see the fullness of God’s character. There has never been and will never be a clearer portrait of God than the person of Jesus himself.

Jesus alone is the Son of God.

The Request for Presence
You are the star of the morn

You are the day newly born

You are the light of our night