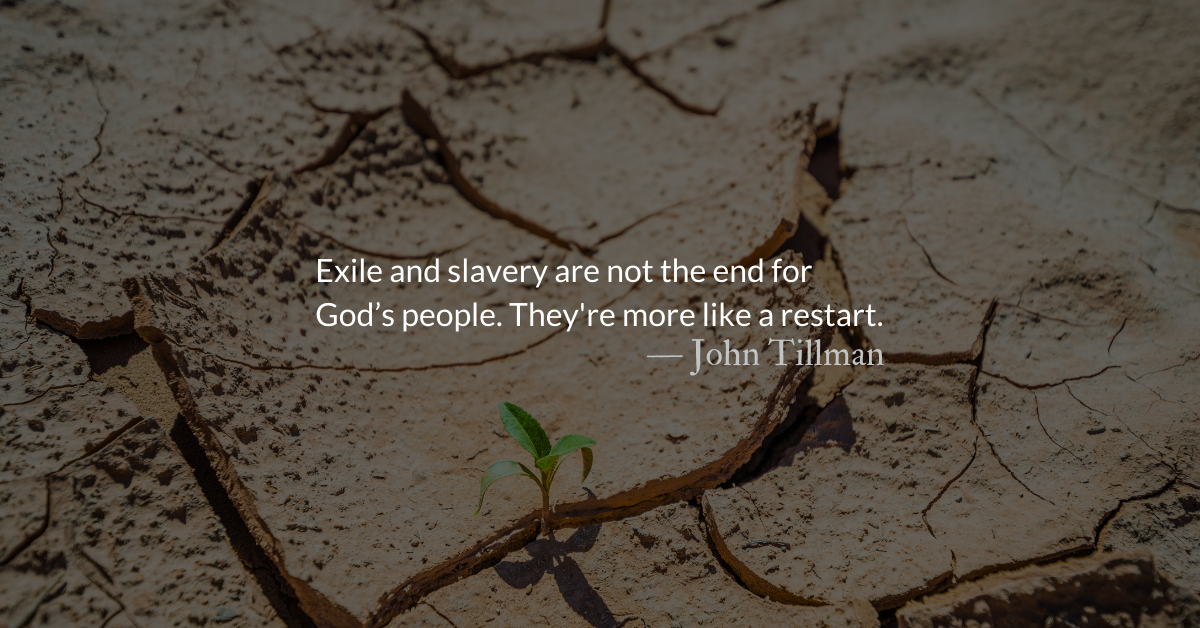 Scripture Focus: 2 Kings 25.28
28 He spoke kindly to him and gave him a seat of honor higher than those of the other kings who were with him in Babylon. 29 So Jehoiachin put aside his prison clothes and for the rest of his life ate regularly at the king’s table. 30 Day by day the king gave Jehoiachin a regular allowance as long as he lived.

Even the Babylonian destruction and exile, with all its violence and extreme practices, could not stop the purposes of God to bless the world through the people he chose.

Jeremiah told Jehoiachin that “even if he was a signet ring on my right hand, I would still pull you off.” (Jeremiah 22.24) However, Jehoiachin did surrender to Babylon rather than rebelling against him like other kings before and after him.

Perhaps it was this surrender that eventually led to him being restored to some status by the Babylonian king. It is unrecorded in canonical scripture, but Rabbinical tradition assumes that Jehoiachin repented of his wickedness while in captivity. This is shown in how God seems to lift the curse on Jehoiachin that was pronounced by Jeremiah.

Jeremiah stated that Jehoiachin should be “childless” and that no son of his should sit on David’s throne or rule. However, after many years in chains and captivity, the repentant king is restored.

Restoration begins with repentance. Exile and slavery are not the end for God’s people. They’re more like a restart. Israel had been enslaved when he called them out of Egypt. He would soon call them out of Babylon as well. In Egypt, Israel started as honored residents of the nation and ended up as slaves. In Babylon, the pattern reverses.

We, when we repent and return our affection to God, are lifted out of the prison of our sin and seated at the table with Christ. May we put aside our prison clothes, dress in Christ’s righteousness, and walk in freedom that produces justice.

Divine Hours Prayer: The Greeting
Save us, O Lord our God, and gather us from among the nations, that we may give thanks to your holy Name and glory in your praise. — Psalm 85.10

Read more about The Exodus and The Return
There are two different examples in scripture of God setting his people free from oppressive captivity and parallels in the New Testament to go along with them.