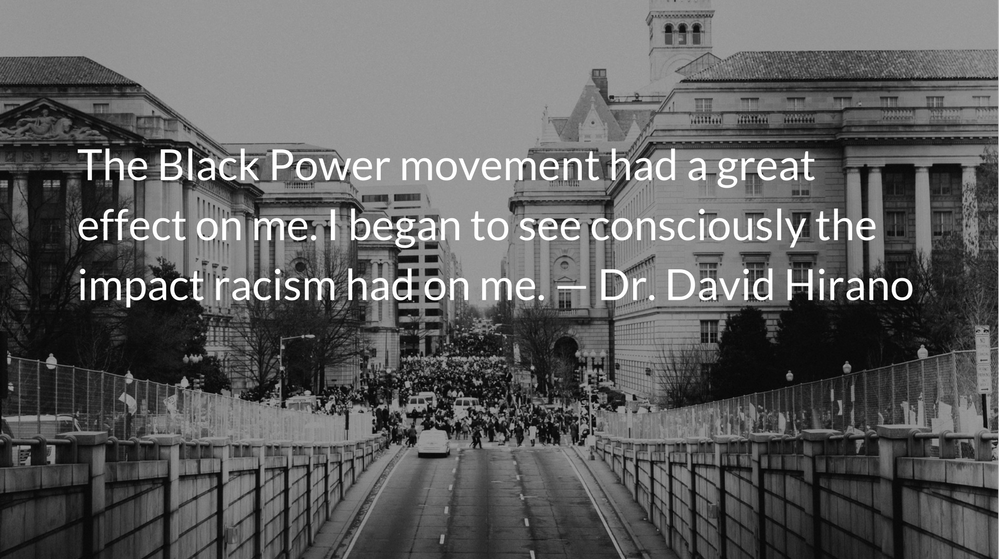 Racism is Not a New Challenge

We take a look, this week, at the overarching theme in Acts of the Holy Spirit’s work to overcome racism in the early church and its implications for us today. — John

Scripture: Acts 18.6
When they opposed Paul and became abusive, he shook out his clothes in protest and said to them, “Your blood be on your own heads! I am innocent of it. From now on I will go to the Gentiles.

Reflection: Racism is Not a New Challenge
By John Tillman

In Dr. David Y. Hirano’s autobiographical account, included in Stormy Road for This Pilgrim by Dr. Nelson Hayashida, he discusses his role as a Japanese American minister attempting to mediate between White Christians in a Boston suburb and the Black Power movement.

While working in the local church I was also working for justice on the denominational scene. I thought that I, who was neither black nor white could mediate between the two.

The Black Power movement had a great effect on me. Even though I did it laughingly I could speak of “yellow power.” In working with black people I was finding my own identity. I began to see consciously the impact racism had on me.

No matter our racial identity—whether we are a minority or majority in our context—racism has an impact on each of us. Racism was a given in every ancient culture. (And if we are honest it is in ours as well.) The early followers of Christ were not exceptions to this cultural racism.

Many Jews, although a persecuted minority, had lost the original meaning of being chosen by God to bless the other nations of the world. Instead, being “chosen people” had become the root of an attitude of racial purity and exceptionalism. It is partly this exclusionary attitude that drives Paul, a “Hebrew of Hebrews” to abandon speaking to his own people about Jesus and to devote his life to ministering outside his race.

Dr. Hirano experienced similar frustration in his work to mediate racial tensions during the Civil Rights era, such that he eventually focused his efforts elsewhere.

The gains we made came hard and took a long time. There were people hurt by them and relationships were strained…if white racism was to be eliminated, then white people had to do the job themselves.

Dr. Hirano’s observation from the depths of the Civil Rights movement is still true today. The church—whether the early church, that of Dr. Hirano’s and Dr. King’s generation, or the church of our generation—doesn’t struggle with racism because Christians are racist, but because humans are.

Each generation must deal with racism. Racism is not a new barrier to Christianity or a new challenge that Christians must now navigate. Part of the story of Acts is the story of the Holy Spirit smashing every barrier between the message of the Gospel and the peoples of the world. One of those barriers was the racism of the early Christians and their surrounding cultures.

Our modern world would little care about racism if Christianity had not led the way slowly over 2000 years in proclaiming the equal value of all men before God. But gains of the past have been hard won and can be lost. We must continue to find identity in Christ and escape the cultural traps of racial identity or apathy. We must not fail to contend for the oppressed and to keep our hearts soft to cries for justice.