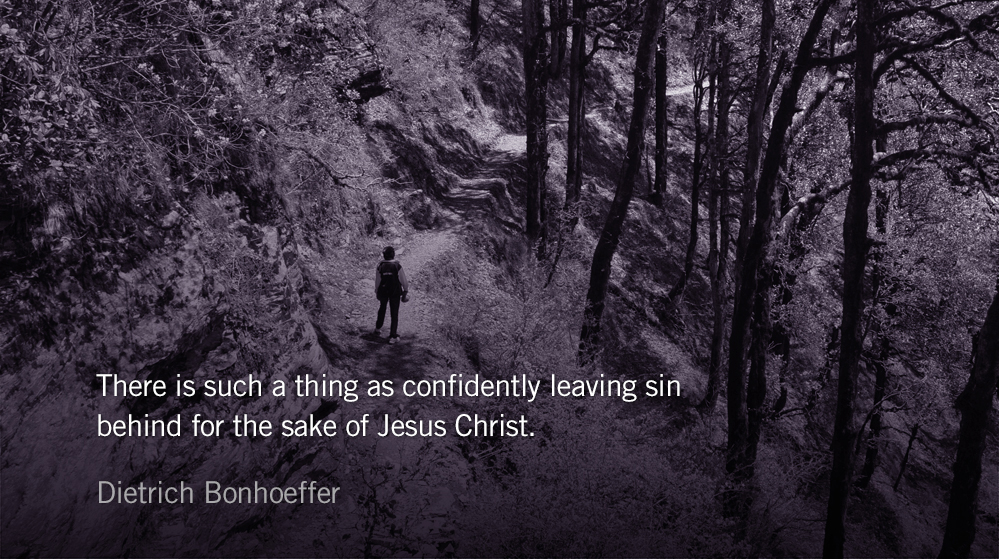 Praying Beyond Confession :: A Lenten Reflection

“Believing Christians have something to say not only about their guilt, but also something equally important about their innocence and righteousness,” Dietrich Bonhoeffer wrote. In exploring the Psalms as a guideline for prayer the theologian, who we read yesterday, explains:

It is often particularly striking and objectionable to the Protestant Christian that in the Psalter the innocence of the pious is spoken of at least as often as is their guilt. Here seems to be evidence of a residue of the so-called Old Testament righteousness through works, with which the Christian can have nothing more to do. This point of view is completely superficial and knows nothing of the depth of the Word of God.

The reality of “leaving sin behind for the sake of Jesus Christ” brings striking balance to the prayers of the Psalms. In Psalms: The Prayer Book of the Bible Bonhoeffer shows that for each Psalm of confession there is another Psalm proclaiming righteousness.

Recalibrating our own prayer life to this balance of confession and celebration is not just a matter of changing our language—but all allowing Christ to heal and restore our hearts and minds. Bold trust in grace rebukes self-condemnation, rooting our identity in the rich soil of Christ’s work. Bonhoeffer concludes:

If in other respects we take God’s action toward us at all seriously, then we not only may, but plainly must, pray in all humility and certainty: “I was blameless before God, and I kept myself from guilt”; “If you test me, you will find no wickedness in me.” With such a prayer we stand in the center of the New Testament, in the community of the cross of Jesus Christ.