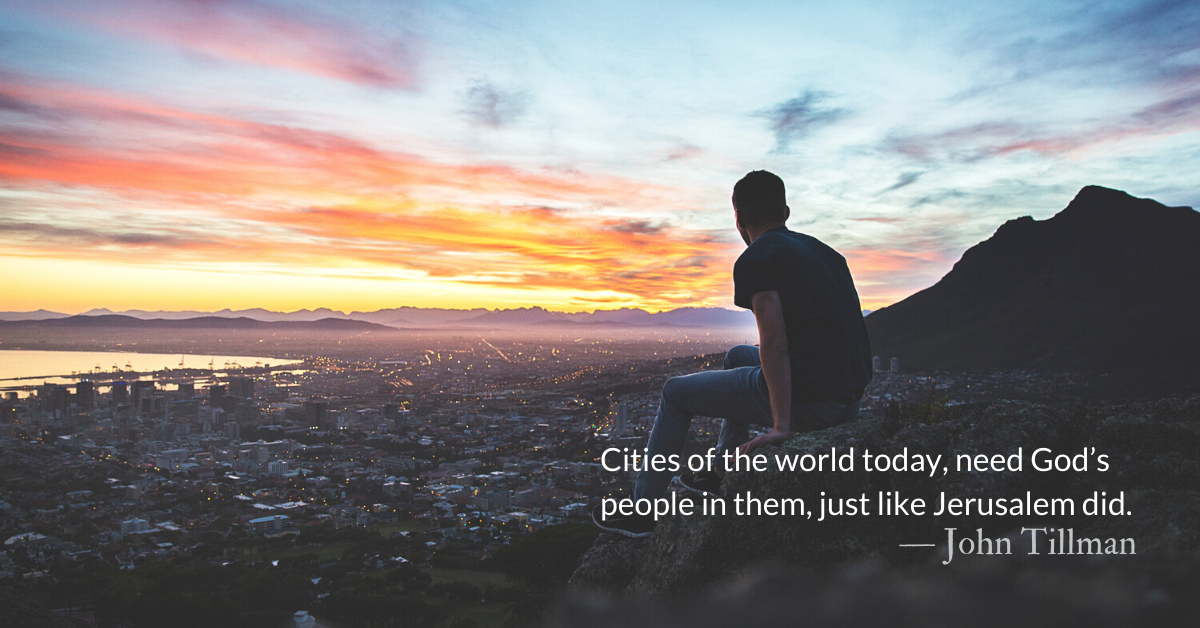 As we wait for the day we will live in the New Jerusalem, let us not abandon the “Jerusalems” in our own nations.
May we, the church, pray earnestly for cities and ask the Holy Spirit to prompt us what we can do to help the most helpless, and confront the most powerful.
May we make our light shine through good deeds, showing God’s mercy and his grace to us, and turning slums and suburbs into cities on a hill.

Read more about Christ: Temple, River, and City
Christ is our city. He is our refuge and rest—our strong tower and protected place—our park of peace in the midst of a frantic and fracturing world

Read more about Christ, the True Hero
It is Christ, not us, who is the hero of our cities and our world.