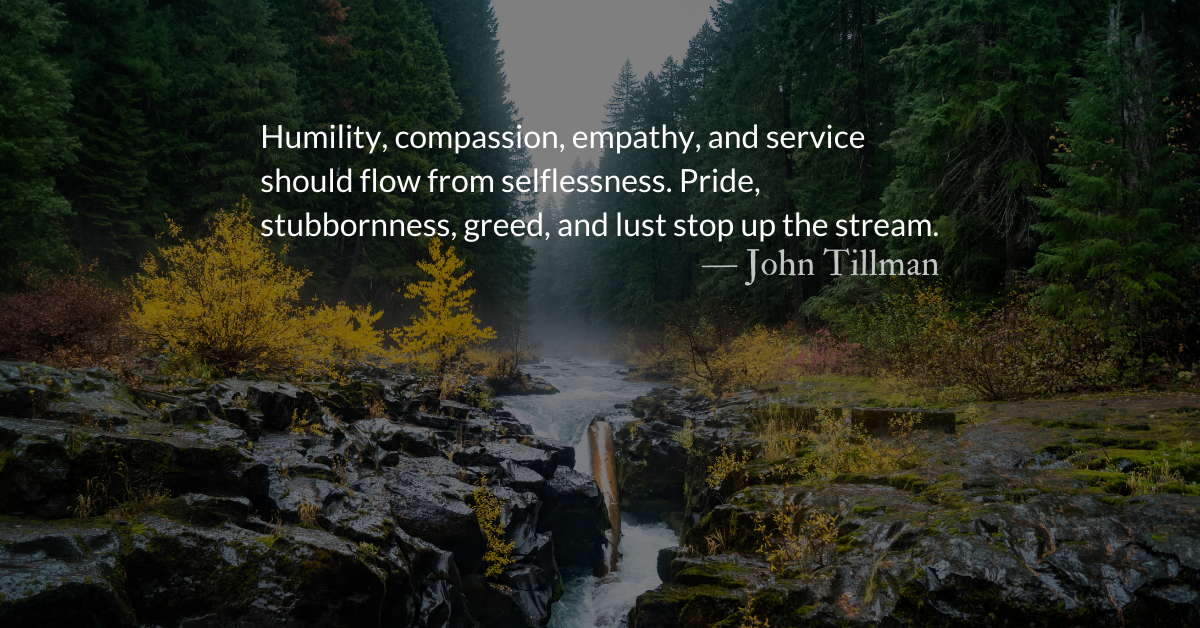 Scripture Focus: Genesis 42.1-2; 18-24
1 When Jacob learned that there was grain in Egypt, he said to his sons, “Why do you just keep looking at each other?” 2 He continued, “I have heard that there is grain in Egypt. Go down there and buy some for us, so that we may live and not die.”

18 On the third day, Joseph said to them, “Do this and you will live, for I fear God: 19 If you are honest men, let one of your brothers stay here in prison, while the rest of you go and take grain back for your starving households. 20 But you must bring your youngest brother to me, so that your words may be verified and that you may not die.” This they proceeded to do.

21 They said to one another, “Surely we are being punished because of our brother. We saw how distressed he was when he pleaded with us for his life, but we would not listen; that’s why this distress has come on us.”

22 Reuben replied, “Didn’t I tell you not to sin against the boy? But you wouldn’t listen! Now we must give an accounting for his blood.” 23 They did not realize that Joseph could understand them, since he was using an interpreter.

24 He turned away from them and began to weep, but then came back and spoke to them again. He had Simeon taken from them and bound before their eyes.

For a bunch of grown men who felt threatened by their 17-year-old brother’s visions of leadership, Joseph’s older brothers don’t seem to exhibit much.

The brothers don’t exactly have a history of great decisions or good leadership. They bicker, blame one another, and claim, “I told you so,” when things go badly in Egypt.

Joseph tells the brothers directly that he is testing them but we don’t know the intended extent of that test or what was in Joseph’s mind at that time. Perhaps Joseph only intended to manipulate them to see his full brother, Benjamin. Perhaps he intended to keep Benjamin to save him from the brothers who he remembered as abusive and sinful traitors. Perhaps he only wanted to see their reactions to his threat, similarly to Solomon’s test in which he threatened a baby’s life to discover who truly loved the child. (1 Kings 3.25-27)

These failed leaders grow over the next few chapters. They grow in compassion. They grow in unity. They grow in the capacity for self-sacrifice. But the most symbolic moment which shows growth in selfless sacrifice came when Judah offered himself to Joseph as a slave in Benjamin’s place.

Judah was the one who proposed selling Joseph into slavery in the first place. He selfishly and vengefully sold Joseph into slavery because Jacob loved Joseph more than him. But in a dramatic and emotional speech, the slave-seller offered himself in slavery to save Benjamin and spare his father further pain. This action may be why Joseph made his decision to trust the brothers with his identity.

Jacob’s sons all grow in leadership through suffering and emotional trials. Tests of leadership are almost always connected to selflessness. Humility, compassion, empathy, and service should flow from selflessness. Pride, stubbornness, greed, and lust stop up the stream.

Trials, famines, pandemics, insurrections, and conflicts have come and will continue to come. In this world, we will have trouble.

May we, no matter the trouble we face, allow the Holy Spirit to remove things that block the flow of selflessness. Especially in crises, we need selfless leadership.

Divine Hours Prayer: The Call to Prayer
For the Lord God is both sun and shield; he will give grace and glory;
No good thing will the Lord withhold from thse who walk with integrity.
O Lord of hosts, happy are they who put their trust in your! — Psalm 84.10-12

Read more about Seeking God’s Servant
God’s servant is different than expected of a king or worldly leader. This servant will not shout…will not use violence…will be led by God in seeking out righteous justice.