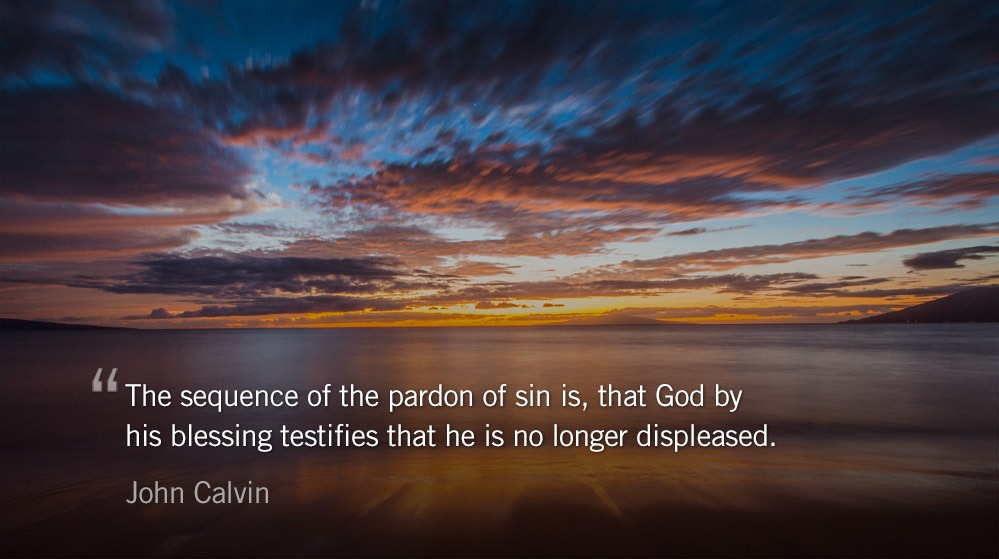 John Calvin — Excerpt from Commentary on the Book of Psalms (1557)

Psalm 85.2
You forgave the iniquity of your people; you covered all their sin. Selah

It was very natural for the faithful to feel alarmed and perplexed on account of their sins, and therefore the prophet removes all ground for overwhelming apprehension, by showing them, that God, in delivering his people, had given an irrefragable proof of free forgiveness.

He had before traced this deliverance to the mere good pleasure and free grace of God as its source; but after it was wrought, the iniquities of the people having separated between them and their God, and estranged them from him, it was necessary that the remedy of pardon should be brought to their aid.

In saying that their iniquities were taken away, he does not refer to the faithful being reformed and purged from their sins, in other words, to that work by which God, sanctifying them by the Spirit of regeneration, actually removes sin from them. What he intended to say he explains immediately after. The amount, in short, is, that God was reconciled to [his people] by not imputing their sins to them.

When God is said to cover sins, the meaning is, that he buries them, so that they come not into judgment, as we have shown more at large on the 32d psalm, at the beginning. When, therefore, he had punished the sins of his people by captivity, it being his will to restore them again to their own country, he removed the great impediment to this, by blotting out their transgressions; for deliverance from punishment depends upon the remission of sin.

Thus we are furnished with an argument in confutation of that foolish conceit of the Sophists, which they set forth as some great mystery, That God retains the punishment although he forgive the fault; whereas God announces in every part of his word, that his object in pardoning is, that being pacified, he may at the same time mitigate the punishment.

The sequence of the pardon of sin is, that God by his blessing testifies that he is no longer displeased.