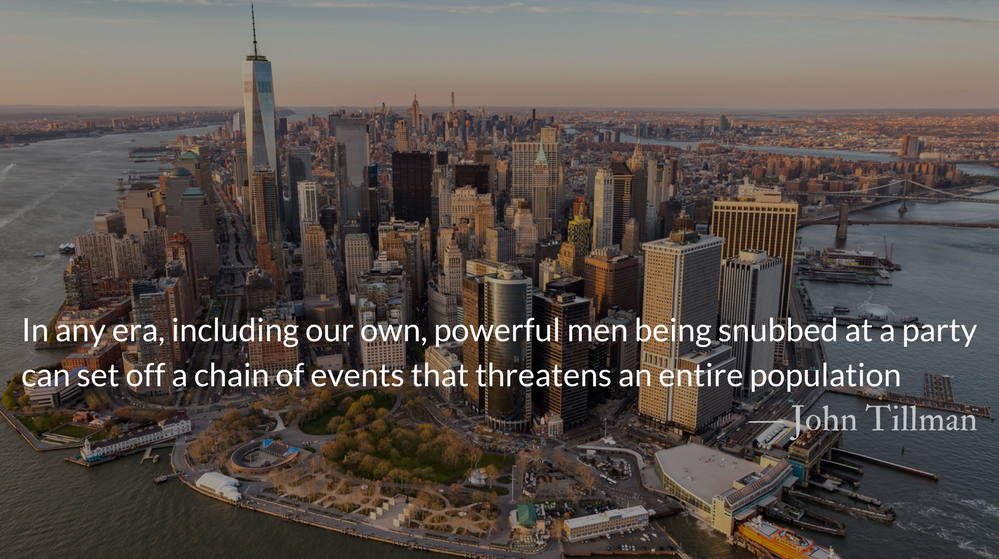 Scripture: Esther 1:22
He sent dispatches to all parts of the kingdom, to each province in its own script and to each people in their own language, proclaiming that every man should be ruler over his own household

It is perhaps most fitting that a book titled for it’s heroine, Esther, begins with a tale of fragile male ego. In what amounts to not answering her husband’s Facebook event invite, Vashti commits what, to the assembled, powerful men of the land was a grievous wrong.

The legislation that ends Chapter one is the desperate shutting of the door on an already empty barn. It is descriptive—telling us of the foolish actions of men. It is not prescriptive—telling us how men should deal with women. The men who utter it are the bumbling fools of the story, not the heroine.

And the next step taken, to replace Vashti, is the first step in bringing to power a woman who will do something more unusual than refuse the king’s presence. She will command his attention instead. She will condemn to death men close to him. She will issue commands to the leaders of his people and change the course of history.

The Call to Prayer
But I will call upon God, and the Lord will deliver me.
In the evening, in the morning, and at noonday, I will complain and lament,
He will bring me safely back… God, who is enthroned of old, will hear me. — Psalm 55.17ff