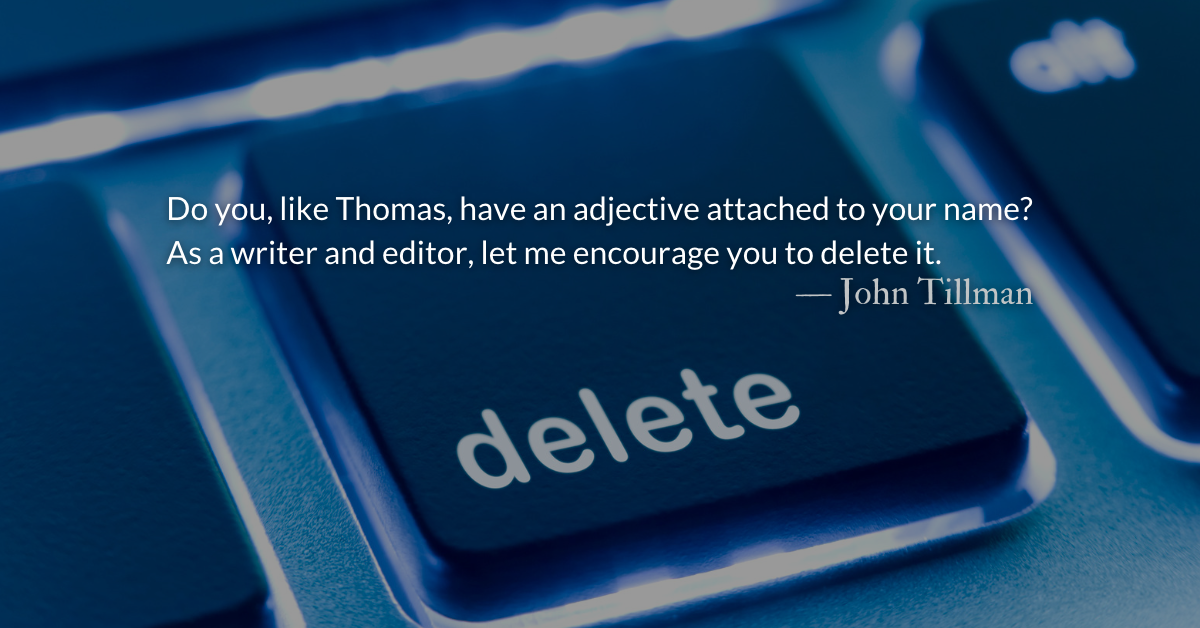 Scripture Focus: John 20.3-10; 28-29
3 So Peter and the other disciple started for the tomb. 4 Both were running, but the other disciple outran Peter and reached the tomb first. 5 He bent over and looked in at the strips of linen lying there but did not go in. 6 Then Simon Peter came along behind him and went straight into the tomb. He saw the strips of linen lying there, 7 as well as the cloth that had been wrapped around Jesus’ head. The cloth was still lying in its place, separate from the linen. 8 Finally the other disciple, who had reached the tomb first, also went inside. He saw and believed. 9 (They still did not understand from Scripture that Jesus had to rise from the dead.) 10 Then the disciples went back to where they were staying.

28 Thomas said to him, “My Lord and my God!”
29 Then Jesus told him, “Because you have seen me, you have believed; blessed are those who have not seen and yet have believed.”

Bible scholars love a good joke or humorous moment in scripture. One that frequently provides levity is noticing that John seems keen to point out that he outran Peter to the tomb. Even though Peter entered first, John notes, twice, that he was the first to arrive. We imagine Peter reading it, saying, “Okay. We get it, John. You’re fast.”

But that’s not all John arrived at first. John was the first to arrive at the conclusion that Jesus was alive without seeing Jesus in the flesh. After hearing the testimony of Mary Magdelene, racing Peter to the empty tomb, and going in to see the carefully arranged graveclothes, John believed. Others needed more convincing.

The most famous of these, of course, is Thomas. Thomas also beat Peter to something. Thomas was the first disciple to express that he was willing to die with Jesus. That’s exactly what Thomas expected when they returned to Bethany before Lazarus was raised. (John 11.16)

Thomas had good moments but history remembers and has named him for his worst moment. Thomas’s doubt is part of his story, but it is not his whole story. His doubt teaches us the important lesson that the disciples investigated the evidence and were convinced utterly that Jesus was alive. Thomas’s doubt helps our certainty. But his doubt isn’t his identity.

Jesus doesn’t want you, or Thomas, to be defined by your lowest moment. Jesus didn’t give Thomas the nickname “doubting” and Jesus doesn’t have a nickname for you based on your failures either.

Coming to faith in Jesus isn’t a race to be won. You can be quick to believe, like John, confused, like Peter, or cynical, like Thomas. Keep searching among the community of faith. Jesus will show up searching for you, bringing new and better adjectives.

We can edit our identity because of Jesus. He takes our descriptors and gives us his. We were sinners. Now we are righteous. We were dead. Now we are alive.

Do you, like Thomas, have an adjective attached to your name? As a writer and editor, let me encourage you to delete it. What adjectives do you carry with you? Doubting? Wounded? Worthless? Unreliable? Delete them and accept the new descriptors that are given to us in Jesus:
Forgiven
Accepted
Beloved
Included
Purposeful
Sent

Your defining moment is no longer your lowest moment. It is Jesus’ victory through the cross and resurrection.

Read more about First to Believe Without Seeing
Another “first” to note in the resurrection appearances of Jesus, is the first person to believe that Jesus was resurrected without seeing him.

Read more about Supporting Our Work
We want to not only continue but expand our work in 2023. Please consider becoming a monthly donor to help us reach more people.